Fastest, safest and easiest: An inside look at FreeCharge 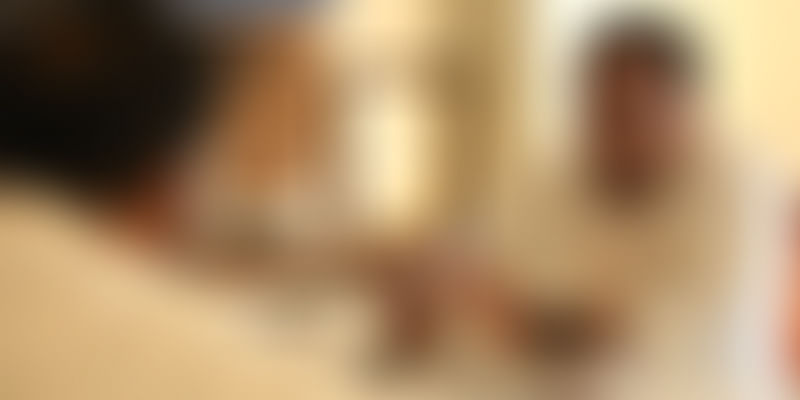 This article is sponsored by FreeCharge.

It was November 8 and Prime Minister Narendra Modi had just announced the demonetisation move.

Govind says, “Even before I picked up my baggage, we synced up and decided to what had to be done next. The first day after demonetisation was announced, saw wallet load transactions increase by 12x. The second day, that number had increased by 10x. “We had never seen something like that happen earlier,“ says the CEO.

The days that followed saw some extremely intense action happening at FreeCharge.

“The game has shifted from getting a consumer to be aware of what an e-wallet does to responding quickly and making the connections happen in a way that’s good for both consumers and merchants. What changed for us was that we were not knocking on anyone’s doors – it was the other way round. There has been a lot of inbound interest.”

Between November 9 and 15 – just one week – FreeCharge witnessed a 1500 percent increase in wallet load transactions by value, in comparison to daily average for the previous month. Transaction volumes were up by 900 percent in the same seven days.

How did Freecharge manage the sudden surge in business?

“Our people have been working round the clock. People from our group companies are pitching in to help. Projects have been reprioritised and staff working on those projects have been redeployed. The good part is that we were working on scaling up and this happened at a time when we were able to absorb the opportunity,” he says.

He adds, “The morale in the team is high. We know there’s lot of work to be done. The teams are able to see the big benefit that we are a company will get and the real impact it will have for consumers.”

Even though transaction value and volumes have gone through the roof, there has been no negative impact on consumer experience or security.

“We have scaled up without any problems,” the CEO says with pride, adding, “This is a testimony to the architecture and payment systems that we have built. Security and privacy have been built into the DNA of our systems, making it robust. We have enough data to prove that we are way better than any other wallets. We are the most secure digital transaction system in the country today It’s just the beginning of a huge opportunity.”

Fareed Jawad’s day at Freecharge begins by having to answer the question: How did we do yesterday? As Vice President and Principal Architect – Payments, he’s the one who looks at what he calls the ‘bread-and-butter’ metrics (transaction numbers, success rate, fraud numbers, etc.) and investigates any data point that isn’t where it should be.

“For every single transaction, there are at least five ecosystem players involved – the customer, the merchant, the aggregators, the acquirers and the issuers. So there are many factors that are out of our control. Yet, if you look at our payment success rate or the pace of transactions, we are way above the industry standard,” he points out. A payment transaction on the FreeCharge platform takes less than 10 seconds, while the industry average in 180 seconds.

“This has been possible because we have built a lot of down-stream assets and intelligent dynamic routing system. This means our proprietary algorithms will figure out what is the best possible way to complete a transaction,” says Fareed. He adds, “The other integral elements to the transactions are data privacy and security. For this, we have a strong fraud management system in place, which means we monitor trends and are able to figure out anomalies faster.”

FreeCharge has built its own (in-house) risky-transactions management platform and has a dedicated risk and security team that looks at patterns so that they are always ready to respond to any and every kind of fraudulent actions. The risky-transactions management platform has been built purely based on Indian data and not global data, making it even more robust and trustworthy. The security codes and algorithms are all developed in-house and are fully scalable.

Passwords of users are never stored in the Freecharge system. All passwords are encrypted using one way non-reversible keys which makes it impossible to abuse. Freecharge has assigned every single bank account of the country to pin codes and has a database of ‘risky transaction pin codes’.

The systems at Freecharge are designed to study 500-600 parameters of the mobile phone and over time have become robust to raise flags when a suspicious transaction are recorded. Driven by the belief that security is more important than transactions, FreeCharge doesn’t allow consumers to complete the payment transaction if their systems detect anomalies in the background. In fact, every single transaction is backed by a set of 500 checks in the background.

There are a number of parameters that are defined to ensure the device is secure, the location is in conjunction with your past history, where they are sending the money. “For instance, There are many locations in the country which are fraud prone. If you are doing a transaction from that location or sending money to that location, FreeCharge is extra careful,” says Fareed.

With this strong foundation, FreeCharge is now accelerating their product map in terms of innovations for merchants and consumer.

“For instance, post demonetisation, we have made it super easy and secure for merchants to go cashless without any investment. All they need to do is download the app, share the necessary documents online, and within the next 30 minutes they can complete a payment. This has speeded up our adoption rate.”

Between November 9 and 15, FreeCharge has seen more merchant transactions than it did in all of September – the volume grew by 10x, while value grew by 7x. They are seeing several lower value transactions reflecting everyday use - for cabs (Mumbai Kaali Peeli, Uber, Meru), bus (redBus), grocery stores and chemists. There has been a surge in payments at food delivery places, which account for 50% of merchant transactions. This includes Swiggy, Foodpanda and local neighborhood joints like Barista, CCD, Haldiram, Mc Donald outlets as well.

The last few months have seen FreeCharge bring in several changes to product to make the user experience better and introduce features that promote ease of use and provide distinct advantages – be it enabling self-service merchant onboarding or allowing merchants to accept payments in different modes even when the customers have low or no internet connectivity. For instance, in places where Internet connectivity is low, all the customer needs to do is show the merchant the QR code on their phone; the merchant scans it and the transaction is done without having to wait for a pin. “The aim of introducing such features is to bring down significantly the transaction time, because customers and merchants hate transactions that take time or are complicated,” says Ishan Vaish, Director - Consumer & Growth Products at Freecharge.

Some of the features that have worked well with customers are the bill payment reminders and auto pay. The reminder feature alerts customers 2-3 days in advance of their bill due dates so that they don’t end up having to shell out a penalty. Once consumers sign up for the auto-pay feature, their phone recharges (pre-paid) and bill payments (electricity, water) get automated. Other features popular with customers are the contextual reminders based on data patterns and heuristics, not to mention the super-saver tips.

An interesting feature that FreeCharge introduced last year is WhatsApp payments. “That was our attempt to get the consumer to transact when they are not on FreeCharge,” says Ishan.

Freecharge is also enabling greater adoption of cashless transactions through a number of industry-wide collaborations such as enabling UPI-based payment for Axis Bank customers, being accepted at more than 53,000 petrol pumps and 17,000 LPG distributors and enabling customers to make donations.

“In the context of demonetisation, we have simplified many processes, shelved some of the bells and whistles to make the interaction easier for our users,” says Ishaan, adding,

“At FreeCharge, customer experience is the pinnacle of what we do. And it’s driven by three factors – speed, showing relevant information and discoverability.”

How to do things better?

“We want to become the number one payment processing and checkout company."

Online consumers are our top priority – greater penetration in food and dining, travel and entertainment sector. We are following up that with building alliances with industry bodies, so that we can reach out to a vast consumer base more easily.”

He believes that demonetisation has provided a great impetus to FreeCharge’s efforts in powering cashless transactions and encouraging its popularity and that the startup is well-geared to meet the demands. Among the many things that have accelerated FreeCharge’s growth is its “user interface and user experience strategy – No typing, only tapping. This has helped our customers complete a transaction in less than 10 seconds,” says Karthik.

It is here that FreeCharge’s creative design team has played an instrumental role. Over the last six months, the team has worked on making the app icon-centric, thus breaking language and mental barriers. Jojo George , Bonie Varghese and Yasar TA, part of the design team, say,

“Design has two aspects – communication and aesthetics. Our primary focus was communication, so we worked on creating and using minimal design in the app. Using icons was intentional, because imagery does not need the support of a language. We also developed the two-colour palate in the app to enable brand recognition.”

A team that reflects the culture at FreeCharge

Today at FreeCharge, every team is working harder than ever before. The Engineering team is working on bringing in cutting-edge approaches to solve business problems, create architecture and design to derive solutions. “The high focus on impact and ownership allows every engineer the freedom to experiment and innovate,” says Ishan.

The Product team is designing game-changing solutions and offerings to consumers and constantly brainstorming on what the next offering can be. Meanwhile, the designers at FreeCharge are turning imagination into ideas and shaping an image for Freecharge. And given the data-driven nature of the company, where analytics is ingrained in decision-making across all verticals, marketing analytics ensure that each user is catered to differently, with targeted offers focused on improving user retention. Product analytics helps deliver easy-to-use and fine-tuned products based on a deep understanding of user behaviour; it also offers solutions to other tough problems such as fraud.

Helping the company acquire, onboard and manage strategically important partners to achieve business goals and drive user and transaction growth is the Partnership & Alliances. The team is currently busy enabling Freecharge Wallet integration with key partners and other special projects around payment products.

And helping FreeCharge in providing a very delightful experience to all its users via email, phone, social media forums, app stores and others is the Customer Success and Operations team. The team collaborates with other teams and other external stakeholders to ensure the delivery of the best seamless experience to its users. Helping all these teams is the HR, Finance, Legal & IT teams – the nerve centre.

FreeCharge has been voted India’s most secure startup and the second-most preferred wallet. With over 1 million transactions per day, it has tapped over 40 million+ users on its app. Over 70 percent of their customers are repeat customers. They transact on an average over 5 times a month which compares very well with other mechanisms like credit cards where the average is 3 times a month. This speaks volumes for its people, processes and product.

At the end of the day even when the pressure is high, “We are still having fun,” says Jojo. He beautifully sums up,