From Orissa to Dubai - the tackling-twelve, India's National U-18 girls Rugby team 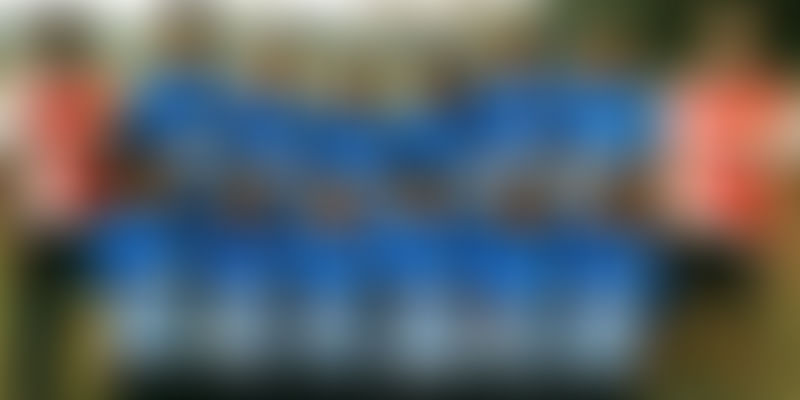 While some girls found an outlet to their brimming talent in a sport that is a test of mind as well as matter, others gave vent to their rage, as they get the freedom to knock down an enemy and stop at nothing but a try. Some others savour the long-due justice of matching shoulders with boys and competing on a level-playing field with them, and others relish the satisfaction of filling their parents with unlikely pride. Sakshi Malik, Dipa Karmakar and PV Sindhu sparked a fire in the hearts of these daughters of the Indian playground, further fanned by Rugby Seven’s inclusion in this year’s Olympics, contributing to its increased popularity all over the world.

Rugby India is bringing up talent from the grassroots and giving them the limelight they deserve. Along with Societe Generale, which is the title sponsor of the Indian national rugby sevens team across all categories—senior, junior and women—it conducted a rigorous selection process to scour through talent across the nation and ready the under-18 women’s squad that will play for India internationally. Twenty-four girls were shortlisted based on their performance in two events: All India U18 Club National Rugby Sevens Championship, Chennai, and Societe Generale Junior National Rugby Championship 2016, Mumbai. These girls, who hail from New Delhi, Bihar, Kerala, West Bengal, Maharashtra, and Odisha, then went on to a selection camp held in Mumbai, after which the group was whittled down to 12. They are now representing the country at Dubai's inaugural Under-18 Asian Girls Rugby Sevens Championship.

Meet the u-18 girls rugby team, that comes from diverse backgrounds, but stands united in their love for the game and the desire to rise above sexist stereotyping.

Ruchi Shetty: Ruchi Shetty is the uber-confident 18-year-old role model not only for the younger girls from her club who have been awed and inspired by her gumption and followed the trail blazed by her all the way to the national team, but also for the other girls in her team. From the Mumbai suburb of Mulund, she took to the sport when she was 14, when her school introduced touch rugby into their extra-curricular activities. She turned pro in 2013, and has played at prestigious international tournaments like Asian Women Sevens Championship 2016 held in Sri Lanka. She usually plays in the back position. What she loves about rugby? That feeling of flying. “No one can stop you, they have to knock you down,” she says. She is also studying to be a chartered accountant, and is pursuing B.Com at Mumbai’s Poddar College.

Shweta Sahi: Hailing from Bhadari village in Bihar’s Nalanda district, this 18-year-old has been knockin’ em down, literally, since she was 14, and turned pro at 16, when she made her debut straight at the national level. She plays as a back, too. While her mum feels that she’d be better off not playing a sport this brutal, her maternal uncle opines that she mustn’t leave her house at all. Her father, though, is the saviour in this story. He practises with her day and night and wants to see her achieve all her goals. She represented India and secured the silver at Asia Rugby’s (ARFU) Olympic Pre-qualifiers - Asian Women Sevens Championship 2015 held in Chennai, and has even played at Sri Lanka with Ruchi. She studies science at Nalanda University,

Manjulata Pradhan: Born in Odisha’s Kandhamal village and being raised there till the age of nine, Manjulata then transferred to Kalinga Institute Of Social Sciences(KISS). She was introduced to touch rugby at 11, and there was no looking back. She is the daughter of a farmer who couldn’t be prouder. Her brother played the sport as well, and that’s how she first got interested. She represented India in London at the Touraid U-13 International Girls Rugby Tournament in 2014, where she lifted the trophy, and has played in several other international tournaments as well. Manjulata was also part of the team that represented India at Sri Lanka this October. She is currently studying Class XII at KISS.

Krutuja and Kshrutija Manglurkar: These twins from Mulund, Mumbai both fell in love with the sport together, at age 12. Now 16, they are also part of the Mumbai Strikers club along with their school senior Ruchi, and have competed two national tournaments in their career so far.They play in the forward and backward positions in the team respectively. Krutuja is studying to be an engineer, while Kshrutija is pursuing arts, both from Mumbai’s Ruia College.

Priyanka Bais: The 16-year-old from Maharashtra’s Gondia district is already a minorcelebrity in her village. Life-size posters of her adorn the lanes she grew up in, as her village celebrates her sporting excellence. Gravitating towards every sport that her school pushed her into, she took to rugby instantly, and was further egged on by her father, a police officer, who will never let her sit in peace, and constantly drives her to go out and excel. “The best part of playing and winning is seeing the pride in my father’s eyes and smile on his face,” says the player, who has competed in seven national tournaments and will be playing internationally for the first time in Dubai. Besides rugby, she has also competed in district-level tournaments in basketball and short put.

Gargi Walekar and Shraddha Lawand: This Mumbai-born-and-raised duo of classmates, clubmates and, now, teammates went to the same school as Ruchi, and also play for Mumbai Strikers. The16-year-olds both turned pro only last year, playing at the national level at Odisha, and have competed at several State-level tournaments as well. They took to the sport at the age of 12, and now occupy the forward winger and the hooker and scrum half positions on the team, respectively. While Gargi goes to the Wani Vidyalay to study science, Shraddha studies arts at Mumbai’s Ruparel College.

Rajani Sabar and Basanti Pangi: These two girls hail from the tribal belt in Odisha, and were taken in by KISS in 2007 and 2006 respectively. Both 17, they have been training in the sport since they were 10 years old. They turned pro four years ago, and were also part of the KISS team that competed in England in the U-13 category in 2014, and won the championship. Both their parents work at the family farm back in their villages, and are full of support and appreciation for their super-achiever daughters.

Lija Sardar: For theOdisha-born Lija, her life’s high point was competing and winning at England. Hailing from the Partraput village, she is also a product of KISS, and got interested in the sport watching her brother play from a young age. She turned pro at 12, and thus, brings four years of experience playing nationally and internationally. With full support from her parents, she hopes to continue playing for the nation and bring it worldwide recognition. As for her education, she is studying arts and is interested in sociology.

Rugby India reaches out to the participants through their affiliated State associations (24 playing States), district associations, and clubs (150 clubs across India). On the other hand, Societe Generale, a company that has a legacy of promoting rugby globally since 1987, will provide the necessary resources for their training and health regimes, to prepare them to compete internationally. This partnership is part of the 'Citizenship Programme' developed by Societe Generale, aiming to support underprivileged communities through education and sports in all countries where it operates.

General Manager, Rugby India, Nasser Hussain, said, “When it comes to the national rugby scene, resource and fund allocation remains to be a deterrent. Thanks to Societe Generale and the cooperation of institutions like Bombay Gymkhana, we now have venues of great calibre to practice in, and can provide the girls with the necessary equipment and nutrition to match international standards. We hope that we will build a strong national team to compete at a global level.”

Societe Generale has also extended financial support to World Rugby’s ‘Get Into Rugby’ (GIR) programme, an initiative for Rugby India to teach rugby at schools and motivate children to get into the sport. Kick-started in India in July 2013, the GIR programme has reached over 30,000 participants (42 percent of whom are women) by March 2016.