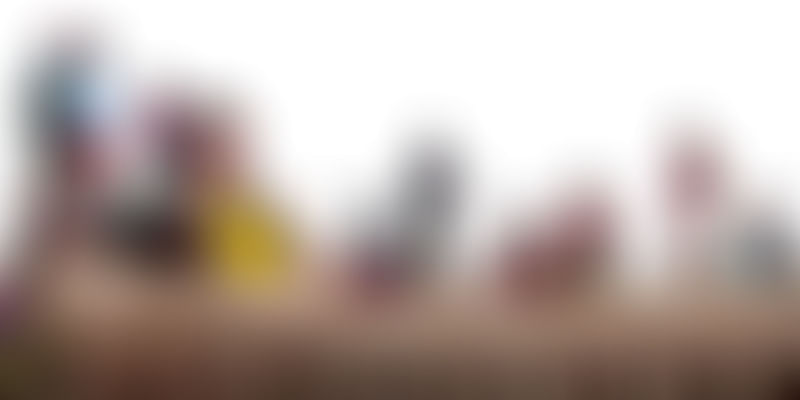 While there are distress signals all around on the salary payout day, it may be a couple of months before the cash shortage eases.

The word 'salary' has its roots in salarium (Latin) – though contested, at some point in time, a Roman soldier may have got an allowance for the purchase of salt. Come Thursday (December 1), you will see plenty of salt being rubbed into the wounds of the soldiering masses lining up to withdraw cash from automated teller machines (ATMs) and bank branches.

Twenty-four hours ahead of the first payday after Prime Minister Narendra Modi’s demonitsation drive launched on November 8, its chaos -- and some more of it -- as the struggle to get cash to pay for your monthly services intensified. If there’s one thing the strike on cash has made amply clear, it’s that cash plays a central role in our lives and will continue to do so for some time, even if the likes of Vijay Shekhar Sharma of Paytm would like us to believe otherwise.

Overnight, you can’t pay digital money to your maid, newspaper vendor, milkman, driver or watchman. Nor do they particularly like salt!

Says Shripati Acharya, Managing Partner at Prime Venture Partners: “The low-income population will continue to deal in cash and this, unfortunately, will remain to be a huge pain point for them. But we do see a change in the ecosystem. Banks which were reluctant to open accounts for low-income groups are becoming increasingly open to the idea.” The point he’s on is even in the case of daily labourers, their contractors seem to be making sure these individuals have a bank account as it is a huge pain to distribute income in cash anyway.

You can see innovation too, albeit a bit hurried. The Assam government has directed tea garden managements to take steps for opening bank accounts of its workers by December 5, and make them e-payments. The service-area bank, which had earlier opened accounts under the Pradhan Mantri Jan Dhan Yojana, would arrange camps in tea gardens to facilitate opening accounts by those who figure in the list of workers submitted by the tea-garden managements, Assam Industry Minister Chandra Mohan Patowary said today. The process is to be completed by December 5 so that wages for the week starting from that day will be paid digitally by December 10.

Adds Bala Srinivasa, Partner at Kalaari Capital: “Look, it’s simple. There is going to be pain, no one is denying it. But if you go and ask these smaller and middle-income groups, they will continue to be in support of this change, since it is hitting those who have been hoarding a lot of money, generated through unlawful ways."

Across metros, footfalls at ATMs and branches went up manifold; and the truth be told, there’s not just enough supply of cash to go around, especially Rs 500. While the Indian Banks’ Association (IBA) has issued an advisory to banks to maintain adequate cash in view of the rush at the beginning of the month, YourStory has learnt from cash logistics firms (CLF) that banks on their part are also not clear what’s exactly the reason – is it that enough of Rs 500 is not being printed or its supply is caught up in transportation hassles?

On the first aspect – printing of notes, Dhananjay Sinha, head-Institutional Research at Emkay Global Financial Service is of the view organic demand for currency notes is two billion pieces a month. “Assuming the RBI’s printing press works at 150 per cent capacity or three billion pieces a month, it would be able to meet the required replacement of 15.6 billion notes along with organic demand only by end-March 2018 way longer than the 50-day timeline,” he says.

“We are just told by banks they are yet to receive their quota (of cash). There’s nothing we can do about it,”

said a CEO of a CLF who didn’t want to be named. The issue was raised by CLFs at a meeting with Reserve Bank of India’s deputy governor S S Mundra last week. “We were informed normalcy will return soon,” said the earlier mentioned CLF’s boss.

There’s now talk of floating a global tender to get notes printed at presses abroad, but YourStory could not verify this independently.

It is learnt that only about 50,000 more of the nearly 2,20,00 ATMs remain to be re-calibrated. It will may well happen before the weekend, but the issue now is on the supply of cash. It’s something that CLFs can do little about.

It’s not clear if employees of companies have sought a “cash component” that’s given upfront as part of their monthly pay given the current crisis. In any case, there’s no way that companies can source such large amount of cash.

Payday woes will continue for a week more. An otherwise helpful step by the Centre is now adding to the headache – it eased the cap on cash withdrawal, but Mint Road is still in the midst of printing enough notes!

(With inputs from Tarush Bhalla)