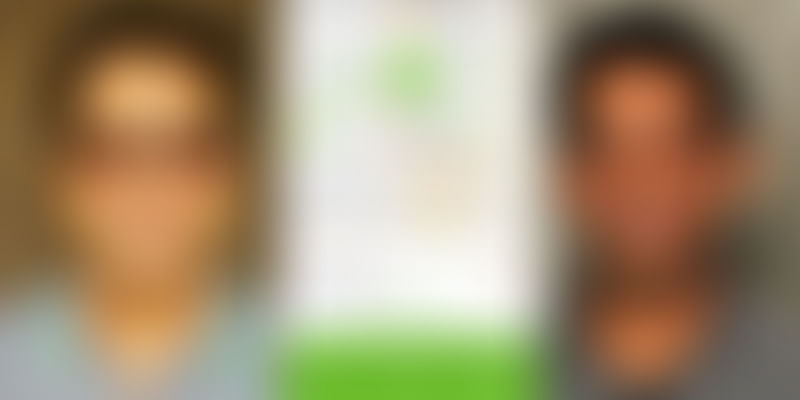 Chaos reigned on the roads with demonetisation, as one section of people scurried to exchange old notes, while the other, dependent on debit cards and regular withdrawals, struggled to access their own money at ATMs, what with the unending queues and caps placed on withdrawals. So, the money-planner app that has handheld you into saving your hard earned money better over the past year, has now released a feature that will help you blow it all up! Tiger Global and Accel India-backed Money View swiftly swung into action to create an algorithm that would help its users find ATMs that haven’t run out of cash.

Another money problem to solve

The founders at Money View (a financial planning application to tell you what’s happening with your money by letting you make manual entries as well as have an automated tracker for debit/ credit card messages received on your phone) found some peculiar activity post the announcement of demonetisation. Their research showed that only about a third of ATMs that were active pre-November 8 stayed active post it. Post November 8, ATM transaction volumes were down to about a quarter.

“Clearly, people were struggling to find cash post the demonetisation announcement. There were long queues at ATMs and cash was in short supply. But at the same time, people were willing to help one another. Even at the office, we observed that the team was calling up friends and family to figure out where cash could be arranged or borrowed from. As the leading money manager in India, we thought that it was our responsibility to help our nearly 10 million-strong user base in such times,” explains Puneet Agarwal, Co-Founder of Money View, of the origins of the idea.

The ‘Find ATMs With Cash’ feature was thus born, to show active ATMs in one’s locality, the size of notes dispensed by the ATMs and the lengths of the queues there. They have also added Big Bazaar stores, Inox cinemas and petrol pumps dispensing cash to form a comprehensive list of cash-dispensing locations.

Wondering how it works?

One simply needs to download the Money View app from the Play Store, go to the ‘Find ATMs With Cash’ feature on the app’s main menu, and see a list of all the ATMs around, with the active ones marked in green. Tapping on an ATM shows you what notes the ATM is dispensing as well as the length of the queue there.

“This is based on our user’s feedback and might not show for all ATMs. The same holds true for other cash dispensing locations too,” Puneet clarifies, adding, “We also have a desktop website, which lets you find an ATM on a bigger screen.”

To pull this off, they leveraged their 10 million user base to crowdsource information on which ATMs were active. Every time a Money View user successfully withdraws cash from an ATM, the bank sends a confirmation SMS to the user. Money View links the SMS with the location of the ATM and shows that ATM as active to all their users.

“Additionally, we also ask the user to provide additional feedback - what notes the ATM is dispensing and what’s the line like at the ATM,” explains Sanjay Agarwal, co-founder of Money View and co-creator of the feature.

Much to do, so little time to do it in

Pulling it off was a different ball game altogether, he says. “Once we realised the value this poses, we went all out to make it happen. It involved lots of brainstorming, some sleepless nights and ordering in some great food. We try to have fun while working hard,” Sanjay explains.

The rollout of this feature was nationwide, and in just a couple of days’ time at that – something that amazes Sanjay and fills him with (rather justified) pride. They currently cover over 1.5 lakh ATMs across the nation, and are continuously adding more.

One of the biggest challenges they faced was geotagging the location of the ATMs correctly. “We knew where the ATMs were, but it was difficult to pinpoint which ATM the user had withdrawn cash from, and consequently, which ATM was active at that point of time. We managed to get around this problem by developing a robust model that took a number of different parameters into account in real time. It’s a pretty comprehensive model that can now very accurately pinpoint which ATMs are active in a user’s vicinity,” he says.

As demonetisation has led to an increase in digital payments, it has also led to people seeing greater value in using a digital money manager, and hence, the app has witnessed a fifteen-fold rise in the number of downloads on any given day post the announcement. “Besides locating active ATMs, users can also keep track of their spends, pay their bills electronically and eventually invest money through our app. So, we like to believe that we’ve built a comprehensive money manager app that genuinely enhances people’s lives. The response makes us ecstatic, and it shows that we’re on the right track to providing the most comprehensive money management solution out there.”

A lot of nifty solutions have cropped up in the wake of the cash crisis the country collectively faced after demonetisation. Other apps that also help you find an ATM with cash include Walnut, CMS ATMFinder, and ATMSearch. And it only gets crazier - another service, Bookmychotu, allows you to hire an errand boy to hold your spot in the bank queue!