Meet the Coimbatore shutterbug, winner of Nat Geo nature photographer of the year 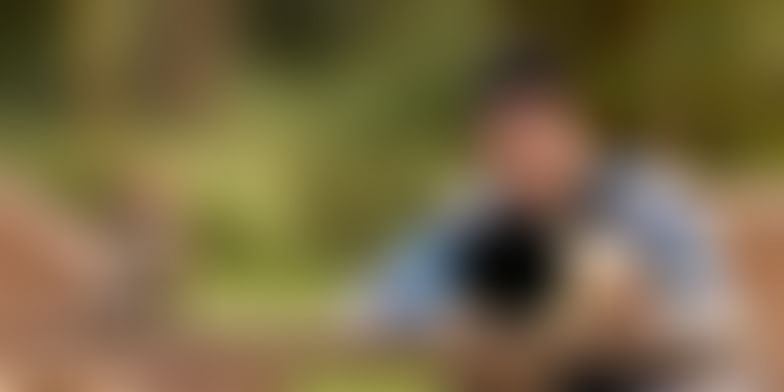 As I scroll through his collection of pictures, I'm awed not just by the perfect timing of the shots but also how he has captured nature in all its majesty through his camera lens. There is magic in these photographs. Instinctively, I write him a quick email to congratulate him on his achievement and then ask to find out more about his journey from Coimbatore to the gallery of the prestigious Nat Geo. It’s barely been two hours since I’ve hit ‘send’ and my phone rings. At the other end is the man himself.

An active trader in the stock market, Varun is one of four winners, the other categories being Action, Landscape, and Environmental Issues. The only one from India, he has been lauded for his picture of a green vine snake. This particular picture titled ‘Dragging You Deep into the Woods’ was chosen from among the 23 shots of the snake that he captured. He might not consider it his best work, but being picked above the submissions of over 20,000 photographers from across the world and the $2,500 cash prize tell a different story.

Born to banker parents, travelling to different cities because of the transferable jobs was always on the agenda, laughs Varun.

It was only in 2011 that the then 19-year-old stepped out of his bubble to find his true passion — photography. An alumnus of GRD College, Coimbatore, Varun went to London to pursue his MBA and continued his newfound love on his Samsung S2 mobile.

Finding ‘focus’ in a foreign land

I fell in love with the city and started clicking photos on the mobile and shared it with parents and friends back home. I then persuaded my parents to get me a DSLR and continued clicking photos. I started uploading these pictures on Facebook, which was just booming back then. My pictures hardly fetched me 10 likes but for an individual who was discouraged by teachers and the outside world all his life, social media acknowledgement gave a huge boost.

When in London, Varun felt an inclination towards action photography, and he walked miles and miles to capture mobile objects.

Freezing your subject is possible only in photography and this pushed me to visit all the parks in London to capture the flying birds. I also realised that it was so challenging to picture a bird but that is what people love to see. So my action photography started with the birds.

Varun laughs when I ask him if he has ever had a mentor.

This self-made photographer eventually participated in one of the competitions by Nat Geo, going on to win a trip to Costa Rica and Panama. During this trip, he worked very closely with Micheal Melford, who has been a landscape photographer with Nat Geo for over 40 years.

Soon after his graduation, he moved back to India, and that was when he fine-tuned his lenses to learn more about nature photography.

Bandipur in Karnataka was my official first project along with my very dear friend, Saravanan Sundaram when we travelled together. At the end of my trip, I was only liberated as I scrolled through my collection of pictures.

The ‘negatives’ behind the journey

Although he is a share trader by profession, the usual 9-to-5 jobs didn’t really appeal to Varun. Despite photography being a passion, he didn’t really find it a feasible way of making a living in India either.

The struggle in India is real. As a beginner, I had to build a portfolio that visualised my love for photography and today am glad that I can associate myself with a brand like NAT GEO

Photography in India is yet to be a profitable career —at present, it is not much more than an expensive hobby. However, Varun found support in his parents, who went as far as taking a loan of Rs 10 lakh to buy their son an extra pair of lenses.

I measure success when my audience is able to see a story through my photos and it stimulates them to think of the photo in different dimensions and perspectives. Hence, I try to do justice to the composition as it is something very powerful and can drag the viewer in instantly.

In the early hours of July 24 this year, Varun, along with his friend Arvind Ramamurthy, packed their bags to Amboli, a hill station in Maharashtra. Some may have considered the incessant rains and all the inconveniences they bring to be hurdles, but Varun saw only the rich flora and fauna they made possible. Varun says,

the agenda of his trip had been to capture the Malabar gliding frog, which is native to the Western Ghats. On that particular day, while looking for his subject, he noticed a green vine snake on a small dead branch behind him.

Until then, I had been using the macro lens for capturing the Malabar gliding frog. I initially began photographing the snake with the same lens but eventually shifted to a wide-angle lens (16-35mm). I had to lie down and reach the eye level of that baby snake, which was around 10-15cm in length. As it was a very mildly venomous snake, I gathered the courage to get really close and composed it using the wide-angle lens. I took a series of shots and then left the place with a sigh of relief, he describes.

Also read : From college dropout to youth icon — how Auditya Venkatesh framed his own journey

When asked about what has kept him going, the young photographer says,

I am driven by my passion for photography, which gives me the kick and I do believe that a strong passion will never let you sit idle. I have learnt all my life lessons through photography and strongly believe that everyone has a talent. We would be comfortable in something which others find hard to do. I am glad I found talent.

As I go back to saving this award-winning capture as my desktop’s screensaver, I am in awe of this self-made young achiever and only wish that 2017 captures more such laurels.