A failure, a fluke, and a cash crisis created this Rs 100cr brand Indian women adore 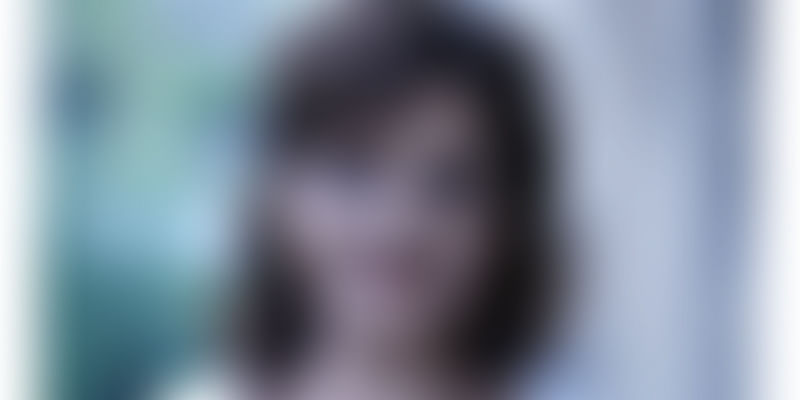 Fifty-year-old Nina Lekhi’s journey may well serve as the Ten Commandments of business:

Her failure wasn’t the end; in fact, it was just the beginning.

She did her idea the courtesy of granting it an existence on paper.

She evaluated her competence in the experience of her dreams, not years.

She sold that what she wanted to buy.

She didn’t just spend her years in an office that teaches one how products are sold, but also on the shop floor, that taught her what their soul and purpose are, and why they sell.

She took the climb one step at a time.

As she worked towards preserving more heartbeats, more hearts beat for her.

Great teams of employees succeed, but her company, more like a family, prospered.

She knew that while a great career grants your days a purpose, a great life affords you the reason to wake up every morning.

She is a slave to the unending thirst for achieving more.

Discover the meanings of each tenet, hiding in the words of Nina Lekhi, Founder of Baggit, as she speaks to YourStory.

From a very young age, Nina Lekhi was passionate about painting, which even led her to take up a diploma foundation art course at Sophia’s. But after failing in her first year, she decided to do two different courses that serendipitously veered the course of her journey toward her destiny.

She started working at Amarson's shop floor while she was studying, and where she learnt the ropes. The sense of responsibility and ownership, not to mention the thrill of creation, propelled her towards entrepreneurship. “No woman in our family had ever worked before, but my mother was extremely encouraging. I think Baggit is proof that failure is the stepping stone to success,” says Nina.

Her passion to design bags that one could cradle with pride gave her the final push, and she was all of 18 when it was time to saddle her skill on to the wings of her vision. “I realised then that T-shirts with simple slogans were available but we did not have funky and contemporary bags to buy in India. So I started designing bags to fill that gap, at first, for the store I worked at, which was the turning point for me,” she recalls.

To craft bags with their own unique “attitudes and personalities”, she started exploring eco-friendly materials, which not only differentiated Baggit from other brands but also catapulted it to stardom in the long run. “That was my first founding lesson in marketing. i.e., for a brand to be successful and be driven by passion, the founder needs to believe and own it completely!” she says.

She started off with one bag, sold it at exhibitions, and supplied exclusively to a few retail stores in her initial years. That was 25 years ago. Today, she sells at over a thousand 1,000 outlets and has got a heck of a story out of it, too!

She got an initial investment of Rs 7,000 from her mother which, along with taking a hammer to her piggy bank, helped her buy canvas and pay tailors. Their fashion accessories— slings, purses, wallets, clutches, shoulder bags, totes, and satchels —came to be made purely from cruelty-free, gorgeous, and innovative fabrics suitable for the modern Indian woman. What’s more, her tender age or market freshness never doubled up as a barrier.

“My bags made everything easy for me. I remember during the initial stages it was word of mouth that got me my clientele. I started to do exhibitions, which then escalated to malls like Shopper's Stop and Regal that wanted to stock up our bags. It had always been that way; I never had to take a bag and go from shop to shop to sell my product,” she recalls. They would send large consignments of bags to particular stores, for which they would get paid for right away. Investing and reinvesting the money thus generated, Nina built her empire brick by brick, the old fashioned way.

However, when she attempted to open her first store – it was a “bags”-office flop. She lost more than 100 percent of the money invested, but managed to put herself on the map. That bore its returns in due course of time.

The answer lies within

As a woman entrepreneur, she did lock horns with minor gender stereotypes during compliances, but she chose to stay firm and keep faith in her idea.

And from facing gender biases hardwired into the Indian sensibility, she also had a tussle with the infamously long-standing Indian resistance to technology and change. “Emergence and acceptance of e-commerce by the Indian audience at large was a big challenge. Apart from catering to our existing customers, we had to cater to a whole new audience segment online that couldn’t be ignored. We had to devise a business model keeping our brand values intact,” she elaborates.

But the answer came from within.

Nina has also been a strong proponent of not only developing her company, but also her company’s internal family — her employees. “We believe that a shared belief tends to drive a more cohesive team towards faster growth, ensuring success,” says the matriarch.

All the employees start their day with interactive sessions and meditation. They are also required to attend three-day residential silence camps every three to six months at the gurukul in Katarkhadak, near Pune, led by an organisation called Siddha Samadi Yoga and mentored by their Chief Belief Officer, Manoj Lekhi.

The deliberation of internal challenges like transitioning from a brick-and-mortar retail brand to an e-commerce major also takes place in the hills of Katarkhadak, where the teams at the Baggit head-office gather to brainstorm. Nina believes practices like these, bringing a whirlwind of perspectives together, have carried Baggit through adversity.

During the span of 25 years, Baggit has consistently maintained a market leading stance. “We started with one store in Mumbai and today in 2016, Baggit is worth over Rs 100 crores and retails in 90 cities through 48 exclusive Baggit stores and 350 Large Format Stores, we also retail through our network of 450 trade partners and we are expanding month-on-month,” she reveals. However, she truly measures her achievements not by her strides in business, but by her success in building a wholesome life replete with quality time with family and her loved ones.

Many brands originating out of India source from China, whereas Baggit continues to design and manufacture its entire product portfolio in India. This is in line with the company’s philosophy of “Make in India” while keeping in mind the sensibilities of the Indian consumer. “Being present across the value chain has created employment for Indians as we turn them into entrepreneurs and create smaller ecosystems and communities that create more opportunities for people around them. And being a staunchly vegan brand since its inception, they have also been awarded by prestigious organisations like PETA for their noble mission.

Nina has reached the end of the rainbow, but her pot of gold is to someday see Baggit as a leading international fashion brand. “I wish to open a lot more outlets in each city of India, especially targeting metros and mini-metros, and of course, reach out to the last-mile audiences through the leading marketplaces in addition to our own online portal,” she says.