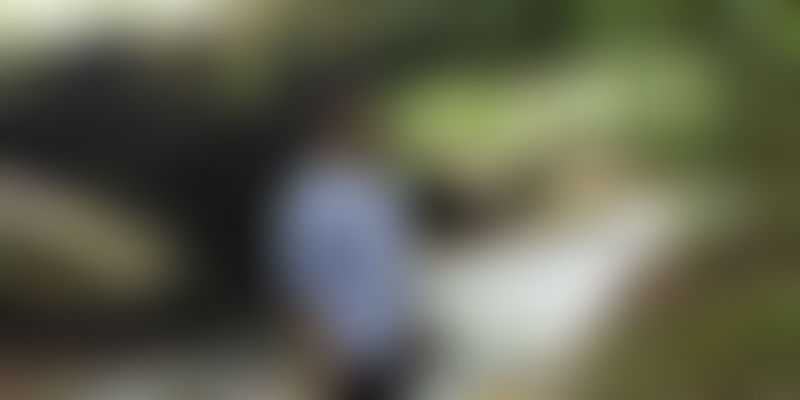 When Nivedith Alva took over as Chairman of Karnataka's Coastal Development Authority, he was surprised that many low-cost projects that could go a long way in easing people’s daily lives were pending for as many as 20 years.

In many parts of coastal Karnataka, as in the rest of the country, monsoons force communities to travel a great distance just to cross a fast flowing river for lack of a bridge. Sometimes, to quite literally bridge the gap, locals improvise, tying logs together and slinging them across to facilitate movement of people and cycles.

But, many a time, this is dangerous and can lead to a loss of lives, Nivedith Alva, Chairman, Karnataka Coastal Development Authority, recalled to YourStory. “A woman was carrying a small child in her arms and leading another by hand and crossing a temporary wooden log bridge over a rivulet when the boy fell into it. The shocked mother looked on helplessly as he met a watery grave. This is a sad incident which disturbed me and as CDA chairman I sanctioned and built a proper foot bridge for locals which cost less than Rs 10 lakh. I always wondered why the government could not sanction such a small amount,” he said.

These are projects seasoned politicians or hard-nosed bureaucrats often ignore and some requests have been pending for over 20 years.

With little money at his disposal, in a 21-month span in office Nivedith sanctioned a record 74 footbridges, four suspension bridges, built 15 fish markets, one skywalk, two parks and a number of development projects that will help local communities immensely.

Along with this, he took up many initiatives for fisherfolk and other communities living in the remote Western Ghats region and turned the CDA from an authority with just enough money to propose detailed project reports to one that could plan and implement projects.

As 18 Assembly constituencies come under CDA in Karnataka’s coastal districts of Dakshina Kannada, Udupi and Uttara Kannada, Nivedith took up small initiatives that were long forgotten.

“The topography is very different here. We have the Western Ghats on the one side and the sea on the other. Sandwiched between is a strip of land where many rivers and rivulets flow. In monsoon, these rivers in a matter of hours can leave people stranded. Children who cross a temporary foot bridge fashioned out of logs or wooden strips may not be able to reach back home as the waters would have risen. The need of the hour was to build small foot bridges that cost as low as Rs 10 lakh each,” he explained.

Another project that interested him was building modern fish markets that helped women who sold fish on the roadside without any protection against the constantly changing weather. These markets added dignity to their lives. The CDA also gifted ice boxes so that their stocks lasted and improved their incomes.

Nivedith says young people like himself who have travelled all over the world want to give back to the country. “Having a young person makes a lot of difference especially when it comes to development,” he added.

He was the youngest member to take over as CDA chairman and was also the youngest office-bearer of the Congress party in the State and completed five years as the party’s secretary.

As CDA chairman, he recalled that sometimes he had to trek for more than 10km to reach remote hamlets in the Western Ghats that were not connected to the outside world.

Among the projects he is proud to have planned and completed was the 125-metre Sharavathi Suspension Bridge at Kudrugi near Honnavar that can be used by two-wheelers also. “People were asking for this bridge for over 20 years and used boats to cross the river. The suspension bridge will shorten the way for 20,000 people daily. It cost Rs 2.78 crore and was built in a record time of seven months. Its span is 220 metres and its total length is 266 metres along with the approach.,” Nivedith explained.

The CDA also planned and completed the Sharavathi Hanging Bridge near Honnavar. Another highlight was the suspension bridge over Phalguni river in Dakshina Kannada. In Mangaluru town, CDA undertook the main market’s redevelopment and the city’s first skywalk.

Given the large number of people employed in the fishing industry in the region, CDA organised a seminar on Innovative Technologies in Fishing, which will also help the government formulate a fishing policy that is under consideration. CDA also organised skill development workshops, including fish cage cultivation, which does not require fishermen to venture deep into the sea in search of some species.

Looking at the CDA’s response and fast-paced work, a lot of villages and panchayats put forward requests to improve rural connectivity, construct foot bridges and to build or upgrade modern fish markets.

The administrative experience also gave Nivedith a first-hand experience of whether government programmes were reaching the intended beneficieries.

“I have learnt that once you are a keen listener, only then one can help. The government may think it’s a small project, but it impacts many lives. This is the learning I have taken from my short tenure,” he adds.