You can run, but you can’t hide: NVIDIA’s strike on Deep Learning, AI, VR, and Robotics 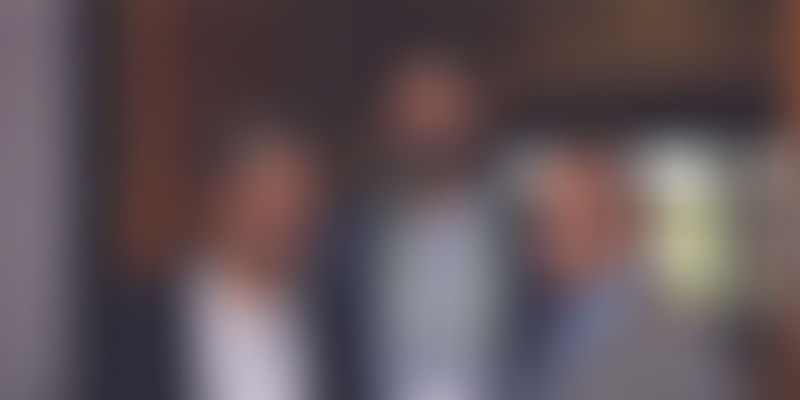 This article is brought to you by NVIDIA

After Beijing, Taipei, Amsterdam, Melbourne, Tokyo, Seoul, and Washington DC, India was the next stop for the most significant congregation of graphics processing unit (GPU) movers and shakers, with NVIDIA, the world leader in AI computing, hosting a first-of-its-kind event here earlier this week.

“It’s an extraordinary time to be a startup in India. For AI and DL companies, the opportunities are everywhere, to create profound changes. India has many unmet needs, which have to be taken up as challenges that need to be addressed. Deep Mind (the British AI startup that Google acquired in 2014, that created a computer that mimics the short-term memory of the human brain) has saved an amazing 40 percent of Google’s energy costs in their data centres with Deep Learning (wherein the computer solves a problem independently by going through multiple levels of learning, which makes a lot of simple tasks much more efficient and accurate). "Solve a real problem – that should be the mandate for a startup,” says Rajan Anandan, Google’s Managing Director for India and South Asia, in his keynote address.

In the days leading up to the event, Vishal Dhupar, Managing Director of South Asia at NVIDIA, had said, “India is at an exciting point where the opportunity to drive positive impact, the presence of the brightest committed minds in technology, and the technology platform to convert ideas into reality are all coming together. Young India’s aspirations to achieve real breakthroughs require support, access to resources and enablement in order to be realised. ECS is NVIDIA’s commitment to nurture ground-breaking ideas and create an ecosystem to ensure the success of the best startups in India.”

Staying true to his words, he noted, “NVIDIA is pivoted around AI”, before officially announcing the launch of the company’s Inception Program in India, during his welcome address at the conclave.

The world’s only event-series dedicated to players in the GPU space, the Emerging Companies Summit was GTCx’s India leg. It brought together every cog in the GPU machine - startups, investors, researchers, large enterprises –for an unparalleled mindshare about the oncoming waves of artificial intelligence, virtual reality, autonomous vehicles, robotics and allied areas, and what they stand to change.

The highlight – 12 of the 400 leading Indian GPU-based startups were shortlisted to present to a focussed and influential business audience of over 1,000 professionals, including sector and technology leaders looking for great ideas powered by GPU computing. Every startup presented their ideas at a dedicated demo pod, enabling them to showcase their technology in an effective manner.

The startups that made it to this stage were:

Arya.ai - A company that builds tools that simplify complex tasks in AI

Maxierence - High speed vision systems that have an ability to adapt to dynamic environments through learning;

Tessact – An AI Startup on a mission to make media, machine accessible. The platform empowers people with the power of automatic video tagging.

EdGE Networks and Qure.ai snagged the top spots, and won prizes worth $200,000, not to mention access to NVIDIA’s large talent and resource pool for mentorship and Research and Development.

Day 2 at the conference saw an influx of technophiles, crowding the NVIDIA Hangouts zone reserved for ‘mindshares’ with the experts and VR Villages. The latter had eight sections, each dedicated to different flagship technologies offering free hands-on GPU Tutorials, training from the Deep Learning Institute, interesting sessions, and the opportunity to see how GPU computing is powering emerging technologies such as Deep Learning, Big Data and IoT.

The NVIDIA Inception Program is designed to nurture startups who are revolutionising industries with advances in Artificial Intelligence (AI) and Data Science. Designed as a virtual incubator programme, Inception helps members during critical stages of product development, prototyping, and deployment. This includes a custom set of ongoing benefits, from hardware grants and marketing support to training with deep learning experts.

“Sci-fi is no longer the future. Our current realities seem straight out of a Bollywood or Hollywood film," said Dr. Steven Parker, VP & CTO of Professional Graphics at NVIDIA Corporation, as he described the ways in which AI is carrying new-age healthcare, automobile engineering, and advertising on its shoulders.

“Autonomous cars drive like humans, because, after all, they've learnt like humans and from humans," he added.

"You can run, but you cannot hide. The notion of privacy has been even further compromised, with the advent of Deep Learning, IoT and AI," noted Jon Peddie of Jon Peddie Research, and jurist at the event, delivering a talk on ‘Learning Deeply.’

But, as everybody was imagining their favourite sci-fi fantasy becoming a reality, in the backdrop of Jacob Bronowski’s most iconic saying, "Knowledge is our destiny," Padmabhushan awardee Dr. Vijay Bhatkar, one of the most illustrious minds of our country, asked, "With these advancements, what difference can you make to the common man's life? To society? Can you transform the nation? I have seen hunger in my village of 500 people, and suffering in the lives of the differently abled as we consistently fail to share our means and methods with them. Can GPUs be harnessed to solve real problems like these?"

The VR Village – A Walk To Remember

The Discovery demo showed a technology that enables the VR rendering of highly complex CAD datasets, with high anti-alias settings. Thus, the Optis VR experience platform featured an automobile assembly line, where the user can virtually interact with the model. Hence, the car one so realistically took for a spin, examined the interiors and simply marveled at the smoothness of, consisted of nearly 70 million triangles. Powered by NVIDIA Quadro, the demo showcased the many ways in which VR will revolutionize the industry.

NVIDIA GPU also powers the rendering of the Bank of England building, which was destroyed in the 1920s. Architects and artists recreated interactive models, photo-realistically rendered with NVIDIA's Iray VR software in the booth housing their Iray VR Guided Panorama Demo.

Everest VR provided the ultimate immersive experience of the majestic Everest using NVIDIA Multi-Res Shading technology, which is part of their VRWorks SDK.

Registrations for the 2017 edition of the main GPU Technology Conference that takes place in the heart of Silicon Valley, have already opened. Grab your passes to the global gala that is famed for its topnotch mindshare, fruitful conversations and awe-inspiring experiences!