On India’s 70th year of independence, here are some of the country’s worst human rights violations 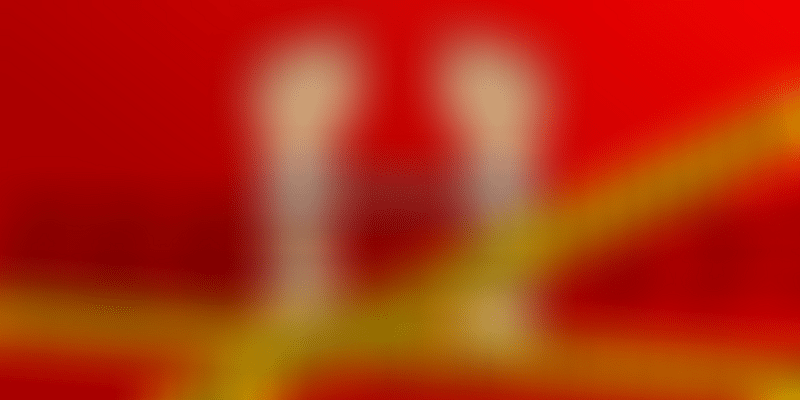 According to Part III of the Constitution of India, all citizens of the country are privy to a set of six fundamental rights – enforceable by law. For those who skipped civics classes, these are right to equality, right to freedom, right against exploitation, right to freedom of religion, cultural and educational rights, and finally, the right to constitutional remedies.

These rights were embedded into our sacred constitution so that nobody could challenge the safety and freedom of any citizen. However, considering the fact that this same constitution has amended itself more times than can be counted, and alters the penalties on the violators as per political requirements, one can only assume that these ‘human rights’ are largely restricted to paper.

Although this is a stark reality petering through every corner of the world, India has been deemed one of the top countries facing a multiplicity of human rights violations. Our political structures and systems have been built in such a way that more often than not, our human rights themselves are made seemingly subjective.

This is largely because the masses have begun to understand the political backlash that will result when they challenge the authorities. In the recent past, innumerable instances of the violators being let off the hook, despite evidence suggesting otherwise, have become quite a norm in our country. Sometimes, these violators arise from the authorities themselves.

Thousands of such cases go unnoticed and unreported every single day. But here is a list of some of the most brazen cases of human rights violation which have plagued the largest democracy in the world over the year.

This year marks the 70th year of Indian independence. However, the stark differences that existed within society during British colonialism continue to exist even today, and especially so when it comes to the Dalit Community. According to the National Crime Records Bureau (NCRB), crime against Dalits – ranging from rape, murder, beatings, and violence related to land matters – increased by 29 percent from 2012 to 2014. In 2014 itself, over 47,064 cases of crimes against Dalits were registered. Dalits are still considered ‘untouchables’ who should not receive the kind of civility extended to every other branch of society.

The suicide of Rohith Vemula, a Dalit PhD student at the Hyderabad Central University, and the outrage that followed, led to the revelation of dozens of similar cases of Dalit suicides resulting from the ‘fatal accidents’ of their birth. The hard-hitting reality of the inhumane treatment meted out to members of the Dalit community finally reached the masses. Some of these Dalits were being stripped and beaten by vigilante groups, some even being urinated upon. An NHRC report shows that Dalits are prevented from entering the police station in 28 percent of Indian villages, and their children have been made to sit separately while eating in 39 percent of government schools. They do not get mail delivered to their homes in 24 percent of villages and are denied access to water sources in 48 percent of our villages. Their women raped, their children tortured, and their livelihoods stripped away every odd day, the Dalit community is the embodiment of gross human rights violations.

Last year the authorities revived the Foreign Contribution Regulation Act (FCRA), a law that regulates grants from foreign donors. This was done with the intention of inconveniencing organisations that had been speaking out against the government policies. The famous NGO Greenpeace India was a notable victim of this. The organisation had been calling out the government in terms of poor infrastructure and development, and for not taking responsibility for the 2002 Gujarat riots. As a result, the government cut off its funds to the organisation and labelled its activists as ‘anti-national’. In January, they even barred a famous Greenpeace activist, Priya Pillai, from boarding a flight to London, where she was to meet and speak with members of the British Parliament. Eventually, in November, the authorities in Tamil Nadu, where Greenpeace India’s registered office is located, cancelled the organisation’s registration itself.

According to Human Rights Watch, two out of five children in India drop out of school before completing their eighth standard. The numbers increase among the marginalised communities owing to income-inequalities, discrimination on the basis of caste, religion, and more. As recent as Sunday, data from the AP State Commission for Protection of Child Rights (APSCPCR) reported that the maximum number of child rights violation cases have been reported from Visakhapatnam in the state of Andhra Pradesh. The Child Labour (Prohibition and Regulation) Amendment Act, 2016, which was passed earlier this year, defied hopes of progress when, despite their statements that children under 14 should not be allowed to work in ‘hazardous occupations or processes’, the government limited the list of hazardous occupations mentioned. They even stated that these rules could be modified as well. At the same time, Section 3 in Clause 5 allows child labour in “family or family enterprises”, which could potentially increase the incidence of child labour in the country, considering most poor families are trapped in intergenerational debt bondage.

Last year, a Delhi court acquitted 16 police officers who were accused of massacring 40 Muslims in the Hashimpura locality in Meerut, Uttar Pradesh, back in 1987. The court’s defence was that the prosecution had not been able to establish the identity of the suspected policemen. In April of the same year, 20 people were shot dead by the police forces in Andhra Pradesh for ‘suspected smuggling’. In Telangana, they shot five pre-trial detainees who were being taken to court, with the excuse that they had tried to ‘overpower them’. According to a report released by the US Congress, the researchers found continuing allegations that the Indian police raped women while in police custody. Tribal girls were gang-raped in government hostels, and 48,338 child-rape cases were recorded from 2001 to 2011, A US State Department for Human Rights report for 2015 stated that there were 555 ‘encounter killings’ by security forces and police between 2008 and 2013. The list includes: Uttar Pradesh (138), Jharkhand (50), Manipur (41), Assam (33), Chhattisgarh (29), Odisha (27), Jammu and Kashmir (26), Tamil Nadu (23), and Madhya Pradesh (20). In August, the National Human Rights Commission recorded 1,327 deaths in judicial custody between April 2014 and January 2015.

Early last year, two social activists were arrested in the state of Kerala for possessing and promoting “pro-Maoist” literature. In August, the Maharashtra state government had issued a circular on how India’s sedition law should be re-applied, where criticism of a government representative would amount to sedition. However, they withdrew the circular in October. The same month, a Dalit folk singer in Tamil Nadu was picked up by the police for writing songs criticising the state government and Chief Minister.

Earlier, the government has declared to the Supreme Court that an individual’s privacy was not a fundamental right under the Constitution. To this effect, they even proposed – and withdrew after facing opposition – a draft encryption policy which would have threatened free expression and privacy. As per public order, individuals were denied access to internet services on several occasions, including at Gujarat and Jammu and Kashmir, during times of crises.

These are a just a few of some of our country’s worst cases of human rights violations. Every day, another life is being exploited and destroyed because despite an assurance made by our founding fathers many years ago of every individual securing their human rights, we remain essentially afraid and vulnerable.