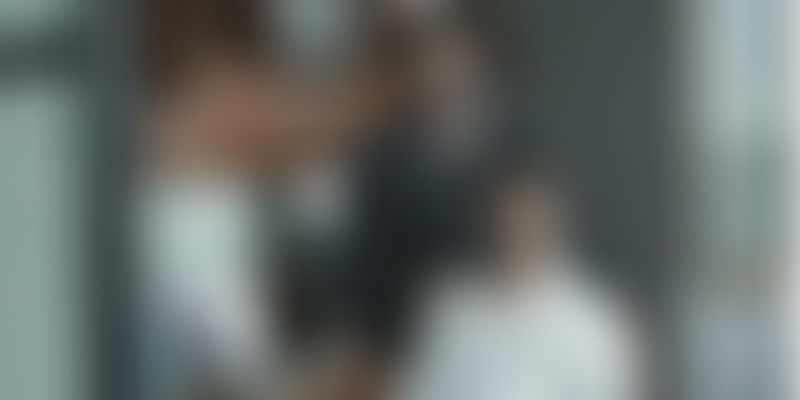 Pocket Aces, one of the premier up-and-coming startups in the original digital content space, raised $3 million from a group of global investors led by Sequoia Capital India, including North Base Media, T.V. Mohandas Pai-led Aarin Capital, 3one4 Capital, Axilor Ventures, and FreeCharge founders Kunal Shah and Sandeep Tandon, among others. The capital will be infused into team expansion and adding more state-of-the-art analytics tools to their bouquet.

The 2014-born-and-scaled company conceptualises, creates, and distributes engaging original written and video content for millennial audiences through its socially distributed channels Dice Media, which predominantly produces sketches and web series, FilterCopy, which is shareable and snackable short-form content, and Gobble, a food network.

Anirudh Pandita, an alumnus of The Wharton School at the University of Pennsylvania and Goldman Sachs, and co-founder of Pocket Aces, further revealed, "The capital raised will be used to bolster our technology base and add world-class talent to our team. The plan is to create over 500 short-form, live-action and food videos, and at least six long-form properties over the next year. We will push boundaries by experimenting with unique content-based commerce models as well as new distribution mediums like live streaming and messaging.”

While the additions to their pool of talent will be made in their Mumbai headquarters itself, to take their workforce size from 30-odd to 60, as far as the revelation about "Bolstering their technology" goes, there is unlimited context to it. This two-year-old company claims to have technology in its DNA and prides itself in creating the most advanced tools for the creation and analysis of popular content, completely in-house at that.

For starters, Pocket Aces is not using any existing platforms for its backend or CMS and is building it entirely from scratch using popular web and mobile development technologies and frameworks. Besides this, they have developed some tools like the 'Integrate content trackers' that track the leading sites in the world in order to give authors ideas for trending, contextual and interesting topics to write about. The CMS also has various plugins that help authors create and resize pictures, gifs, memes, tweets and videos, at the click of a button. Editors and collaborators on articles can work together seamlessly with the workflow management that is built into the system.

It also includes intelligent plug-ins for common headline optimisation, based on data analytics from multiple platforms, by granting insights into words, article lengths and so on, which helps writers optimise content for shareability. The format also allows for inline commenting.

A conversation with Ashwin revealed what other exciting technologies they are concocting in their laboratory. Following this infusion of funds, they will perfect an exciting data analytics tool they have been building, which works for videos and articles across all social media. It intelligently predicts, within the first hour of a piece going live, what its outcome will be and how much buzz it will create.

Pocket Aces' revenue model is currently centred around native advertising by brands, and the company has delivered excellent results for its clients, including the likes of Penguin Random House, Marico’s Saffola, Godrej’s Cinthol, FreeCharge, Tinder, Swiggy, VelvetCase.com and Little App. To that effect, in the pipeline is another tool to help optimise marketing and advertising spends.

"Whether we're spending marketing dollars on Facebook or YouTube, or whether an advertising brand expects a certain reach from our content, this tool will tell us where to spend more, and where to stop spending. The tool will tell us how much ROI we are getting per dollar. It is very customisable, and Facebook and YouTube APIs are also very useful in that regard," he explained.

"We will also allow advertisers to use our tech platform to monitor campaigns in real-time, optimise distribution spends, and understand ROIs transparently. Additionally, we are syndicating our content and have already inked deals with NDTV and Dainik Bhaskar,” added co-founder Aditi Shrivastava.

To meet these goals, they are striving to build a robust talent base in Mumbai, and will also make some hires in Bengaluru who could contribute in a freelance capacity.

The company’s brands, FilterCopy, Dice Media, and Gobble, have clocked over 180 million organic video views on the back of heavy social sharing and high retention rates. The website filtercopy.com is clocking over three million page views each month.

T.V. Mohandas Pai, Chairman at Aarin Capital Partners, said, “The Pocket Aces team has shown a grounded empathy for their audience's consumption behaviour and tastes, and that reflects in the continuous feedback loops they've built to rigorously improve their production and narrative quality. We are tremendously excited to be working with them and are looking forward to the many more creative ideas they will release."

Addressing the elephant in the room, we asked them whether they are going to be monetising the goldmine of original technological and software tools they are sitting on, by rolling them out into the market commercially. "I'd be lying to you if I said we haven't debated on it. But at this point, we are working tirelessly to perfect these tools to the extent that there is no human intervention required at all when they are deployed into action. So, in a twelve-month time frame, we want to make all our tools more nimble and ingenious. Even if we do plan a roll-out, we are quite far away from it," Ashwin concluded.