This startup pumps up the volume -- says don't need no funding 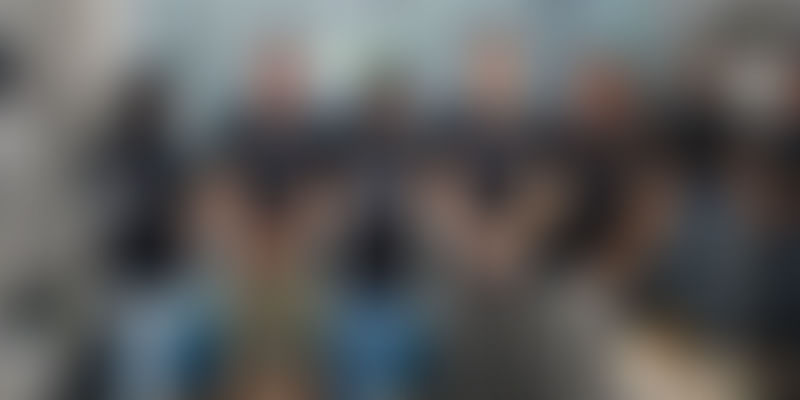 “I will not bring any investor on-board till I make my business profitable,” says KS Bhatia, CEO and Founder of Pumpkart, an online B2B marketplace for pumps.

Bhatia aims to build the country’s biggest technology-driven marketplace for water pumps and other related accessories.

A lot has changed since then at Pumpkart.

From launch to pivot

Bhatia’s online journey started when his 14-year-old son gifted him the domain name Pumpkart.com on his birthday. His son told him that this vertical has not been touched and there’s a lot of opportunity to explore in this segment.

A chemical engineer and an MBA graduate from IMT, Ghaziabad, Bhatia has over 18 years of experience in pump supplies. He has been successfully running a company called Air Fluid Engineers and Equipments, which deals in pumping projects, since 1998.

With an initial investment of Rs 20 lakh, Bhatia launched Pumkart in May 2014. Within a few months, business acquired the pace and started performing well.

By February 2016, the platform’s monthly turnover was Rs 45 lakh. However, there was a huge glitch in the B2C business ­– the high cash burn rate.

“We were burning high cash and at a very fast rate, which was widening the loss month over month. So, we decided to change the business model,” says 46-year-old Bhatia.

During March this year, the company opened the channel for businesses as well. It was now offering to both B2C to B2B.

When it opened the platform businesses, it initially targeted plumbers for the business. However, the platform soon realised it isn’t focusing on the right business community and it shifted its target business to retailers. And there it hit the right spot. Now, the platform’s main focus is B2B.

According to Bhatia, Pumpkart's B2B app is a unique solution which has not been adopted by many B2B players in this vertical. The app is offering to all retailers, industries, OEMs and institutions.

"We have brought such a technology in our application which will help our users select water pumps based on use and different technical specifications," says Bhatia.

The platform also offers logistics solutions called Pkart Logistics which cater to all retailers across the region of Himachal Pradesh, Punjab, and Chandigarh.

"We have also launched our own brand named Panatech, which is capturing the market in the regions. The in-house brand is sold through other ecommerce platforms across India.

The platform, which follows both marketplace and inventory models, deals directly with all the manufacturers and distributors and does pricing according to their said margins.

Pumpkart has tied up with retailers across the North India market, including Himachal Pradesh, Punjab, and Chandigarh, and offers them multi-brand products.

With the help of retailers, the platform is offering the pump installation facility to end consumers. Besides, it has also opened service centres in Punjab and Chandigarh.

“In the first month of our business with retailers, we clocked a turnover of Rs 2 lakh. Today, the monthly turnover has risen to Rs 38 lakh,” says Bhatia.

He adds that the cash burn has largely reduced. He aims to meet the break-even by January 2017 and turn profitable by March next year. “After opening the B2B business, the platform has been able to make a total turnover of Rs 2 crore. By March end, we aim to clock a turnover of between Rs 80 lakh and Rs 1 crore.”

When asked about the further growth plan, Bhatia says that he targets to take the company international.

Recently when he visited the countries in West Asia and South East Asia, he observed that even in those markets there are no multi-brand pump stores. All retailers were selling single brand. He plans to introduce this technology-based marketplace in other markets as well.

Talking on funding plan and further expansion, Bhatia says, “I am not looking for small sum of funding. My dream is big. I am waiting to make my venture profitable before I approach to investors and ask for Series C size of funding.”

According to Bhatia, the total size of pump business is Rs 24,800 crore in India. In North India, including regions like Punjab, Himachal Pradesh, Chandigarh, and Jammu and Kashmir, the market size is Rs 1,280 crore.

According to Ken Research, the India Pumps Market size in terms of revenue generation is expected to increase at a CAGR of 17.5 percent during the period of FY 2015-19. The Indian government announced to invest significantly in the infrastructural development in the country; thereby, the demand for pumps will gradually pick up pace. Moreover, increased investments in the irrigation and oil gas sectors will also push the demand for pumps.