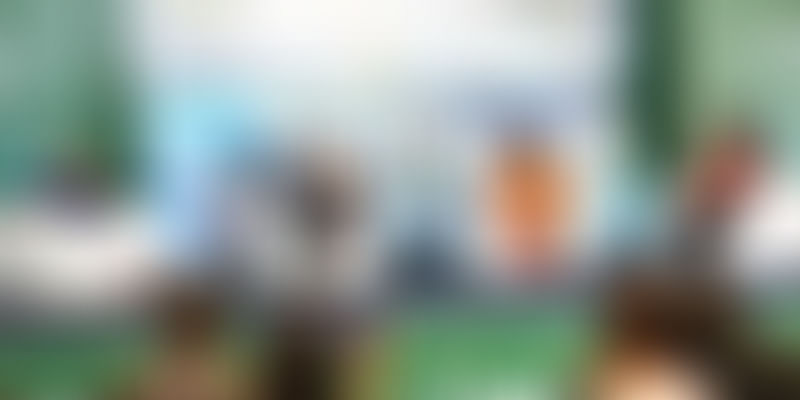 Media is getting disrupted in India. There are no two-ways about it. As Internet penetration and use of smartphone increases in India, the new media or digital media may well become a force to reckon with.

In this holy matrimony of technology and content, there’s as much to rejoice as there’s need to tread with caution. Unburdened off the luggage of legacy medias like print and TV, digital media is light, fast, and cheap. In a sense, it is independent and democratic -- there’s a place for all stories to be told, read, heard or seen.

This cutting edge media is poised for high business growth. “Globally, over $3 billion has been plowed into digital media startups since 2015 [CB Insightsdata]. In India, 200+ digital media startups have attracted about $180 million in venture funding since 2013 and there has been a significant acceleration in activity over the past two years with over 80 more startups setting up shop,” writes Bala Srinivasa of Kalaari Capital here.

With the rise of new media startups, legacy players have been compelled to create a digital presence, which needs to be more than just a digital copy of the print version. Though looking at the present landscape, it would seem they lack the "appetite, hunger or just don’t want to do it," as Raghav Bahl, a media veteran and Co-founder of The Quint, reportedly said in an interview. "This is where the space for a new guy gets created.”

For a long time now, the distribution of media content – whether through audio, print, television or satellite — has been top-down and producer-driven. But, as Bala says here, “Times are changing.”

At the just concluded Bangalore Literature Festival, new media entrepreneurs discussed this phenomenon and how it is changing the way journalism is perceived and practiced in India, in a session titled: ‘New media: the times they are a-changin'.

Mini Menon, Co-founder and Editor of Indy Network, Shradha Sharma, Founder and CEO of YourStory, Siddharth Varadarajan, Co-founder of The Wire, and BV Rao, Editor of FirstPost threw light on different aspects of this new brand of journalism from accountability to monetisation. All the panelists were at one point of time part of the legacy media and cut the umbilical cord to become new media entrepreneurs.

“Today, big media is increasingly becoming insular in terms of what it considers news. It is constrained in terms of degree of freedom it wants to exercise in order to chase certain stories. It has become increasingly politicised and cautious about speaking the truth to the powers that be,” said Siddharth, who is the former Editor of The Hindu, and started an independent media platform The Wire to provide critical discussions, analysis, and reportage, which he finds missing in mainstream media lately.

According to him, this vitiated environment makes the emergence of independent media all the more essential.

But, who decides what makes for news, and which story matters? In asking this question, Shradha puts the ball in the court of the mainstream/ traditional/ big media (call it what you will). “In 2008, this question irked me no end,” she said. Having worked in the big media, Shradha found that before a call was taken by senior journalists to publish a story, they would want to know what the “big angle” was. “ ‘What is important about this story? Are they funded?’ they would ask. For me, the story is important, not whether they are funded or have a superstar father backing them. When I started YourStory eight years ago, the whole premise was that you matter, and to allow the reader her intelligence to figure out why the story is important,” she said.

A question that constantly nags her regarding traditional media was that despite being populated with some of the best minds, big media did not (and still does not) believe in collaborating and standing up for each other. “Sab ek doosre ke lene mein lage hue hain. Waha pe kya ho gaya hai ki story mar gaye hai (everyone is just concerned about outdoing each other, as a result, the story has been killed),” she added.

Driving the point home that it was only because of the proliferation of the Internet that she could even dream of taking it upon herself to tell stories for the sake of the stories themselves, Shradha said, “Times changed. There were youngsters who were ready to experiment.”

Which is what Mini is doing now after having spent 18 years reporting for news networks like Bloomberg TV, Times Now, and CNBC TV18. She recently started Indy Network, a digital content company that focusses on innovative formats, niches, and platforms. “We, the English business news channels, put together are less than two percent of the TV viewing audience in India. What frustrated me was that we were not even making an attempt to expand our base because we had got into formulas of TRPs,” she said, adding, “Where is the multiplicity of views. Where are the stories of India?”

Rao, a career journalist, moderating the conversation wanted to know whether digital media is opening up the possibility of better journalism. “I think it is, but is also muddying the waters. There is room for bad journalism. Social media, which is our primary distribution platform, is a toxic cesspit. There are all these problems that come with it,” said Siddharth.

Siddharth went on to ask if there can be a viable economic/business model that will allow digital platforms to spend money on news gathering.

“Too much digital involves repurposing content that is already there. We have a cute term for it nowadays, it is called curation,”

said Siddharth referring to the lack of on-ground reports on new media.

Emphasising her point about new media’s democratic nature, Shradha said, “What changed with the coming of digital media was that some of the so-called, kurta-wearing, pen-wielding journalists sitting in their ivory towers, had to come down and listen to people.”

So far as people paying for the content they consume on the Internet, Shradha believed she is willing to wait another eight years when people will pay for good, deep content. “No real business model has emerged so far for new media companies,” Rao pointed out. “All the people who are making money are the legacy brands who have a presence in the digital as an extension of their newspaper/TV business,” he said.

The fact that investors place content business way down in the value chain is telling enough. Said Shardha,

“I have had to hear this repeatedly, ‘you are doing good work, but tell us, how do you make money? How will you scale?’ ”

She added this only made her determined to show that it was possible to run a new media company without external investment. “We have been profitable until last year when we raised money.” As an entrepreneur, she said her primary job is to think of how to monetise. “In the US, 33 percent of the money that comes through ads on the digital is through content, which is native advertising. In India, it is not even one percent.”

Siddharth, who took a different route with The Wire -- that of not for profit, said,

“None of the investors we met inspired confidence in us that they would back an independent media for the long haul. We are heavily dependent on philanthropy from readers, and have a benefit of a grant from Bengaluru-based independent, public-spirited foundation.”

Understandably, till the new media finds its footing it will stumble along, but all said and done, it presents an exciting opportunity. Something like surfboarding literally -- you need to keep your balance while riding the wave.