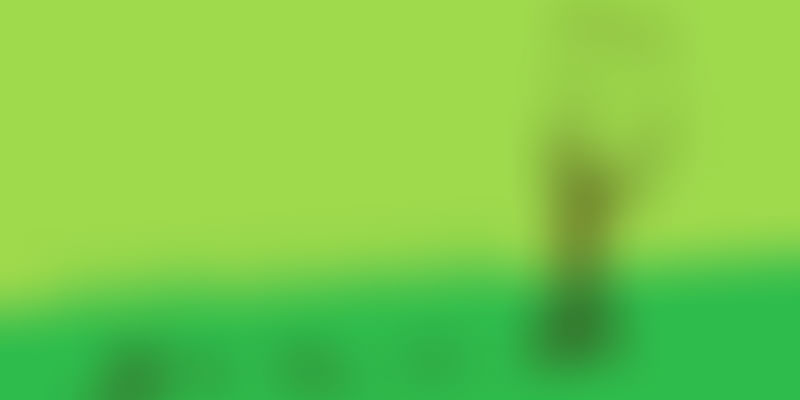 It is that time of the year when individuals, teams, corporates and even countries introspect on the year gone by. We remember the highs, commemorate the winners and have vicarious pleasure if our country or team wins. Think the Olympics, hockey, and the Pak surgical strikes. Hence, it was ironic when I was invited to an event recently, but asked to talk about failures. I questioned the host as to the reasoning behind this. Thinking deeper, I realised that, as a society, be it in sports, politics or business, we only celebrate success. Winning at any cost has become the new business, and life, mantra. But no one wants to know or go through the pain, hard work and failures that are required to get to that elusive success. Everyone wants instant gratification. So I said, “Why not?”

So, in the spirit of acknowledging failure and its potential benefits, here are three mistakes of my startup life.

Mistake #1: Hiring candidates who want to get on a rocket but insist on a window or aisle seat

Any company that has got decent money in the bank, typically after a Series B funding round, feels they have arrived. Mine was no exception to this rule, and after a respectable investment, we went looking for hires from top-notch schools, insisting on pedigree and relevant industry experience. We would typically go to big corporates like Google, Unilever and McKinsey to hire our next round of leadership/business teams. I hired a few folks from Google for sales and business development.

What we often forget is that while you may have raised funding, you are still a startup. You still have to wait at the reception, sometimes for hours, to showcase your product offering to the client. Unlike the big corporates, you still don’t have a travel desk, facility management or swanky office cafeteria. Many of these mundane tasks are DIY rather Do-It-For-Me. Also, things still don’t work as seamlessly as the product team promises, with customer-facing folks bearing the brunt of users’ ire. Also, your role keeps changing every 12-18 months as the company discovers new challenges and opportunities. This creates a lot of disappointment and frustration.

Mind you, I'm not saying folks working at big corporates are not smart or can’t do such roles. Just that the context in a startup is different. Many of those coming from structured environments find it difficult to adjust to the chaos and lack of processes and systems. Hence, while hiring, put more emphasis on fundamental qualities, or what I call SMARTS, than on skill set/relevant experience. What are these smarts?

Curiosity: A penchant for seeking out new experiences, knowledge, and candid feedback, and openness towards change, as well as an ability to learn, un-learn and re-learn.

Insight: The ability to gather disparate data and information and make sense of it all, being able to suggest new possibilities. Being able to connect the dots.

Engagement: A knack for using emotion and logic to connect with people and communicate a persuasive vision, especially for senior roles.

Determination: The wherewithal to fight towards difficult goals despite challenges and to bounce back from adversity.

The corollary to the above is that we also assume that early employees or high performing individual contributors can scale up to managerial/leadership roles as the company scales. Again, smarts for Zero-to-One (go-getter, stay on attitude), One-to-Ten (partnership, collaborator), and Ten-to-Hundred (stability, cross-pollination) are different, and as an intelligent entrepreneur, you need to know who fills these shoes at different stages of your evolution.

One truth we have seen over the centuries, whether it’s a team of three or an entire country or civilization, is that culture exists in every community. So, the choice is between letting an unconscious culture crop up like weeds and consciously creating a culture you truly love. It is that that defines whether you attend meetings on time, write documentation for your code or don’t believe in a 'Chalta Hai' product or service.

Hence, when I outsourced our culture to HR, what I got was policies, policies on attendance, travel, leave and expenses. Through our attendance policy, we mandated employees to spend nine hours in office, but the quality of work did not improve. Similarly, the expense policy forced employees to limit their spending, but they always figured out new categories of expenses. But the underlying philosophy of why we did what we did was missing. Quality of work is more important than how much time you spend in the office.

Fiscal discipline, treating the company’s money as your own, is more important than putting a limit on, say, how much you can incur on a business lunch with a client. The reality is, whether you create restrictive processes or not, only two percent of the people break your trust. You end up penalising the other 98 percent of employees with restrictive policies. Any driven employee cannot ever be in the zone if they feel restricted, monitored and trapped.

Culture is like the wind - its presence, while not directly seen, can be felt very strongly nevertheless. It is the glue that holds the organisation together, and can guide employees’ behaviour and actions! Luckily, I realised early on that I had to set up my own values, rituals and stories to shape the culture of my team. One such ritual was to ring a bell every time we closed a sale. This not only helped the concerned person get recognition from the whole team, but also created an environment of friendly competition, inspiring others to strive harder to ring the bell the next time.

Learning #2: Entrepreneurs/team leads cannot outsource culture. You have to own it, live it. It is not aerial warfare but trench warfare, where you have to put in your all every day and for everyone. You have to spread a mindset; HR definitely can't do it on your behalf.

Mistake #3: I know it all! I am the rainmaker with the midas touch!

This is a great learning I had recently. I joined my new gig, GreedyGame, where we are trying to make ads beautiful in games. Having come in after a six and a half-year-stint at InMobi, I thought I could be a “rainmaker”, that I could be King Midas and bring in revenue for the company through a phone call. Well, I was wrong. While people knew me and granted me a meeting because of my past relationships, that didn’t translate to immediate revenue realisation.

I have had the epiphany that my “smarts" of curiosity, insights, engagement and determination are what is holding me good in these testing times, and not my past laurels. I am going through the same hustling all over again, and I love it! Humility is the true key to success. It is the foundation for all virtue. And many serial entrepreneurs or folks who have been successful multiple times in their careers, be it Bill Gates, Richard Branson or Nandan Nilekani, are very humble individuals, and are the first to admit when they don’t know something and are willing to learn.