The revolution will be decentralized 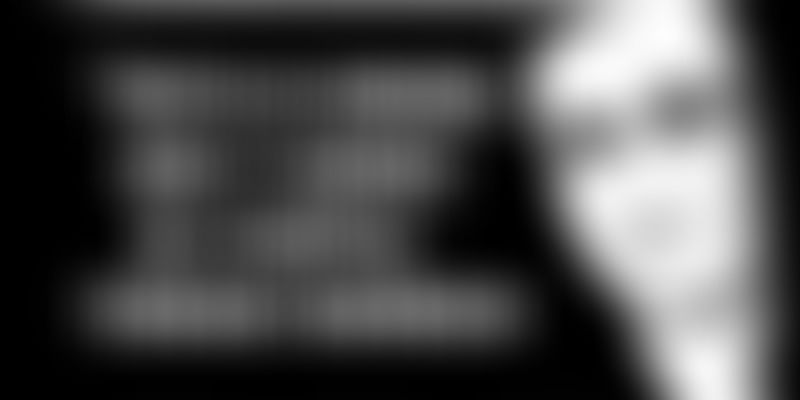 Decentralisation is disruptive. Governments and corporations alike fear its ability to snatch power from single points of failure and dissipate it across to the people they should be serving. The use of mesh networks for communication through Firechat during riots in Hong Kong, the rise of Napster as a peer-to-peer music sharing system capable of wiping away an entire industry, or digital currency Bitcoin all stand in testimony to the same. That if you strip away singular, authoritarian points of failure and distribute the functioning of their system across the world, you will have a solution that will be able to withstand governments, despots, corporations and, perhaps, redesign the way entire economies function.

While the Internet is a powerful example of how technology can strengthen the functioning of a democracy and bring equal opportunities to everyone, it has today stumbled on to being a playground where a few behemoths play bullies and capitalise on the data generated by its users. It has enabled governments to intrude unlawfully into the lives of its citizens and sparked a new form of (cyber) warfare altogether. In order to make it a functional system capable of working for the greater good, it needs to be reinvented. Separated by geographic and economic boundaries, but connected through Slack groups, collaborative tools like Asana and Trello, and forums and communities with ideological fervor to change how things work have been shipping software doing exactly the same.

Take, for instance, Openbazaar, a peer-to-peer marketplace with no central authority hosting the website or dictating its functioning. Built with the intent of liberating digital marketplaces from centralised players such as Amazon, the service has virtually no fees integrated into it. Buyers and sellers meet through an interface similar to that of Amazon and place orders via Bitcoin. Given the fact that the odds of fraud in such a scenario is high, users are permitted to use a third party as escrow via a multi-signature (2 of 3) transaction system. In the event of a mishap, the escrow can either choose to release the funds to the buyer or the seller depending on the provided proof and enable release of funds for a minor fee. The IP of the user making a listing is visible, thereby limiting his tendency to sell drugs, weapons and the like. However, systems like these make material the essence of a ‘free market’ and enable commerce to occur far from the infringements of governments and corporations. The only share of data is between the vendor and the buyer, and, if the buyer so chooses, a moderator. With the reduction in fees, vendors are now able to pocket larger portions in profit and buyers are able to afford better goods at cheaper rates. This has the power to bring income and opportunities to individuals round the globe by connecting them better than ever before. Even better, it does not capitalise on your buying choices and bomb you with advertisements and, in extension, ruin your experience on the Internet.

Elsewhere, teams are working towards decentralising the entirety of the Internet. The very foundations of democracy have been under threat with increasing censorship. India, for instance, has had over 5,000 takedown requests from Facebook alone. When websites are hosted and handled by centralised systems, they become susceptible to censorship from the government, thereby undermining rights to free speech and expression. Nation states like China that limit access to the Internet with their 'Great firewall' are a preview of where we are headed if this is not fixed. Blockstack and Maidsafe are two entities that are at the cutting edge of decentralising the web. Their objective is to have people store their own data and websites.

The exceeding reliance individuals have on private entities in regards to their data and connecting them to the right end points for the purpose of communication or transaction has often been exploited for profit. By bringing the web to a peer-to-peer format, these projects aim to allow individuals to connect or completely disconnect from the Internet, along with their data, at will. Furthermore, by permitting the websites to be hosted by themselves, they are enabling higher levels of security as it becomes increasingly difficult to break into such systems in the absence of a centralised player handling millions of websites or users. Maidsafe intends to permit individuals to earn their system tokens in exchange for pledging resources such as hard drive space towards the decentralised web and thereby incentivise adoption. Blockstack in comparison works towards solidifying identity on the decentralised web by having one’s private key - long list of random characters that act as a password as the defacto login mechanism across websites on their network. Increasing trust, accountability and levels of verification on websites made accessible through them. Furthermore, this protects the rights of the individual to speak his mind without reliance on entities like Facebook that give in to pressures of censorship.

While I pray that public awareness and debate will lead to reform, bear in mind that the policies of men change in time, and even the Constitution is subverted when the appetites of power demand it. In words from history: Let us speak no more of faith in man, but bind him down from mischief by the chains of cryptography.

Decentralising current-day systems is not solely about improving operational efficiency. It is about removing the requirement for trusting random individuals to do what is required and enforcing systems through code that is open source, verifiable and distributed. The rise of decentralised systems that rely on cryptography pose emerging threats to incumbents that have benefitted for far too long and maintained a monopoly. Decentralising the web and its aspects is about returning power to the people. Their rise is not solely a result of a desire for profit, but rather out of frustration on the failures of existing systems. They pave the way for the individual to protect his rights and disconnect as and when he wishes. Therefore, they are not only technological advances, but much rather a result of cultural evolution catering to the needs of our times. Perhaps, some day in the future, we might look at the rise of the decentralised web with as much awe as we look at democracy these days- for its implication in ensuring human rights is just as strong.