The year of validation: why fading of euphoria for startups in 2016 is a great thing 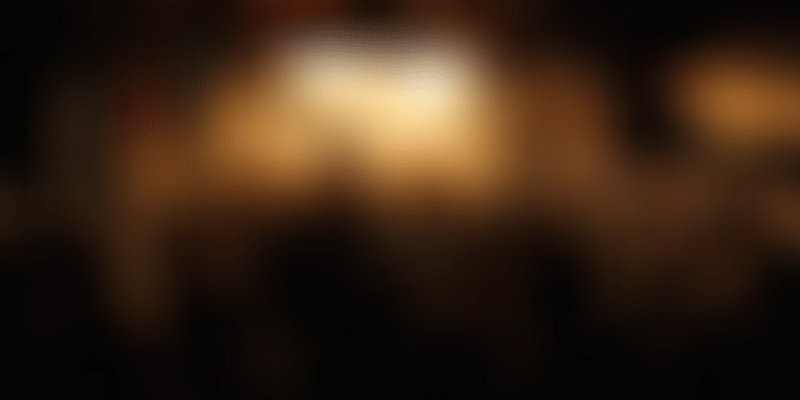 Going to an investor’s office is a little overwhelming – like going to a fancy five-star hotel when you normally spend your time at tea stalls for your daily fix.

I was in one such office at the beginning of 2015 to meet an investor and bumped into one of the partners. He asked me how I was, politely chatted for a bit and then asked, “Did you raise any money? Angel funding?” I said I hadn’t (YourStory was bootstrapped at that point of time). And then he laughed – rather dismissively. “You know so many people in the ecosystem and you still haven’t managed to get any money?”

I laughed right back (laughter is my best self-preservation mechanism) – also, it was all I could do. To be honest, I felt a little bit lesser about myself as if I was inferior, not good enough. Later that night, I began questioning myself – what was wrong with me that I hadn’t been able to raise any money when everyone else around me seemed to be making the front page with one round of funding or another?

What was it about me that I hadn’t been able to raise money? Am I not a good entrepreneur? Am I taking refuge in my view that I don’t really need the money? Do I not have enough business-savvy?

The immense amount of self-doubt that grips an entrepreneur is not a part of our conversations over coffee.

Raising capital has become a benchmark especially since 2014. And slowly but surely there came about a divide between the haves and have-nots. And it further deepened when the word Unicorn made its way into our everyday parlance. These Unicorns, to my mind, are much like the mythical Aryan race, supposedly superior, better than the others in the land.

Deep down, the validation that most entrepreneurs were looking at was being trampled down amid the media frenzy for success – and raising funds equaled success.

I’m digressing, but let's revisit what is validation. According to Psychcentral, "It’s getting feedback from others that what I do and what I say matters to you. You hear me. You see me. You think of me. You thank me. You acknowledge my accomplishments. You appreciate my efforts.”

And the ecosystem appreciation only went to those who raised the most money and at a high valuation.

And then I realised that behind the euphoria of front-page headlines and billion-dollar valuations and investors flooding the market, one part of the startup ecosystem, was living in the bubble of “great capital chasing great narratives”. We didn’t realise there was another India, one that I was a part of, was cheering from the sidelines, talking about but not really a participant in raising any funding.

YourStory reported that Indian startups raised $5 billion in 2014 over 300 deals and took that number to $9 billion over 1005 deals in 2015. Most of us were afraid – when you question this, you are branded as having “failed” to raise funding. (Today, having crossed over, perhaps I’m allowed to make this statement. If I had questioned it earlier, it might well have been a case of sour grapes, a personal shortcoming of some sort.) “Oh yes, it has happened many times,” someone senior and extremely accomplished said: “Funding demarcates the crème de la crème from the rest.”

And so, to me, that’s why 2016 is a beautiful year. That’s when things started crumbling, and the winter-is-coming narrative took root.

There were simply not as many deals happening. And that’s when I began to feel that things were “normal” – I don’t envy anybody or their fundraising saga, but the ebbing euphoria seemed right. So very right.

2016 has been the year where the majority, if not all, realised that raising capital is not the only way to build a successful business. Once we began scratching the surface, beyond the euphoria of funding, we realised that people would ask for a great product experience and a superlative user experience. Are you a big-boy brand looking down upon the rest, or are you one of the rest, wanting to climb higher? It was also a realisation that the flow of capital wasn’t unending.

The somber realisation hit that though raising big rounds of funding was the talk of the town, the vast majority in the startup ecosystem haven’t seen any of this money. Employees and professionals haven’t. We hear stories of plush bungalows, massive valuations, big cars, and fancier holidays. But the number of people who have benefited are just a handful.

Also, the poster boys of our startup ecosystem have shown signs of being only human. And I am sure all of us in the startup space learned (what other sectors have hopefully learned and re-learned over the years) that heroes don't remain heroes in the media.

I would like to quote here a famous journalist we lost recently, Dileep Padgaonkar, who said: "What has kept India going throughout the millennia: an uncanny ability of Indians to create an idol, worship it, taunt it and ridicule it and, by and by, destroy it with equal fervor. India can be singular only so long as India is plural. Evidence of such a realization has, to date, been fuzzy."

This year, we began looking beyond the gloss and glamor and began looking at our own selves. And realised that even if we hadn’t raised millions of dollars, we weren’t doing too badly. We were doing good work. Maybe our net worth in the literal sense didn’t go up but our appreciation of the journey we had made, and of our goals, made us realise that we weren’t left out. We were just walking a different path to a common destination – that of building a scalable, sustainable, and profitable business that impacts the lives of hundreds of millions of users.

To me, the biggest takeaway from 2016 is the reaffirmation of one fact, which as an entrepreneur I forget often: the validation of my journey, my success, and my failures lie within. I’m the only person who needs to validate myself. I do not rely on a transient world that judges me from one round of fund-raising to the next.

As Anna Deveare Smith so eloquently put it: