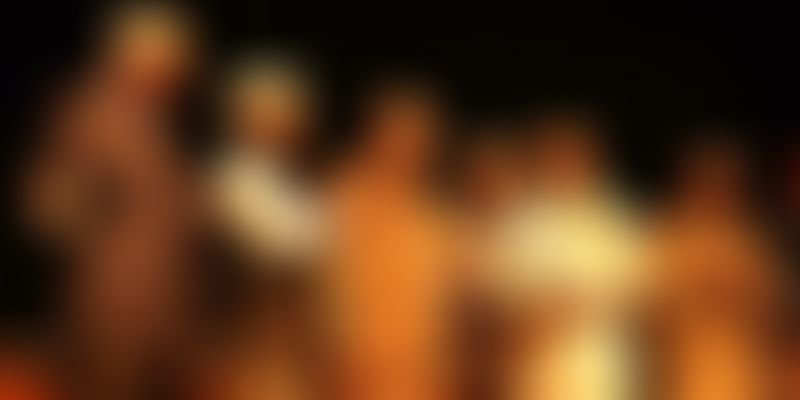 He was called mentally unstable and was often made fun of for carrying plant saplings and seeds all the time. He was humble, simple and he only used a bicycle to commute. But now, he is the recipient of the prestigious Padma Shri award, the fourth highest award for a civilian, after the Bharat Ratna, Padma Vibhushan and Padma Bhushan.

This is the inspiring story of Ramaiah Daripalli, a resident of Reddipalle village in Khammam district, Telangana state.

Ramaiah used to take plant saplings and various seeds along with him wherever he went. He travelled indefinite distances to reach a spot of barren land so that he could plant the seeds and saplings he was carrying. Over the years, he went on to plant millions of trees all across the area. Speaking with The Hindu, he says, "I don’t exactly remember the number of trees I have planted over the years. I believe in action and not in just preaching." Ramaiah claims the number of saplings he planted would have easily crossed 10 million, or almost one tree for every third citizen of the state of Telangana.

The 70-year old man is referred to as 'Chettu (Tree) Ramaiah' and 'Vanajeevi (Forester) Ramaiah' in Reddipalle village. In a chat with Hindustan Times, the humble man said, "Planting saplings is not just a hobby for me, but a passion. Wherever I found a spot of barren land in my area, I planted a tree. My objective is to see that every sapling that I plant survives. Even if one plant wilts and dies, I feel as if I have lost my life."

His two-bedroom house in Reddipalle is all covered with placards, slogan-filled banners and boards that justify the significance of environmental conservation. His better half, Janamma Daripalli, talked about how he was made fun of for carrying saplings everywhere. She said, "He used to pedal several kilometres to a barren spot where he would plant saplings and sow seeds. He was confident that the area would turn green some day." He carries a scarf which says "Vriksho Rakshati Rakshitaha" (Save trees and they will save you) whenever he sets out to plant saplings.

This inspirational couple has sold their three-acre plot of land to gather the necessary funds to purchase seeds and plant saplings. The couple also has a habit of gifting plant saplings to people on their birthdays and anniversaries. Be it a marriage, a birthday, or a wedding anniversary, the couple has made it a habit of gifting saplings. Ramaiah studied only till 10th grade, but he ensured that he never gave up on reading a lot of books. He collects clippings of stories and articles that are published on plants and trees. He pastes them all on the boards and walls in his house.

Speaking about receiving the Padma Shri, he told Hindustan Times, "My responsibility has gone up with the Padma Shri. I will continue this campaign till my last breath. I will be happy if I am able to inspire at least one crore people, so that each of them plants one tree each." Ramaiah was also awarded plenty of state and national awards on account of his work towards tree plantation. Last year in June, on Telangana formation day, the government awarded him a cash prize of Rs 1 lakh.