US armyman-turned-entrepreneur and investor, Anthony Pompliano believes he got a cheat code into life 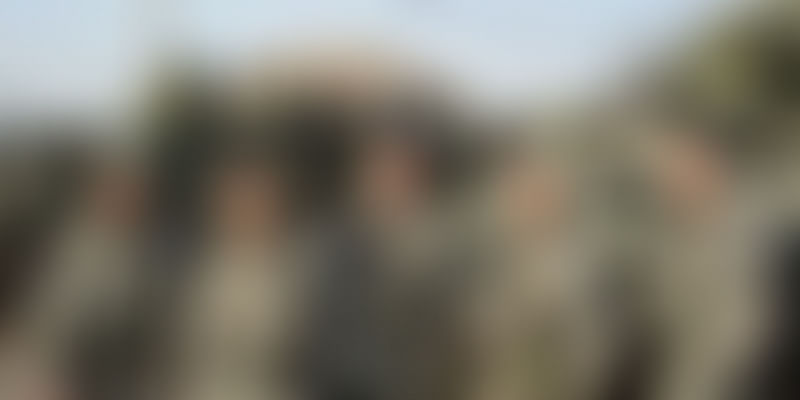 What happens when an investor from North Carolina, USA, drops in a tweet saying he is in India for a holiday and is interested in meeting startup founders? The answer — a fireside chat with Anthony Pompliano moderated by Nikhil Jois, CEO and Co-founder, Eventosaur, surrounded by enthusiastic founders at NASSCOM, Bengaluru.

YourStory had the opportunity to chat with Anthony, an army guy and entrepreneur-turned-investor, on the sidelines of the fireside chat.

After spending seven years in the army, of which three years were in the intelligence division, Anthony went on to found two companies, both of which were acquired and sold. After this, he worked in Facebook’s product team, moved to Snapchat’s growth team, and is now managing partner at Full Tilt Capital. Anthony says,

I think I got a cheat code into life. I get to talk to the smartest people in the world working on the hardest problems and learn from them.

Anthony explains that for him, life moved from parties to war zones. He may not have expected to find himself there, but the army gave him a different perspective on life and taught him things he wouldn’t otherwise have learnt. After getting out of the army, Anthony did a course in economics and sociology. He says the former gave him insight into how the macro aspects of the world work and sociology gave him insight on societies and people.

All of us face challenges in our lives; it is just that the degrees differ. One’s understanding of life and its nuances, according to Anthony, comes from reading, talking to people, and facing different situations. Maybe it was this very perspective that made Anthony and his brother Victor choose India for a holiday.

It is all in the perspective

They were thinking of where to head out for a holiday and decided on India as they had never been here. They just booked their flights and landed in Mumbai at 2 am on December 21. They had no clue about where to go and what needed to be done. Anthony says he just figured it out as they went.

What is the worst that can happen — I get robbed, and then? I am still alive. I could get lost but I am still breathing. I have got my arms and legs intact, my brain works and my heart continues to beat. Life just goes on. It is all about perspectives.

After Iraq and completing his studies, when Anthony was faced with the prospect of working, he thought — “I don’t want to do a job, I just want to create jobs.” But by his own admission, he had no business starting up. Working in the edutech space, they hustled, learnt everything from scratch, built products, and came to understand how consumers behave.

At each step, they kept improving the product on the basis of customer feedback. Citing the example of Slack, which was in the beta phase for 18 months, Anthony emphasises that there is nothing wrong in taking the time to understand and build the product before it is deployed. Anthony says,

Today when I sit on the investment side, not a day goes by when I don’t tell founders about what mistakes I have made and how they should avoid them, especially when I see them doing it. I don’t know the answers. The way I look at it, advice is to provide framework, data, historical knowledge, and experience. But you need to make your own decisions as a founder. I tell all founders, I will never take credit for the success of your company as I will never take credit for the failures.

A world beyond the Valley

What the Silicon Valley has is a lot of knowledge, capital, and experience. But Anthony believes that talent and ambition are global and not restricted to the Valley — Skype wasn’t born there, and Facebook was started on the East Coast.

Anthony believes that while the Valley has several positives, it could perhaps also be one of the biggest wealth destructors. While he is yet to find data that can validate this, Anthony thinks that the amount of money that has been invested in the space, and the amount that got burnt in deals that didn’t go through, are almost proportional. Despite this, many see the wins more than the losses. Therefore, according to him, perspective plays a role as well.

The world, Anthony says, is a people business. With the right people and opportunity, great things can be built. As an investor, Anthony believes that you need to leverage people you trust and the information sources you have, to make a well-informed decision.

Full Tilt, he says, invests in companies that he isn’t an expert on, as he isn’t an expert in anything. So what he does is learns as much as he can, asks people for their opinions, and does as much homework as possible, because he believes you can always find people smarter and better than yourself.

I might walk into a meeting knowing 300 to 400 percent more than what I knew earlier. But that still isn’t even half of what an expert will know. But if I can leverage the knowledge and data and make a decision that has a better outcome that it would’ve without data, then I would make it.

No investor knows for at least seven to 10 years if his/her bets are perfect or brilliant. What one can do is reduce the possibility that they are wrong. Explaining this, Anthony says,

People can do everything right and still fail — there never are any guarantees. There always are situations that are out of control, so all I am doing is playing a probability game.

With Full Tilt, Anthony looks to make investments across the globe, India included. Apart from taking a holiday, his visit to India was also to better understand the country, what problems it has, and what entrepreneurs here are working on. He says,

When people in the US look at India, they see a country. But only when you come here do you realise it is a Subcontinent in every sense of the word. I thought I could travel from Mumbai to Delhi via a bike in a day. But after coming here, I realise how wrong I was. You need to travel huge distances, and each place is different. You don’t understand that sitting in the US.