'We will put back the fear of media,' Arnab Goswami on his Republic 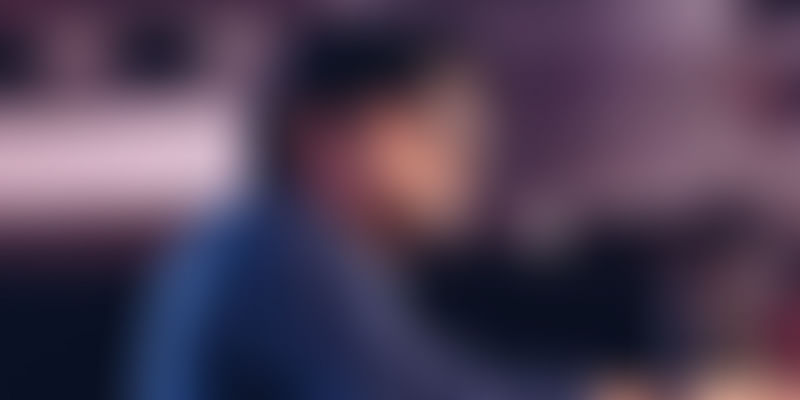 [UPDATE: According to media reports, Rajya Sabha MP and Bengaluru-based businessman Rajeev Chandrasekhar has invested over Rs 30 crore in Arnab Goswami’s soon-to-be-launched media channel Republic. Chandrasekhar, who is also the vice-chairman of the NDA in Kerala, is a director in Republic. According to Business Standard, "Republic will be a part of ARG Outlier Media Private Limited, of which Arnab is a managing director (he was appointed to the post on November 19, 2016, a day after he quit Times Now)." Since Arnab announced the launch of his new channel, a number of well-known names of investors, especially Bengaluru-based, have been doing the rounds.]

“In this country, if you don’t scream and yell then nobody gives a damn.” So said Arnab Goswami to a packed house at the 2017 Under 25 summit in Bengaluru on January 8.

And if one were to judge from the loud applause and cheers from the 3,000-odd young audience, there was no doubt whose side they were on. Had Arnab asked them to vote for him, he would have won with a landslide victory. Though he did something closer, he chose to use the stage to rally support for his soon-to-be-launched media channel, Republic.

They shouted “Republic,” when he asked them what the name of his media outfit was. Taking his cue, he preempted the question ‘the nation wants to know’, by answering what Republic is.

The under 25s sparked a Republic anthem for us in Bengaluru! Shout it, scream it, write it, type it and THUMP IT! #ArnabInBLR pic.twitter.com/1fM7VZn3gJ

Hitting out at his detractors, the “high priests of Indian journalism,” as he called them, for keeping quiet about the recent molestations in Bengaluru and, instead, choosing to focus on a family feud in Uttar Pradesh, he said the media had lost the judgment of what is right and wrong.

“For 10 years, in Lutyens’ Delhi, I have seen the decay and near demise of this beautiful profession of journalism that has been compromised beyond belief,” he told the ecstatic crowd.

“You and me together will save Indian journalism from the influence of Lutyens’ Delhi. Take journalism outside Delhi, take it to Pune, to Guwahati, to Bengaluru, to Mumbai but the national capital. They are so compromised, so co-opted they have no right to represent the people,” he said, in his signature high pitch.

Welcome to Twitter, @Republic! We are happy to be your microphone to the Nation ?? & World ? https://t.co/kZEz3V5lVb

Having announced the launch of his media channel on Twitter and Facebook a few days ago, it is clear that Arnab considers the digital natives, the millennials, the Gen Zers -- call the under-25 youth what you will -- his constituency. He hit the raw nerve by raising the serial molestation and groping incidents in his speech right at the beginning.

“You know what has happened in Bengaluru recently,” he asked, raising the tempo. “Yes,” chorused the crowd.

“I am seething. I am restless. I have not missed being on air as much as I missed during these past few days,” he confessed, adding, “I have been feeling at the bottom of my heart and at the pit of my stomach an irresistible fury when I think of the comments made by the minister...I want to know where is the media of the country? What do they find interesting? People ask me why are you launching Republic? That is why.”

Terming it a movement and not a channel, he said the time for independent media has come. “People have asked me what is the ingredient of your journalism? For me, it is not rocket science. It is a list of dos and don’ts. It is about right and wrong. It is not a narration of facts. People ask me why don’t you depend on facts, I tell them if I depend on facts I would not be a journalist I would be Wikipedia.”

Arnab brought up the Commonwealth Games scam that his erstwhile channel had broken in 2010, as an example of his journalism. “On December 27, 2016, the scam accused Suresh Kalmadi was appointed as the life president of the Indian Olympic Association. Why is the media quiet about this? What’s happened to the media in the last few months (referring to the time since he resigned from Times Now)?” Switching on his menacing tone, he answered his own question, “The fear of media has gone, and we will bring back the fear.”

Dressed casually in denim and a dark blue shirt, Arnab presented a picture contrary to his stiff image on his popular show The Newshour debate, on Times Now. He pulled out the right words for the Bengaluru crowd, requesting them to “swalpa adjust madi,” and saying how he enjoys coming here for his Bengaluru detox. He joked about hiring Arvind Kejriwal as his marketing manager, kept pace with AIB’s Tanmay Bhat’s popularity with the young crowd, took audience questions, and, in the end, did what he does best: let his voice rule the stage.

It is this generation of beatboxers and hashtags droppers that Arnab has his sights on to make his new media outfit a success. A generation that is not afraid to tell it like it is. A generation well aware when it is being taken for a ride. For now, Arnab has every reason to rejoice.