What’s in a domain name? Quite a lot of Jack 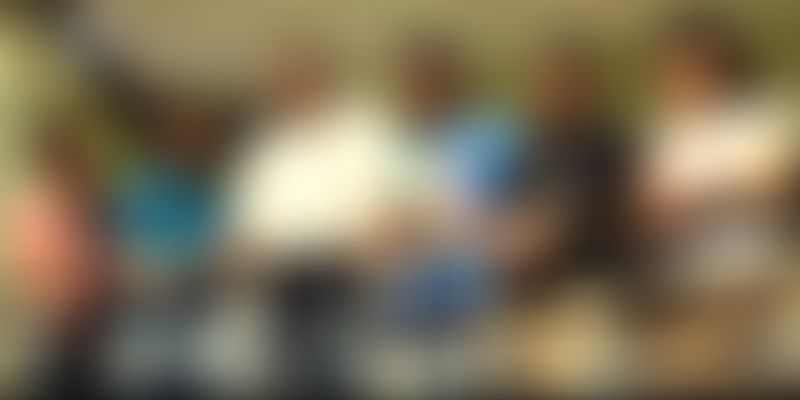 The 20 most expensive domain names ever sold had two factors in common: they were all one-word domains with high CPC and all were dotcoms. Oh, but before that, some more fun facts. Did you know that Facebook paid $8.5 million to the American Farm Bureau Federation for the domain name FB.com in 2011? Or that Aditya Birla Group paid $22,000 for Abof.com in 2015?

Today, any domain name seller worth his salt would swear by the analogy ‘domain is the real estate of internet’. Like land, domain names are limited in number and so when the demand rises, their value shoots up. Domain names have lately caught the fancy of young entrepreneurs who are now eyeing it as the next big “online assets” business.

One such entrepreneur is Indore’s Pankaj Vijayvargiya, an award-winning domain investor who sells domain names under the brand umbrella of Bitlevel International. With a small team of five people, Pankaj has managed to make a name for this startup in a short span of time. He was recently selected as a participating tech entrepreneur by the German ministry of economic affairs and energy (BMWi), sponsored by the Government of Germany and supported by DIPP, Indian Ministry of Commerce and Industry, and the Government of India for an extensive one-month visit to Germany. He was one of the 20 entrepreneurs from various fields who were selected for this delegation to facilitate international business between India and Germany. We caught up with him to get some trade secrets of the domain name selling business.

How to keep an eye on domain names?

Pankaj believes that the biggest strategy is to watch out for the ‘expired’ domains — domains which were previously owned by someone else but have now been dropped and are available for anyone to register. It’s just a gold mine waiting to be exploited.

The second important factor is to watch the trends online and register the domains accordingly. For example, people who registered domain names related to Donald Trump a few months ago have turned their investment thousand-fold,

We register the new and trendy domain names for the usual price of Rs 200–700 and flip them between $2,000–$10,000 figures to international clients. We make these sales on a regular basis. Currently, we own a portfolio of over 30,000 domains including some high-value and premium ones such as Snooker.in, Beard.in, Youngster.in, Mentors.co.in etc.,

But Pankaj is quick to warn about the legality of the process.

You ought to keep an eye on what's hot while also watching out for any trademark violations along with registering expired domains,

he says. In order to register any fresh domain, you need a registrar such as GoDaddy, Dynadot, Name.com, NameSilo, BigRock, etc.

The outbound and inbound selling of domain names

You can either sell a domain to an end user or to another reseller. For end user, the basic strategy is to do a quick Google search with the name of your domain and contact the websites/individuals who have a business similar to your keyword. For resellers, you can go to certain dedicated platforms for domain name buying and selling, two of the best ones being NamePros.com (forum format, free) and Sedo.com (paid),

Meanwhile, entrepreneurs in this area can also just "park" a domain where it does nothing, but attracts inquiries from possible buyers, while also making some money from any traffic that comes to the domain. Some of the common parking platforms are Bodis, Voodoo, and ParkingCrew. Today, there are teens who have discovered the importance of domain names but not everyone has the maturity to understand the value of the domain name they have registered. One of the most famous examples of this was the selling of the domain name maxchanzuckerberg.org by a 21-year-old boy Amal Augustine from Kochi to Mark Zuckerberg since the domain name was named after his daughter Maxima. But Zuckerberg bought it for a mere $700 — a value that doesn’t justify the weight of the domain name.

The Indian domain industry is now on the verge of a boom with the number of internet users having gone up to 400 million. Two years ago, the count of total .in domains was just 1.3 million since its inception from 1989 and now it's 2.2 million.

It took 27 years to register the 1.3 million .in names, whereas in the last two years itself, one million were registered. Out of these 2.2 million, almost one million are parked domains, which means they are owned by resellers/domainers for the reselling purpose,

Various sources indicate that there are a total of 3.5 million domains registered in India in all extensions (com/net/org/in).

So which among these is best for Indian enterprises wishing to register? Should they opt for an .in or a .com?

Over the years, I have seen .in that is suddenly coming into fashion and people are realising that by this, they are targeting the world’s second-largest populated country. .in is predicted to see a huge boom in the next five years. A good domain name gives an enterprise that initial trust and credibility. It definitely plays a part in search results, precisely why the simplest domain names are the costliest and most sought-after. The simpler the domain name, the better,

Pankaj believes India and China are the two leading countries where there’s much awareness both in terms of entrepreneurs getting their firms registered and entrepreneurs creating a business out of domain names. He started this business of domains five years ago and has registered an unbelievable growth of 2,000 percent year on year.