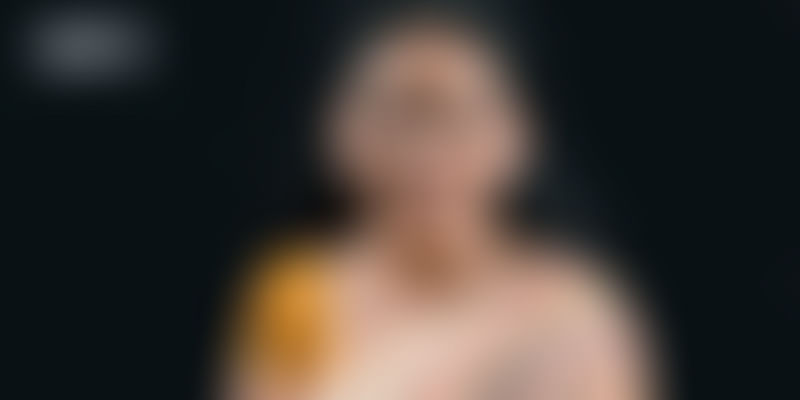 Cynthia Srinivas studied computer engineering in the late 1980s when the field was still in its nascent stages in India. She has seen the evolution of information technology in the country and is an expert voice on women in tech today.

Cynthia says, “Women in tech have always fared better in India than most other developing countries. If you look at STEM (Science Technology Engineering and Mathematics) courses, there always has been almost an equal gender ratio in our colleges. Even when I passed out, way back in 1990, our batch in my engineering college had an almost equal number of girls and boys.”

The big hurdle for India’s women in tech

According to Cynthia, the problem in India is quite different. Although women start off in the corporate world in equal numbers as men, they tend to drop out midway. Though this is a universal problem across sectors, Cynthia feels that tech roles used to see higher levels of attrition by women after marriage or motherhood. However, the professional world has become more conducive to working mothers and there are a lot more opportunities for women getting back to their career after a break.

This struggle is universal and we should stop boring people by talking about it. I feel we should stop using the term work-life balance and call it work-life integration. I have been through it. I know women who have been through it. I know over the decades, we have all tried to find a solution to this – either through extended family or child care centres. Honestly, in last five years, I haven’t heard a single woman say that she has given up her job just to look after her baby. Companies are also increasingly helping women by making the path to restarting their career a lot easier.

Like all working mothers, Cynthia faced the feeling of guilt of leaving her daughters at home. However, the importance of education and work ethics that her parents instilled in her ensured that Cynthia stayed committed to her work even when the going got tough. Since her daughters are quite grown up at 20 and 16 years of age, she does not have to go through the ‘Am I spending enough time with them?’ stress. “They are busy with their studies and do not want their mother hovering around,” she says with a laugh. “Women have learnt to work around it and I don’t think we should be even talking about it because it is a topic that has been done to death.”

Cynthia could manage her career that demanded travel and the occasional late hours because of a strong support system consisting of her husband, parents, and parents-in-law. If women who do not have that privilege want to take a break for a few years, there is nothing wrong in doing so, she says. This is her advice for those women who are on a break and want to restart their career. “Yes, it’s not going to be easy. Don’t be harsh on yourself, give yourself time. Technology keeps changing, so try and keep yourself updated. Be adaptable. Take risks. Try out new things. You just have to persevere.”

Cynthia has seen a spectrum of technologies starting from BASIC, COBOL, PASCAL and C, Java and object oriented programming. She has also worked in different domains like networking, telecom, storage, and now product infrastructure. Cynthia believes software engineering gives the foundation to explore different kinds of jobs in the industry. Cynthia’s team takes care of the infrastructure for Intuit across global offices – from the machines in the lab environment to hosting QuickBooks online and managing data, networks, and storage. Her team constitutes more than 25 percent of the global team. They manage all the operations on India time, that is USA night time, for the data centres on the other side of the world.

Soon, the challenge that Cynthia's team will be handling will be the transition from an internally hosted data centre to the public cloud. Cynthia explains, “An internally hosted data centre is like a fortress with your own firewalls, whereas the cloud is a public environment where security controls need to be rigorous. We will also have to continue honouring the SLAs (Service-Level Agreement) with customers during this transition.”

Managing a team is an aspect that Cynthia loves about her job. She says, “Some people are just not cut out for management roles and prefer sticking to tech roles. On the other hand, I get energised by people. So I rarely work from home.”

Since information technology started off as a services industry in India, the managerial ladder was the only way to grow. With the onset of product companies in India, people have the option of choosing between the technical ladder and the managerial ladder. So many choose to provide tech leadership, where they still work with and train people without directly managing them.

Cynthia heads a team of 100 with five direct reportees. To stay connected with a team of that size, she resorts to skip level meetings with the larger team without their managers, once a quarter. Sometimes when there are critical issues, she reaches out directly to the concerned team members.She also does a quarterly all-hands meet, which keeps the communication channels open within the team.

Cynthia believes that for a leader it is important to be approachable and communicate while maintaining maximum transparency.

Cynthia had previously worked in a much smaller organisation that could be described as an established startup. Since the bulk of her career has been with large multi-national firms, this was an interesting and educational experience. She grew the team from 30 to 100 in 18 months. She says, “The advantage of a startup is the agility of decision making and the ease of bringing in change but on the downside, the processes are not strong. If processes are not put in place, there will be chaos and scalability becomes a problem.”

Cynthia does not believe in ‘all work, no leisure’. Her destressing mantra is spending time out in open, green spaces. She stays fit by staying active and not by shunning food. When I compliment Cynthia on her beautiful saree, her executive assistant says that it is just a sampling of her beautiful collection.

I wind up our lovely conversation by asking Cynthia for her motto for success at the workplace. She says – “Be bold, passionate, and driven. Lead by example, challenge the norm, team first and be a finisher!”