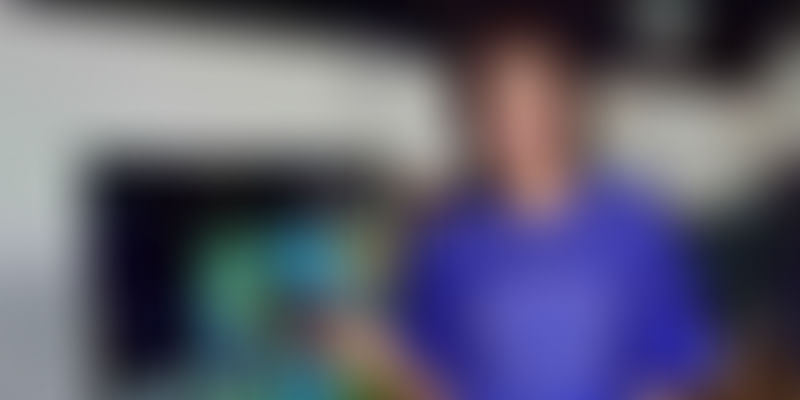 I don’t think you need to become a man to show you have power. I have been taken seriously as a leader and entrepreneur in a male-dominated industry while being unapologetically feminine.

Isn’t it refreshing to hear a woman entrepreneur say these words at a time when being feminine is still seen as being weak? Devita Saraf, Founder of VU Technologies, and the speaker of the above words, is feminine personified - always fashionably dressed, with not a hair out of place, and to top it all she is the face of her brand in all its advertisement campaigns. But, look at her company’s sales or speak to her and no one will question her business acumen.

Devita, 35, launched television brand VU in 2006. A decade later, in FY 2015-16, the company had sold almost two lakh televisions and clocked revenue of Rs 275.8 crore. Now, the company has sold one million units and the target revenue for this fiscal is an ambitious Rs 500 crore. The company has already reached Rs 400 crore.

Business in her blood

Many would say that Devita has had an easy path in the high-stakes business world. Her father is Raj Saraf, Founder of Zenith Computers, and from the age of 16 she started working in various departments of the company to learn the ropes of running a firm. However, as a member of the conservative Marwari community Devita was breaking many a taboo by doing something as simple as going to work in her father’s company.

Devita pursued an undergraduate programme in Business at University of Southern California. But while her classmates were applying for jobs at consulting firms, Devita was clear that she wanted to run her own company eventually. She realised that coming back to join her father’s firm would be the best place to pick up much needed practical skills.

You can never be an entrepreneur if you are always looking for a backup. Karne ka hai toh kuch badha karenge (If you want to do something, do it big),” says Devita, who joined Zenith as its marketing director at the age of 21.

It was around this time, in the early 2000s, that Intel and contemporaries were developing high-end personal computers. Devita, who was involved with product development, realised that Zenith’s existing distribution channel would not be able to accommodate the high-priced personal computers, whose MRP was over Rs 2 lakh. So she launched a different brand and set up a separate store in Mumbai’s Nariman Point. The idea was to make it a luxury lifestyle brand rather than just a technology brand. As she sold those high-end computers Devita made a startling discovery. “Many people didn’t understand the entire technology, but they loved the display and were buying the computer for the display. Some just bought the monitor. So I said let’s look at the television business,” recalls Devita.

And that’s how VU TV was born in 2006. Devita was clear that VU would not be another cheap Indian alternative to higher priced international brands, which were perceived by customers as being superior in quality. “I realised that Indian businesses do not understand branding, except maybe luxury hotel brands. I wanted VU to be a big company that would compete with the big guys,” says Devita, who is a trained classical dancer. “When we entered there was the Mercedes equivalent and the Maruti equivalent but nothing like Honda or Toyota in the Indian television market and that’s where we came in,” she says.

VU’s televisions are priced roughly 30 percent cheaper than those sold by market leaders like Sony or Samsung, but priced about 20 percent higher than Indian competitors like Videocon. With a range of 22 SKUs, VU’s televison sets are priced between Rs 9,500 and Rs 3 lakh.

The magnetic pull of e-commerce

Devita started selling her televisions from her own stores and multi-brand stores like Chroma. While sales did pick up, Devita found that in multi-brand stores like Chroma, with whom VU had an exclusive partnership for some years, her TVs were competing with private label brands. The retailers were also demanding ever higher margins – going up from 18 percent to almost 30. So in 2014, when the company was doing around Rs 30 crore worth of business, Devita decided to start selling on e-commerce sites like Snapdeal and Flipkart.

Considering the boom in e-commerce the transition to online retailing paid off for VU and the company reached revenue of Rs 90 crore in a year.

In 2015, Flipkart, which was building up its consumer durables vertical, discussed an exclusive partnership with VU. “I took us four months to get convinced to go exclusive with Flipkart. The number they offered was really good,” says Devita, who declined to disclose the exact financial details of the partnership.

Also Read: The story of BPL’s amazing comeback, riding the online wave on the shoulders of Flipkart

The partnership has yielded good results for VU and Flipkart, the two companies claim. Sandeep Karwa, Head of Consumer Electronics and Appliances at Flipkart, says VU has recorded 100 percent year-on-year growth and that it now has 4.5 percent share of the television market. VU accounts for between 30 and 35 percent of Flipkart’s television sales.

I am confident of VU becoming the fourth largest TV brand in India. Flipkart aims to capture 20 percent of overall TV market and hence VU should be able to definitely achieve this goal,” says Sandeep.

Devita decided to be the face of the brand in all its ad campaigns as “celebrity brand ambassadors are failing customers”. Since celebrities feature in advertisements of many brands there is very little brand association in the minds of customers, says Devita. For an upcoming consumer durable company brand building is the biggest challenge as they do not have the marketing budgets the likes of multinational biggies like Sony, Samsung and LG command. Devita knows this well. She knows that her products, packaging and customer service have to deliver at the highest levels to build the customer satisfaction and word of mouth necessary to succeed.

Instant customer feedback and access to real data are the biggest advantages of selling online. The company has been able to make changes in the product quickly. For instance, VU’s smart televisions, which account for 30 percent of sales, come with buttons for Netflix and YouTube on the remote controls. This was done when the company found out from Flipkart that Netflix was set to launch in India.

While there are thousands of positive reviews of VU products on Flipkart, the brand has also received its fair share of negative ones. Devita says the brand takes customer feedback and reviews very seriously, so much so that her customer service team sits right outside her cabin in the VU headquarters in Mumbai. Devita says most issues are with delays in delivery and installation. However, when there is a product related feedback she tries to implement it as soon as possible. “We got reviews that our sound output is low and we invested in an internal USB connection to 30W speakers with vocal clarity. So reviews are very much a part of our product development process,” says Devita, who is on the lookout for an investor who can fuel her ambitions for VU.

So will VU go beyond televisions? Devita has a surprising response. “If I do something, I want to do something bigger than this, like not mobiles and gadgets. The next big thing I want to do is cars,” says Devita.

Whatever she chooses to do, Devita is clear that she will be true to herself. She says,

Whether I am at a photoshoot modelling for our campaigns or elbow-deep in gadgets making a new product – each one is me and reflects my talent. And it’s a sweet, sweet success because I have achieved something without changing who I am.