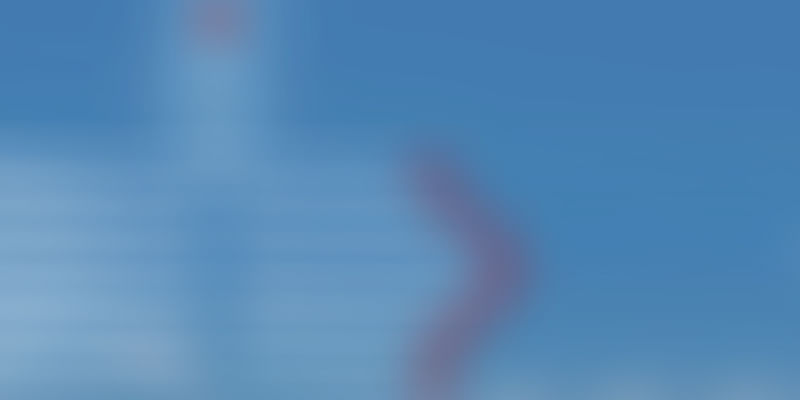 The year 2016 was indeed eventful. It was full of Black Swan events all through and of significant proportions, including the ones on November 8 and 9 of 2016. The great economist, Joseph Schumpeter, famously identified ‘creative destruction’ as the driving force of economic development and how entrepreneurs propel us from one inflection point to another.

Such periods of massive creations that emerge from destructive forces of change are great opportunities for the entrepreneurs, for now, the incumbents are at their vulnerable lows. Here are five notable entrepreneurship trends in India from 2016.

The rapid rise of Paytm post demonetisation, the reckoning of Xioami as China’s Apple, the ongoing problems with once venerable Samsung, the sale of Yahoo! at an indecent price, and the purchase of LinkedIn by Microsoft, are but a few instance of such creative destructions where the legends of past are trumped by the challengers from the new age. Some of these developments have pushed the researchers, managers, and laypersons alike to rethink of dictums hitherto held sacrosanct.

For starters, how valuable is customer loyalty? Consumers did switch from Apple to Samsung, and no sooner to Xiaomi, similar to how Tesla is fast replacing Prius on American roads. Yahoo!, one of the most celebrated brands of the yesteryears and a true pioneer, failed to find buyers, and here you have WhatsApp securing a $19 billion deal from Facebook. Back home, customers didn’t mind ditching their MasterCards and Visas for seeking cashback on Paytm and no sooner getting used to the idea of scanning the QR code at their nearest grocery store. The QR code, exploited to the hilt by Paytm, is another example of an extremely frugal and effective innovation. Needless to talk about the results of the recent US election, where almost all pundits were proven wrong in a triumphant moment!

Equally important is the realisation that disruption can happen in low-tech industries too! The realisation comes from one of the most remarkable stories of the year – the rise of Ramdev’s Patanjali. While disruption is mostly talked in the realm of high technology products, no one would have thought of a ‘desi’ firm giving a run for money to the likes of Unilever, Procter & Gamble, and Colgate-Palmolive, that too in their core product categories. But it’s all happening, and right here at the heart of urban India. The stories of Uber disrupting the rental car market, Airbnb doing it for hospitality, and Zoho for productivity tools for the SMEs, are all too common and known, but in low-tech, the instances are fewer. So, let’s not confuse innovation, especially the disruptive type, with high-end technology.

The rise of women entrepreneurs is another remarkable trend. From a time when women were mostly relegated to the household (read, homemakers) to being ‘suited’ for softer roles, such as HR and teaching, the women folks are eyeing serious business ventures, and often on their own. Women like Aditi Gupta of Menstrupedia, Richa Kar of Zivame, Ashwini Asokan of Mad Street Dan, Nidhi and Reshmi of Silver Talkies, and Gurleen Kaur of Hari Patti, amongst several others, are becoming role models alongside the legends of Kiran Mazumdar-Shaw and Shahnaz Husain for breaking the myths. Seeing the need for capability creation and celebration, recently, NSRCEL at IIM Bangalore joined hands with Goldman Sachs to educate and support women entrepreneurs. Remember, all these ladies are excelling in proverbially ‘male dominated’ fields or marginalised ones.

Along with the growing participation of women in the entrepreneurial setup, there is an unmistakable entrepreneurial traction in tier-II and tier-III towns of India. With pervasive and affordable communication and computation, and growing education levels in India’s hinterland, there are local enthusiasts keen to solve local problems. If Flipkarts and Olas can come up on the backdrop of Amazon and Uber, why can’t we have businesses in India’s hinterland inspired by the urban stories? The likes of Mera Gao Power that operates in the rural parts of Uttar Pradesh, and Husk Power System from Bihar have shown that sustainability can be an outcome when local problems meet ingenious (local) solutions. Much like reverse innovation, where solutions conceived in the East travel Westwards, the frugal and ingenious developments in rural India can address urban needs, or even create newer opportunities.

So much for the approaches and the outcome, but how about the enablers? The advent of MOOCs and a growing traction of courses and mentorship programmes on entrepreneurs indicates an emerging belief that entrepreneurship can be taught. From the times when businesses were thought to be a luxury for a few and necessity for many, it is fast becoming a matter of choice and even ambition. Increasingly, graduates from engineering colleges and management schools are opting out of placements and venturing on their own while being equipped with knowledge and pedigree. Globally, top B-Schools offer MBA programmes for entrepreneurs and are witnessing a serious traction. Back home, the NSRCEL at IIM Bangalore sees a growing interest in mentoring; institutes are offering MBA programmes on managing the family business, and on innovation and entrepreneurship, alongside the classic MBA programmes. All this is happening while scarce funds meet unabated enthusiasm in several parts of India.

To sum up, we are living in exciting times where starting a business, regardless of your gender, educational or ethnic background, location, or even age, is increasingly possible. With access to digital technologies and ideas, enablement and active support from governments for startups, and growing number of role models around us, starting up is truly in. May the coming decade belong to self-starting dreamers who execute their ideas and show a way.