Thanks to this man's battle, there are no more liquor shops along highways in India 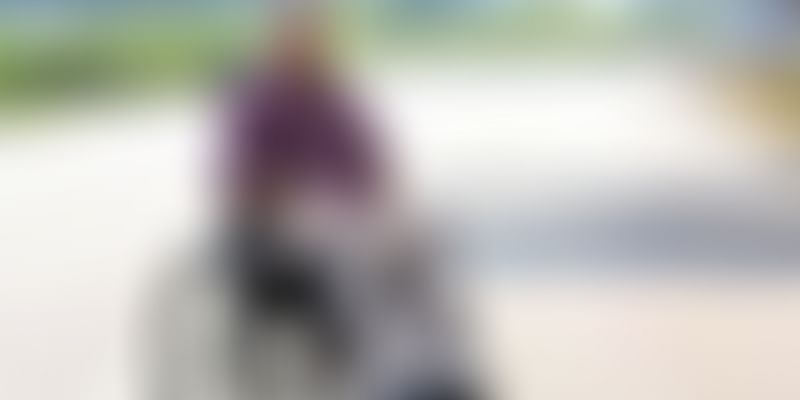 It was during October, 1996, that a 26-year old Harman Singh Sidhu and three of his friends were on their way to Chandigarh, after visiting a lake in Himachal Pradesh. Spotting a leopard cub on their way back, they had decided to take the irregular country road instead of the main road in hopes of spotting more wild animals. The vehicle they were travelling in skidded right off the road due to loss of control, and the car found its way going down the hill. While his friends got out with ease, Harman could not move. A spinal injury had paralysed him.

Speaking with Achhi Khabre, Harman said, "We were all sober. I was sitting in the back seat and the car spun in the air many times before it landed 60-70 feet down on its wheels. I can still see myself spinning with the car in slow motion, in great clarity and detail."

With this near-death accident, Harman lost movement in both of his legs, and he has been bound to a wheelchair ever since. Spending almost two years in a hospital in Chandigarh, he went through records and found out that such injuries happen primarily due to road accidents. Resolving to work on road safety, Harman started to spread awareness in the locality. From holding up placards to organising various campaigns, Harman contributed so much to letting people know about road safety. It was only after meeting with the then SP of Traffic, Amitabh Singh Dhillon, that Harman decided to change his approach.

In an interview with The Better India, he says, "Dhillon suggested that we would be able to reach out to a lot more people by launching a website that provided comprehensive information on safe and responsible driving. So, I created one for the Chandigarh Traffic Police. What I was unprepared for was the overwhelming response I got from the people – within three months, there were over one lakh people visiting the website!"

Within a few months, Harman started his own NGO, ArriveSAFE, and its objective is to bring about maximum awareness on road safety and transport. With all this expertise, he even went on to work with the WHO and UN for the designing of several modules on the topic. During this period, he spent a lot of time on the roads to assist traffic police, and he arrived at the conclusion that drunken driving leads to a majority of road deaths.

He said, "The figures were, and still are, really alarming. One person dies every four minutes on Indian roads, the highest in the world. As many as 1,46,133 people died last year, for which alcohol is a major culprit. I conducted a survey on liquor shops along national highways. Other than this, I also filed several RTIs with the Excise Department and the National Highway Authority of India for more information on the same. I was shocked to find out that there were 185 liquor vends on the 291 km National Highway 1 between Panipat and Jalandhar. That’s one liquor vendor every 1.5 km!"

Harman went ahead and filed a PIL in the Punjab and Haryana High Court and made an appeal that all liquor shops on national and state highways be closed. After the passing of a judgement in March 2014, over 1,000 liquor shops were closed in Punjab and Haryana. Harman, still dissatisfied, filed a petition in the Supreme Court. Following the governments of the two states approaching the Supreme Court as well, a stay was ordered, taking into account the large amount of income that came from these shops.

After going through the numbers and the records, the apex court said, "Human life is precious. As the road network expands in India, road infrastructure being an integral part of economic development, accidents profoundly impact the life of the common citizen. For a nation on the cusp of economic development, India can well avoid the tag of being the accident capital of the world. Easy access to liquor shops allows for drivers of vehicles to partake in alcohol, in callous disregard to their own safety and the safety of others."

Despite all the waiting, recently, in December 2016, the Supreme Court banned all liquor shops across all the highways in India, including state and national highways. The court also stated that the licenses of existing shops will not be renewed after 31st March, 2017.

Delighted with this judgement, Harman expressed his hope of saving hundreds of lives thanks to this ban. After a long fight for four years, Harman Singh Sidhu truly deserves applause from the entire nation for his tremendous work. The man, not one to rest on his laurels, has decided to go along the highways with his team, to ensure that no liquor shops are operational.