Hyderabadis to protest against the Bengaluru mass molestation on 21st January, #IWillGoOut trends 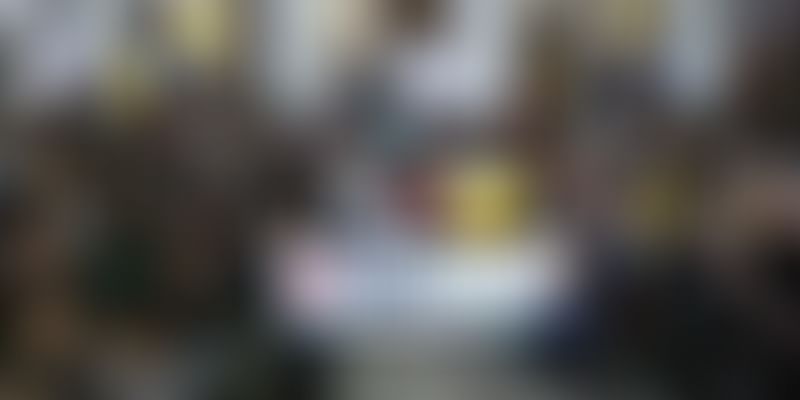 The molestation incident in Bengaluru that took place on New Years Eve was very disturbing, and has resulted in many protests, both offline and online. Amidst the many protests and rallies, there has been a viral movement on social media with the hashtag #IWillGoOut, protesting against the bizarre incident and various remarks made about it. In accordance with that, a lot of young protesters across more than a dozen cities are going to go out on roads and conduct a peaceful protest.

In Hyderabad, the protesters chose the Necklace Road area, and over 300 from the city are going to participate in it. The march is open to everyone, irrespective of gender and age. Adding more weight to this, Vyjayanti Vasanta Mogli, a prominent leader of the transgender community in Hyderabad, was one of the first to register for the protest.

Apurva Vurity, a student of MA in Women's Studies at the Tata Institute of Social Sciences, is a participant in this march, and she shared her own experiences and expressed her views about the molestation incident, and it is hitting hard. Here is a quote from a Facebook post where she says she is not afraid anymore:

"As a girl who has been brought up by the most liberal parents, not being able to go out was a foreign idea to me. I started going out alone from a very young age when I was just 7-8 years old. I was groped, slapped, pushed on the streets through my childhood, teenage and adulthood. I still went out. I still go out.

I vividly remember one incident from my childhood when I was in class 6. I was walking back alone at around 3 pm from my art class which was about 200 m from my home lost in the most innocent of thoughts when an old man (definitely above the age of 50) touched my behind and asked me "do you open all your clothes when you take a bath"? He smiled and winked and went away. Now that I am 24, I wonder what could have made that old man ask me such an obscene question. What could have made him think that I didn't deserve any respect when I had done NOTHING at all.

Of course this was just the start to my journey of being harassed in public. Of course I have never been scared and I never will be. No one should be.

As a student of women's studies, I realise that there is no one solution to this problem. It is deeply engraved in the society. It's got nothing to do with your sexuality or how you dress, but has everything to do with power. These acts that men indulge in are to remind women that they are subordinated. It is to remind women who has more power. I say we end these acts of imposing power right now. We remind them that they can't do whatever they please. We scream. We shout. We do that every single day. All of us together. Till it becomes deeply engraved in every single person of the society that women have the right to a dignified life. Till every single woman who is touched without permission creates an uproar to remind the perpetrators that we are not going to be afraid like they want us to be. We are furious and we will be furious till these acts of sexual harassment do not end.

My last message is a shout out to all the girls who have been molested on the streets, who have questioned their attire, who have questioned themselves for being attractive, DON'T. Shout and fight back. The society tells you that you aren't physically strong enough but trust me you are. Look around and you'll know. Punch and kick and fight back but don't ever keep quiet. Each retaliation is going to give you courage. Each day of fighting back is going to remind you that it isn't your fault.

Go out! We all will! Take the streets by storm and loiter all you want to. Reclaim your space in the world!"

More power to you, Apurva.