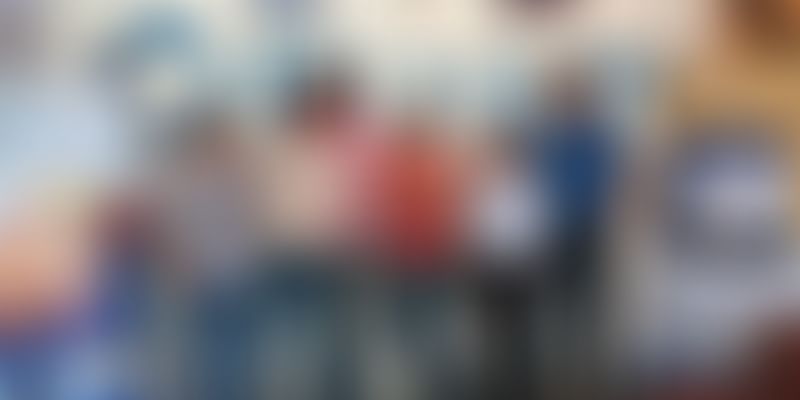 This idea, if executed well, can scale to a Rs 100 crore business in three years given the sheer size of the Indian retail industry, which is pegged at $600 billion.

Been there, seen that, done that. That's what Lalit Bhise's demeanour seems to convey when you meet him for the first time. The self-assurance of a man who has roughed it out in the heat and dust for years. After all, he's been engaging with grassroots retailers and wholesalers. Or, to put it more starkly, he has been working with guys who do “dhandha” in western and northern India, “hangdi” in Kannada or Telugu or “katai” in Tamil. In other words, the mom and pop retailers in this country.

Analysts at PWC and E&Y peg the number of kiranas in India at around 10 million. However, based on a variety of reports, the entire universe of such shops is around 15 million. These small stores are served by around 6,00,000 distributors — both large and small — who buy stock from consumer goods companies and sell products to these stores.

The retail density in India is very high — a suburb in a major city will have an average of 50 stores per kilometre. Senior management at Reliance Market, a cash and carry, say the total number of small stores in a city like Bengaluru could be more than 2,00,000. Where the problem lies is that across the country, these stores have been averse to technology, and in the instances where they actually opt for it, the ensuing confusion makes them dump it in under a month.

“We are not selling technology to kiranas — we have just made their order processing easy and made sure that the product is available to them in a day,” says Lalit, co-founder of Mobisy Technologies. Shree Kulkarni and Vasudeva Manjunath are the other co-founders. Lalit says that by making the product available within a day, he has freed up these stores’ working capital. “Earlier, these guys would buy more stock of a particular product and maintain inventory. The cash would not be available for them to buy other products,” he says.

Now, this is what Mobisy’s technology is all about. But getting there was not easy.

It all started in 2014 when Mobisy Technologies was a seven-year-old technology company that was pivoting from building mobility solutions for companies. Lalit realised that application development was not a scalable business, but since he had worked with consumer goods companies he understood how the supply chain worked.

Consumer goods companies in India manufacture and then transport goods through a carrying and forwarding agent to a warehouse. From there, goods reach stockists (distributors), who have a network of sub-stockists that supply to kiranas across the city or a region. Usually, a stockist handles 600–1,000 kiranas in a region. But here is the catch — FMCG companies create single corporate distribution systems. If you are an HUL distributor, you have to make investments for a warehouse and goods for HUL products. To invest in ITC products, you need to have another warehouse solely for ITC. The inefficient system, therefore, sucks up all the cash from distributors.

“If certain products do not sell, then the distributor is in trouble because he has invested cash with just one corporate. But that’s how the business is built in India,” says Prem Kumar, founder of SnapBizz, a business similar to Mobisy Technologies. So a multi-brand approach is the only way to save distributors who work with thin margins of 4 percent of the gross and 1.5 percent net of revenues. The kirana makes about 8 percent gross and about 3 percent net of revenues. This is a high-volume, low-margin business.

Here is what Mobisy did

Mobisy decided to disrupt the system. For the last two years, the company has been working with close to 200 brands in India and has helped their distributor systems use technology. The technology helped agents of distributors to capture data of products sold and unsold on smartphones from kirana stores. By doing so, the fill rate for the brands in the mom and pop retail ecosystem improved. This sales force automation and dashboard called ‘Bizom’ created enough data for Mobisy to understand the behaviour of distributors and kiranas. What the team learned was that these folks needed working capital and were struggling to keep their businesses afloat. Last year, their new product, Distiman, helped kiranas order their inventory directly from distributors, delivered in under eight hours.

What changed? Mobisy created a new network of its own distributors or stockists, all of which are multi-brand. This is liberating because the distributor is not stuck with any one consumer goods company and the kiranas get all they need from one stockist.

Step into Mysore and you will see six of Mobisy’s own stockists hard at work in their warehouses. One of them, Tejas Sequeira, who has converted a 1,000-sqft house into a warehouse, is making calls to kiranas about their requirements. Then he looks at his computer or his smartphone dashboard to see the orders that have been coming in. “Mobisy’s technology and their new distribution model are unique. It revolves my money faster and gives kirana to get products on the same day,” he says.

Mobisy talks to all the carrying and forwarding agents of consumer goods companies in Mysore and aggregates all the brands for its distributors. “Remember, we do this with technology. There is no inventory that we own or stock,” says Arun Narayanan, Chief Growth Officer at Mobisy Technologies.

The distributor deposits money with Mobisy, which it uses to buy stock from the C&F agents. The stock is picked up by the distributor. But all this is based on the demand generated from the 1,000- odd kirana stores that work with Mobisy in Mysore. The distributor gets data from kiranas on a regular basis and this is shared to Mobisy, which has the data to understand what brands are selling. This intelligence allows the distributor to stock up on what sells and is not under the control of the consumer goods companies. Now Tejas earns good margins — 4 percent of the gross, earlier, he now makes 8 percent of the gross.

“Data allows these retailers and wholesalers to become powerful, which means they can now bring products that consumers want and avoid unnecessary dumping by consumer goods companies,” says Srinivas Behera, founder of StockWise, a platform similar to Mobisy, but which works with kiranas only and not the distribution system.

According to E&Y, the retail opportunity in India is $600 billion, of which only 10 percent is organised. About 60 percent of this opportunity comes from food and grocery.

But Lalit does not want to enter tier 1 and 2 cities. “Here the FMCG distribution is well entrenched with big distributors dominating each city. But the universe of small retailers in tier 3 towns is also very high,” he says. Mobisy has expanded to Kolhapur in Maharashtra. “FMCG companies are looking at new ways to create distribution in smaller towns and we can help them through our networks,” says Lalit.

Lalit has now built a Rs 10 crore company. With the success of Mysore and Kolhapur, the company will expand to at least 50 cities over the next three years, by which time the company’s valuation will be pretty high and Rs 100 crore will be just another number.