Using technology to create a brotherhood: Melinda Gates on connecting the world 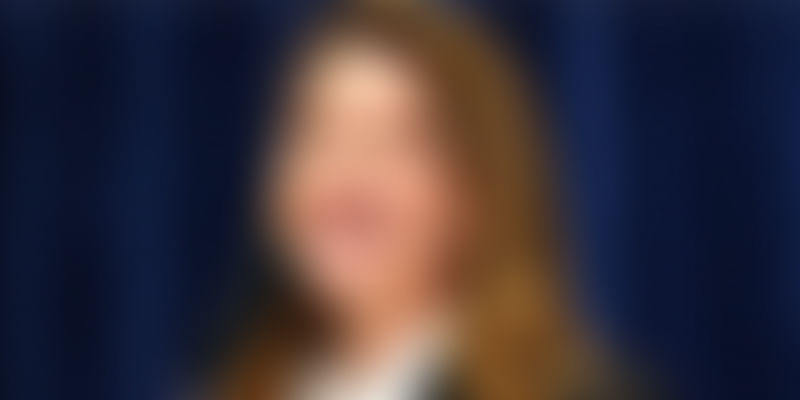 Melinda Gates may be one of the most successful businesswomen in the world. Considering her hold on Microsoft along with husband Bill Gates, it is only natural that she extends her wisdom on entrepreneurship and business to impressionable students. However, her speech that she proudly gave to the graduating class of 2013 of Duke University, also her alma mater, she chose to speak about something entirely different – using technology to perpetrate ethical communication.

The Bill & Melinda Gates Foundation has helped implement measures and provide funding to the underprivileged across the world. Bill and Melinda have travelled to the underdeveloped and developing countries to understand their everyday habits and overlooked requirements. In the midst of their itinerated travel, they realised the one thing people across the world – regardless of social background – had in common was technology.

Melinda, delighted to be back on campus, spoke about how this technology could be used to build connections that could, ideally, change the world. To her, it was a step towards fulfilling Martin Luther King’s dream of finally shaping this world into a brotherhood or sisterhood that it had so far fallen short of.

“I want to encourage you to reject the cynics who say technology is flattening your experience of the world…technology is just a tool. It's a powerful tool, but it's just a tool,” she said, while expressly stating that as a consequence of the ongoing communications revolution, the world can really be turned into the ‘neighbourhood’ that King and other world visionaries has so desired.

Here are the highlights of that speech:

Make the world your brotherhood

“I believe we are finally creating the scientific and technological tools to turn the world into a neighbourhood. And that gives you an amazing ethical opportunity no one has ever had before.”

Melinda believes that King’s proposition of a world as a neighbourhood without “ethical commitments” was slightly premature. To her, King’s proposition came at a time when Americans were only just beginning to travel to ‘third world’ countries. But today, with technology making the world a smaller place, theoretically speaking it is possible for individuals to connect – ethically and otherwise – with people across different cultures, religions, and society and learn from one another. This is the first step to creating an all-encompassing brotherhood which contains the nascent ingredients for real progress and development.

Equal partnership with the community

“The universe is like computer code in that way. Binary. There is life, and there is everything else.”

Difficult as it may be to view people with contrasting experiences as human beings with the same wants and needs as your own, it is important to view them as equals in the sense of a community. Melinda cited the example of Dr Paul Farmer, a doctor and global health innovator. She visited his clinic in Haiti and was amazed at the personal touches he incorporated, like building a personal garden with a canopy of flowering vines to familiarise the patients as well as offer them shade on a hot summer’s day. He also knew the entire village by first and last name and treated each with the same respect when he introduced them to Melinda. She also visited another clinic, where the traditional doctor-patient relationship prevailed – the doctors simply provided their patients with the necessary prognosis and treatment. This was a stark contrast to Farmer’s clinic. Ethical commitment and true communication comes with treating every individual equally, disregarding the many layers that society clads on them.

“I want you to connect because I believe it will inspire you to do something, to make a difference in the world.”

People don’t realize the potential of technology when it comes to connecting the world. Today, there are more than 700 million cell-phone subscribers in Africa. Even in Kibera, the largest slum in Africa that Melinda had visited, almost all of the younger generation, like their counterparts across the world, were equipped with smartphones. Melinda thus stressed on the importance of connecting with these people and more across the world. Through technology, individuals hailing from widely different social and cultural backgrounds can learn from each other, be it language, religion or even the right recipes. Technology is making the world smaller and offering the chance for individuals to help one another. So it’s time to use it the right way.

The communications revolution will transform the world

“As a result of the ongoing communications revolution, your world really can be a neighbourhood.”

Speaking about the vast developments that have abounded during one generation, Melinda speaks about how today’s ‘Generation C’, due to its affinity with technology and digital communication, can really transform the world into the ‘neighbourhood’ Martin Luther King so desired. To Melinda, the cynics who claim that technology is detaching and limiting individuals from reality are wrong.

As a concluding remark to the graduating batch, she expressed her faith in them and all of humanity to create a brotherhood and sisterhood in the way it was meant to. To this end, she said, “I hope you will use to the tool of technology to do what you already had it in your heart to do...To connect...To make of this world a brotherhood...and a sisterhood. I can't wait to see what it looks like when you do.”