How to make the world safe for all: men need to shun the culture that allows other men to be perpetrators 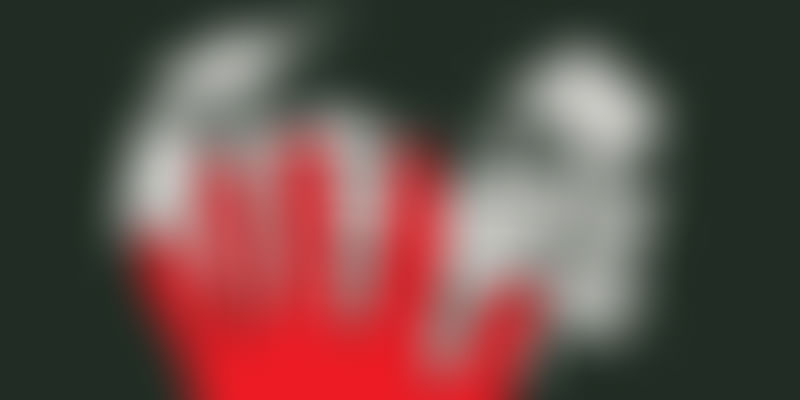 Ensuring women's safety is not just the responsibility of women, but also the men.

This New Year’s Eve, women were subjected to “mass molestation” in Bengaluru. Hundreds of men who took to the streets groped, pawed at, teased women and, in many cases, even tore their clothing. Nothing could stop these “hordes of men”, not even the presence of a male partner or the 1,500 security personnel deployed at Brigade Road and MG Road that night.

This mob attack is not unlike what happened last New Year’s Eve in Germany when 2,000 men sexually assaulted about 1,200 women in Cologne, Hamburg, and other German cities.

Both incidents in two very different countries seem to indicate some men’s deep resentment over women and girls being in public spaces and enjoying themselves. There also seems to be a pattern of perpetrators to “coordinate efforts” and in the anonymity and security of a group behave in ways that otherwise they would not indulge in. This is not just a recent phenomenon. Many years ago, my siblings and I were caught up in the Holi celebration of a fishing village and almost 100 men groped us and covered us with Holi colours whilst no one did a thing to stop it from happening.

In Bengaluru, the police watched mutely whilst men turned wild and bystanders remained passive. The police officially claimed that they have not registered a single case of molestation or harassment and that they helped reunite some women who were separated from their families and friends. This is despite eye witness accounts and film footage.

On social media, the hashtag #NotAllMen is trending because quite a few men want to prove they are not perpetrators even though unfortunately most of them are silent bystanders.

Men in power showed a shocking lack of concern over the seriousness of the attacks. The Karnataka Home Minister G Parameshwara said, “Such incidents do happen on New Year’s Eve and Christmas and that they (the police) do take a lot of precautions.” Whilst the Samajwadi Party leader Abu Azmi said, “In these modern times, the more skin women show, the more they are considered fashionable. If my sister or daughter stays out beyond sunset celebrating December 31 with a man who isn't their husband or brother, that's not right," and continued to add, “If there's gasoline, there will be fire. If there's spilt sugar, ants will gravitate towards it for sure.”

These cases of mass molestation seem to further the patriarchal mindset that women are “property” and need to be protected. They do not have agency over their bodies and they are the cause of the violence because of their dress, their looks, their behaviour, their conduct, and their need to have a good time.

Unfortunately, everyone seems to put the onus of women’s safety on the woman herself. Instead, major efforts must be made to educate men and boys about appropriate behaviour and the legal consequences of their actions. They must be educated to not personally engage in violence, encouraged to intervene when they see violence taking place and by addressing the root cause of violence.

If New Year’s Eve celebrations attract crowds, the law enforcement should make adequate arrangements to control the crowds and prevent them from turning into mobs. This is a basic measure that needs to be put in place. Lack of action on the part of the police, who instead of doing their jobs and ensuring the public space is safe for all, also emboldens these groups with a mob mentality who think they can get away with it. How can we then ensure that they will not resort to violence at other times?

We need politicians, religious leaders, and those who have the power to influence to be role models who do not make sexist and judgmental statements but speak the language of equality. They should be responsible leaders and not jeopardise the position of women by perpetuating harmful socio-cultural practices that police women’s behaviour.

Finally, to end violence, men must accept and examine their own potential for violence and take a stand against the violence of other men. If the majority of the men shun the culture and environment that allows other men to be perpetrators, the world will be a much safer place for all.