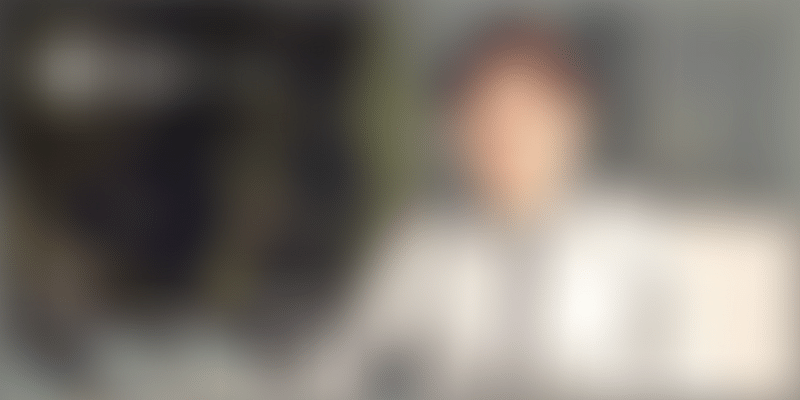 In this week’s Techie Tuesday, we feature Rashmi Verma, co-founder, MapmyIndia, who built the first-of-its-kind digital map database of India.

Rashmi Verma, Executive Director and Co-founder of MapmyIndia, had one thing in mind when she returned to India from the US in 1990 - build something lasting and powerful.

A graduate in Chemical Engineering from IIT Roorkee with a master’s in Operational Research and Computer Science from Eastern Washington University, Rashmi worked for the likes of Citi Corp before joining IBM in the US. She then returned to India with her husband and realised India did not have a map reading culture like the US.

With the firm belief that India has a huge market for digital maps, Rashmi co-founded MapmyIndia in 1995 along with her husband, Rakesh Verma. The Delhi-based company offers digital map data, telematics, and location-based SaaS and GIS services, and is now making waves with its app, Move.

With over three decades of experience in technology, Rashmi, who always believed technology has the power to bring quick and fast solutions, is now focusing on the broader strategic tech roadmaps and plans for MapmyIndia.

Rashmi’s father is a doctor, who worked for the Northeastern railways, and her mother is a homemaker. She spent most of her childhood in different parts of North India like Gorakhpur, Bareilly, and Banaras (Varanasi).

Rashmi describes herself as an academically inclined child and wanted to do medicine like her father. As it meant a lot of studying, she chose to do engineering from the University of Roorkee (now IIT Roorkee).

“I didn’t appear for many entrance exams and directly joined University of Roorkee. I was one of the nine girls who took up the Chemical Engineering course in 1973,” says Rashmi.

She says in those days there wasn’t much information of what electives to take, but in retrospect she feels she chose the best one. “It gave me a strong base on the fundamentals of engineering and also helped me in the future, and it made it easier for me to understand and learn different things and new concepts,” says Rashmi.

Rashmi got married during her third year of engineering, in 1976, and a year after her graduation she went to the US with her husband and pursued her master’s in Operational Research and Computer Science from Eastern Washington University.

She defines the course as the precursor to big data and data science. It was here that she learnt all about analytics, coding, and programming. After completing her master’s in 1979, Rashmi joined Citi Corp where she worked on building and handling the information technology for banks.

“I learnt all about banking technologies, and it was my first foray into building banking solutions, working on programming and coding,” adds Rashmi.

A mix of hardware and software

After her stint at the Citi Corp in the early 80s, Rashmi joined Scowell systems that worked on technology for home appliances. She explains that working at these firms gave her a detailed understanding of both the software and the manufacturing aspects of technology.

“It gave me an understanding of coding and programming across different sectors, and the impact and power of technology in each of the spaces,” explains Rashmi.

But according to her, it was only after joining IBM in 1984 that her horizons expanded. At that point in time, IBM had 600 people, and it was the beginning of an era where computer science professionals were hired as project consultants.

She says, “Not only was I travelling around the country training different software professionals, I was also working on billable projects going to different customers, building the core technology for different parts of the business with IBM Mainframe. I realised that I am a detail oriented person, and programming and building different mainframe products and projects gave me the much needed push.”

“One thing about technology is that you have the ability to find solutions for different kinds of problems. It is always zero to one,” she adds.

After working at IBM in the US for six years, Rashmi realised she wanted to come back home and use technology to solve real problems. She returned to India along with her family in 1990 and continued to work in IBM Mainframe technologies.

Rashmi explains, “We had our family here, and while that was one strong driving force, another strong force was the work we could do. We knew that technology had the power to transform lives, and we wanted to make that difference to the everyday lives of people in India.”

“We started doing projects for Tata Steel and we had also built a pool of people who could work on these projects. I continued to shuttle between India and the US, but then realised I didn’t want to lead that kind of life. What was the point of coming back to India if I was working on projects in the US, and my two children were here and I wanted to spend time with them,” says Rashmi.

Until then India did not have digital maps used by the general population. Most of the maps used satellite images and were built for government or military purposes. The maps, as we see it today, were built later manually by gathering data and information.

When the husband-wife duo decided to focus on India specific problems, they knew mapping was one area that will help solve several logistics challenges. But purely working on IBM mainframe systems didn’t help. It was then they realised they needed to work on smaller DC systems, and one core problem that stood out was the lack of any digital maps. People just weren’t using any map-based technologies in India.

“That was the beginning because without the map we can’t solve any problem even if we have all the technologies like GIS software,” explains Rashmi.

The Indian economy was opening up in the 90s, and companies like Coca Cola were looking closely at the Indian market.

“They needed maps, and we scrambled to build something to give them an early solution,” says Rashmi. She says they built a high-level map with the district boundaries to help with the distribution network.

However, the company needed a solution for cities where the trucks would ply and sell Coca Cola bottles to every outlet. This meant building streetwise maps with the outlets.

“This wasn’t just a digital map. We built a solution using GIS mapping technology. We worked for the likes Motorola, Modi Xerox, and a few others,” adds Rashmi.

While there was no GPS, Rashmi says she leveraged the telecom revolution to help build solution for telecom companies. This was for their towers, where they wanted to know the maximum amount of technology they needed to deploy.

“We built the triangulation services on our maps to help them with the best areas and what technology they could deploy, which also helped us scale our maps,” says Rashmi. It also gave them an idea of demography and signal strengths in each areas.

Rashmi says the pace of technology is faster now. Earlier, they had to painstakingly collect data manually. “Now we have real-time data gathering, map building, and machine learning that makes it easier to understand the changes,” she explains.

The company has grown with location technology, specifically in the areas of navigation, tracking, IoT, and analytics to provide products, services, and solutions to over 10 million end users – consumers, enterprises, and governments.

Advising techies Rashmi says, “My advice to techies is that whatever area you pick, ensure that you deep dive into it. I believe there are now two kinds of techies - one is the techie who goes into the bits and bytes and rebuilds deep tech. Another type of techie is one who goes to the business side of things and understand the plethora of things that helps give them a broader overview of what solution can be built. If you happen to be the first kind, I would advise you to dive extremely deep.”