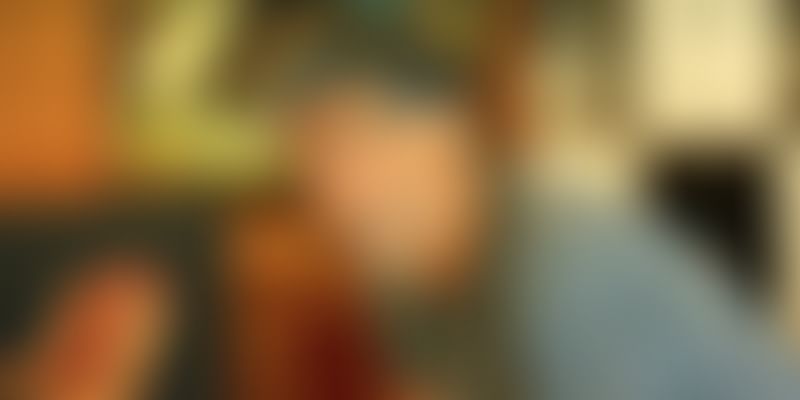 It is four in the afternoon, and bloggers, reporters, and fans are waiting for Milind Soman to launch his new venture – Deivee, a womenswear fitness brand. It was also time for the yearly Pinkathon in Bengaluru, one of the marathon man’s six ventures. Milind expounds,

“Everything that you do is a startup. The Tatas were, at one point of time, a startup. The only difference is that, today, people have the liberty to work strongly on an idea that they might have. Of course, many of those ideas do not work. But even in failure, the ideas teach people many things. Evolution is learning from the mistake and doing something differently.”

The son of a nuclear scientist and a biochemistry teacher, Milind had started swimming when he was nine years old and would swim for five hours every day till he was 23. “My whole personality has been shaped by being in sport. Swimming five hours a day makes you a certain kind of person,” says Milind.

Normally, in an Indian household, by the time you are 13 years of age, you are discouraged from continuing to be a part of sports. The focus shifts to academics. Milind says that it was his mother who encouraged him and said that he could find a balance between the two.

A national-level swimmer and holder of the Iron Man title, Milind believes that sport has transformational powers and that people tend to undermine its value, especially in India and for women. That is when he decided to start the Pinkathon. Milind says,

“Today, endurance running has become a movement, a revolution. In a country like India, which has no culture of sport and where we do not consciously make healthy and different choices, for running to be popular, it had to appeal to something much deeper. I think that it is a very primal instinct, as human beings are evolved to run. and that is why thousands of people who you never imagined would run are running marathons and ultra-marathons.”

Having been doing endurance running for over 14 years now, Milind noticed that running was gaining considerably in popularity, with everybody wanting to do a running event. However, he saw that the participation of women in these runs was only at six or seven percent.

It got him thinking about how running is primal to human beings and is gender-agnostic, but women, unfortunately, haven’t thought about it. Milind believes that women aren’t encouraged to think about it and themselves. “But if you create a space that is only for women, they will think about it, as it is focused just on them,” he says.

He adds that this is a global trend, and was seen even in the US, where women’s participation was minimal until women-centric events were created. Today, some of the biggest running events in the US are women’s running events.

If you look at the number of runners in the US up to the half-marathon, 60 percent of the participants are women. While the numbers are reversed in the full marathons, women still make up a massive 40 percent of the field. It was to bring about awareness around women’s health that the Pinkathon was started.

Do you value yourself?

Most phone companies had research that said that even if a woman was in a top position, she would expect her husband, son or a male friend to explain the technology and then buy a phone. Milind says, “We live in a patriarchal society where the man comes first, and it is important that steps are taken to change that.”

It is about getting women to understand that they need to devote a little bit of their time to themselves every day and value themselves. The focus is on self-empowerment. Milind believes giving someone the power isn’t empowerment. Empowerment, he says, starts with you.

“Before you buy anything or do anything, do you value yourself? Do you value your thoughts, ideas and health? That is empowerment. Your first step in self-empowerment is understanding that you are valuable and that you will take care of yourself. You need to take the first step. While many things in life cannot be controlled, your health is one thing that can. When you do that, a lot changes - you get self-belief, self-respect, and an understanding of your potential and capability, personality and who you are.”

Milind says that he has no advice for the youth. He believes that advice does not work and that you need to lead by example. He adds that if you look at the wild, animals are shown how to do something. Humans, on the other hand, do not show their children how to do things.

“We expect that they will know. That is ridiculous. When women take time out for themselves, they will inspire a whole generation of children to eat the right kind of food, make the right choices and follow a healthy lifestyle,” he says.