Will Modi’s decision of including NBFCs in the credit guarantee scheme solve the real problems of SMEs? 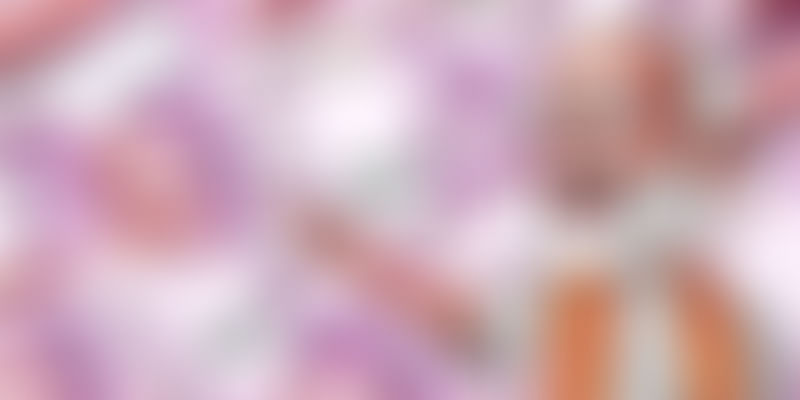 Sourcing finance and maintaining proper cash flow management has always been a hassle for SMEs. Though several financial assistance schemes initiated by the government and banks brought a temporary relief, small businesses are yet to gain adequate access to capital.

Mamtaa Gupta, who runs a fashion and lifestyle store in Delhi, said that after borrowing a Rs 5 lakh collateral-free loan from HDFC bank, she preferred to take another Rs 5 lakh from an SME lending startup due to the low interest rate. According to her, accessing capital for a small business is still a challenge.

Now with PM Narendra Modi’s announcement of incorporating NBFCs (Non-Banking Financial Companies) in the credit guarantee scheme for small, medium and micro enterprises (SMEs) and an extension of the amount of loan disbursement up to Rs 2 crore under the scheme, an upsurge in the accessibility to capital is likely to occur.

The scheme is an advantage for SMEs because it provides collateral-free loans. But banks were still hesitant to provide loans to SMEs even with the old one crore limit. So, how much loan amounts will rise for SMEs is yet to be seen when it comes to Rs 2 crore loan disbursement. Companies have to be registered as SMEs to avail the loan. The inclusion of NBFCs in the credit scheme will definitely reduce the financial crunch of SMEs, because the majority of funds for SMEs come from NBFCs.

The scheme is a government initiative that was set up to lend additional money to SMEs which are not eligible under the normal lending criteria of a bank. The scheme facilitates loans by providing banks with a government-backed guarantee for 75 percent of the facility value.

If SMEs are declined the SBCI loan because of not meeting the criteria, they can avail of the loan under the credit guarantee scheme with assurance. The SME borrower pays a two percent annual premium to the Government in addition to the interest rate/fee charged by the bank.

The Credit Guarantee Fund Scheme for Micro and Small Enterprises (CGS) was formally launched on August 30, 2000. The Ministry of MSME, GoI and SIDBI together established the Credit Guarantee Fund Trust for Micro and Small Enterprises (CGTMSE), the corpus of which is being contributed by the GoI and SIDBI in the ratio of 4:1. Together, they have contributed Rs 2,477.78 crore to the corpus of the Trust up to May 31, 2016.

According to R. Narayan, Founder and CEO, Power2SME, the Credit Guarantee Scheme is a fund trust established by the government to provide credit guarantee of up to 85 percent on the approved loan facility to MSMEs. The government of India has announced the doubling of the eligibility amount from Rs 1 crore to Rs 2 crore and also enhanced the cash credit limit to 25 percent from the current 20 percent of the turnover.

Power2SME works closely with many NBFCs and banks and has developed a niche platform called FinanSME that helps build digital profiles of SMEs with all necessary details required by banks/NBFCs to analyse creditworthiness.

Bringing NBFCs under the purview of this scheme is a positive step since it leads to more access to funds for SMEs and MSMEs. This will help borrowers on P2P platforms have greater access to funds at lower and affordable interest rates,” says Rajat Gandhi, founder and CEO of Faircent.

He further added that lenders should be encouraged to invest in SMEs/MSMEs through tax sops. Recently, the UK government announced tax breaks on income earned through investments on P2P lending. Such initiatives boost lender confidence and would mean faster and cheaper loan funding for SMEs/MSMEs.

P2P lending plays a crucial role in addressing the financial gaps SMEs face, and thereby minimising the constraints in accessing fast and cheaper finance. Moreover, NBFCs have relatively relaxed criteria compared to banks, and the registration of NBFCs under CGTMSE (Credit Guarantee Fund Scheme for Micro and Small Enterprises) schemes will witness a large number of SME applicants accessing loans.

“NBFCs, being smaller in scale of operations than banks, are more receptive to technology and process changes. This enables them to provide faster application processing and disbursals to SMEs, a challenge SMEs face while availing loans under CGTMSE from banks,” says Gaurav Chopra, Founder, IndiaLends.

Before the Government of India launched the Credit Guarantee Fund Scheme for Micro and Small Enterprises (also known as CGS), non-availability of timely and adequate credit at reasonable interest rates posed challenges for MSMEs. Banks were prone towards risk aversion when it comes to lending to MSMEs because of the insufficient collateral micro-enterprises and first-generation entrepreneurs possess.

However, collateral-free loans come with their own limitations. SMEs, before applying for a loan under the scheme, need to work on the preparation of business plans, KYC compliance, and financial statements,” says Harshvardhan Lunia, Co-founder and CEO, Lendingkart Technologies.

Gaurav from Indialends cited that the turnover time for loan approval, especially in rural areas, is high. Sometimes, it takes one or two months for a loan application to get approved by a financial institution. Loans are available only for manufacturing and service businesses; trade businesses are currently not covered under the scheme. Implementation is still a challenge in some cities as branch officials are not aware of all the eligibility norms and conditions of this scheme, and as a result do not provide this information to customers.

Among the stringent criteria for availing loans are registration of an enterprise as an LLP, private ltd or proprietorship company, the necessary tax registrations and approval to do business. New businesses, especially, need to submit a detailed plan with financial projections, business model, and promoter profiles. And existing businesses have to submit their financial performance report and financial statements.

Will the collaboration solve the real problems of MSME?

India has always been labeled as an underserved market. According to one SME lending startup, it is easy to get a loan of Rs 50 lakh to buy a car, but it is more difficult to access credit to set up a new venture that is likely to generate further employment. Make in India cannot become a reality without the robust growth of the MSME sector.

Though the credit need of SMEs has partially been addressed by the CGS scheme, the capital requirement of the underserved market is yet to be fully met. “Today, 45 percent of bank loans are going to only 300 companies. This is not even 0.1 percent of the actual demand that exists in the ecosystem. Hence, there was a compelling need to revisit some of these schemes to gauge their actual impact,” says Harshvardhan from Lendingkart.

According to the 2015-16 Annual Report published by the Ministry of Micro, Small and Medium Enterprises, the number of working enterprises in 2014-15 was more than five crores, collectively generating employment for 12 crore people. The MSME segment has demonstrated a constant growth till now, with 17 percent growth in 2014-15 and 18.74 percent from April-September, 2015. Public procurement policy has mandated a minimum of 20 percent annual procurement from MSMEs from 1st April 2015.

Harshvardhan stated that the Government has, over the last few years, focused its investment towards the upliftment of the SME segment. Schemes like the simplification of registration of micro and small enterprises, improving timely access to credit, and the constitution of the National Micro, Small Enterprise Board have witnessed a favourable response at large.

However, to create far-reaching impact quickly and efficiently, there is a need for the opening up of regulations so that many alternative lending platforms can contribute efficiently in addressing the credit needs of SMEs.

Gaurav Hinduja, Co-founder, CapitalFloat, stated that the inclusion of NBFCs is likely to create a level playing field for SMEs and will open new opportunities. Registered with the Reserve Bank of India, Capital Float has made its online credit products available to 1,000 small and medium-sized businesses.

An opportunity to grab for SME lenders

Harshvardhan from Lendingkart estimated that the total financial requirement is $650 billion in the MSME sector, which comprises $520 billion of debt demand and $130 billion of equity demand. The viable and addressable debt demand is estimated to be $198 billion. Micro and small enterprises together account for 97 percent of the viable debt gap, and working capital demand accounts for an estimated 61 percent of this debt demand.

Currently, this need is being met by the informal sector, like money lenders and chit funds. This represents a significant opportunity for Indian financial institutions that seek to address the “missing middle” by providing debt products and services specially designed to meet the needs of this large, underserved market.

The gross non-performing assets for SMEs in banks are anywhere between 1.5 percent and 6 percent of the total loan disbursed. As per the MSMED Act, 2006, micro, small and medium enterprises are defined based on their investment in plant and machinery, for manufacturing enterprise, and on equipment for enterprises providing or rendering services.

“Any enterprise that falls under definition of SME can take advantage of this scheme multiple times if the total amount of the loan does not exceed the cap set by the government. The existing scheme caps the maximum loan under this scheme to Rs 1 crore. However, the Prime Minister has recently announced the decision to take it to Rs 2 crore. It may take a few months to implement and roll out this new scheme,” says Apoorv Ranjan Sharma, Co-Founder, Venture Catalysts.

However, he added that financial institutions do not push such schemes to customers because of the longer settlement time taken by the ministry. If the settlement processing is faster, this scheme will play an important role in stabilising the SME sector in the country.

Narayan said that considering MSMEs’ contribution to nation’s GDP and the level of employment that they provide, this is a wide gap between credit demand and supply. "High Risk Perception" is one of the reasons given by banks for not lending to MSMEs. According to the RBI’s report, it is clear that 86.4 percent of gross NPAs (Non-performing Asset) of banks belong to large borrowers as of March 2016, up from 83.4 percent a year ago.

Banks are given certain benefits by the government to lend money to SMEs under the scheme, because SME lending is basically an unsecured clean paper. The government also makes sure that banks are allowed to do certain business in particular segments. The government should also give similar treatment to NBFCs. The credit insurance is there with the banks and NBFCs, and therefore, there is an encouragement for banks to do collateral-free lending; otherwise, banks will only lend according to their comfort level.”