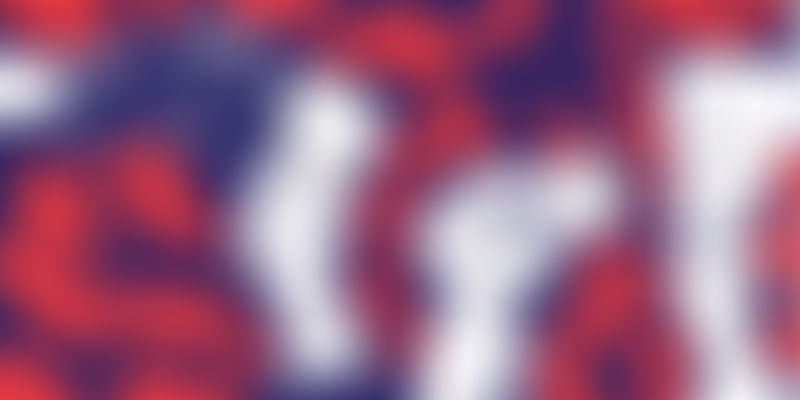 An ADR study has found that political parties escape scrutiny despite a major portion of their donations coming from undeclared sources.

As five states, including Uttar Pradesh and Punjab, go to Assembly polls, billed as a referendum on demonetisation, a look at the war chest of political parties set for the battle reveals that more than two-thirds to a 100 percent of their incomes are from undeclared sources.

The undeclared part amounts to a whopping Rs 7,833 crore or 69 percent of the combined income of parties over a period of 11 years, a study by the Association for Democratic Reforms (ADR) shows.

This raises several questions: why are political parties averse to declaring who funded them? Why haven't they opened up for scrutiny under the Right To Information (RTI) Act despite being ruled as falling under the ambit of public authority? How have they managed to hide themselves behind a rule that allows donations up to Rs 20,000 to be accepted without the obligation of revealing the source?

Last week’s analysis of political party funding by ADR — arrived at by scanning the Income Tax returns filed by the registered parties over a period of 11 years and submitted to the Election Commission — has exposed their funding patterns.

In the backdrop of demonetisation and calls for more transparency, including by Prime Minister Narendra Modi who suggested that the source of every contribution above Rs 2,000 should be disclosed, a reading of the report leaves one in no doubt on the extent of the clean-up required to weed out corruption and bring in transparency.

According to ADR’s founder-member Jagdeep Chhokar, measures such as demonetisation will only be effective when political funding is made transparent. While releasing the study, he said,

“It is largely believed that political funding is the source of all black money.”

Under known sources of income, the report shows, parties have declared monies under various heads, such as sale of coupons, contribution to relief funds, voluntary contribution, miscellaneous income, collection at meetings or morchas. Sale of moveable and immoveable assets, rental income, income from sale of old newspapers, membership fees, bank interest, sale of publications, etc., are also shown under that head.

The total income of six national and 48 regional parties between 2004-05 and 2014-15, or in the last 11 years, was shown as Rs 11,368 crore, and of this only Rs 1,834 crore were donations from known sources. That means only 16 percent of the money has been accounted for. Rs 1,699 crore came from sale of assets, bank interest and listed income, which forms 15 percent of their total income. Said Chhokar,

"Of the total, Rs 7,833 crore were from unknown sources and accounted for a whopping 69 percent. This income has been specified in Income Tax returns but its source is labelled as unknown. ADR has calculated that more than two thirds of the money shown remained unaccounted for or came from those who paid Rs 20,000 or less."

As to the unknown sources of income, this portion in the Indian National Congress’ income amounted to Rs 3,324 crore (or 89 percent of its total income) and Rs 2,126 crore (65 percent) in the BJP’s total income.

In fact, the Mayawati-led Bahujan Samaj Party (BSP) party has been so brazen as to declare 100 percent of donations from unknown sources and a rise in total income by a stupendous 2,057 percent over the period of study. It has also not bothered to file I-T returns in many assessment years.

This misuse of the Rs 20,000 ceiling for undisclosed donations is worrisome, as the national parties have witnessed a 313 percent increase in funding through unknown sources, while regional parties have seen a 652-percent rise. It's surprising that despite all the buzz around Digital India,, no party is prepared to accept contributions by swiping credit or debit cards.

ADR says in Nepal, Bulgaria, France, Germany, US, Japan, Italy, Brazil and even Bhutan, a nascent democracy, donors are under public scrutiny and around 75 percent of donations can be traced.

As it is, demonetisation has largely shrunk the coffers of SP and BSP in UP. Chief Minister Akhilesh Yadav has gone on record to say that 90 percent of India runs on black money. Mayawati has also severely criticised Modi for the demonetisation drive and bringing in unrealistic curbs. The former Uttar Pradesh Chief Minister is best known for her huge garland made of Rs 1,000 notes, gifted by a supporter from Karnataka.

Is RTI the answer?

According to ADR, bringing political parties under the ambit of RTI and making it mandatory to list all donations above Rs 2,000 can serve to make elections cleaner and the democracy stronger.

In June 2015, ADR had brought out a paper on the impact of black money in elections and political activities.

The paper pointed out that in June 2013, the Chief Information Commissioner (CIC) had ruled that political parties were deemed as public authority in the RTI Act and asked each of them to appoint a Chief Public Information Officer. When none of them did so, an appeal was filed with the CIC. While none of the party representatives turned up during hearings, the CIC abrogated its responsibility and held that it did not have the requisite authority to get its own order implemented by political parties, the ADR report noted.

The report concluded that black money in India cannot be tackled without a firm stance by the political community and that parties and candidates should be open to greater transparency and accountability.