Meet Amma, the 65-year-old ragpicker from Delhi who takes care of 400 stray dogs 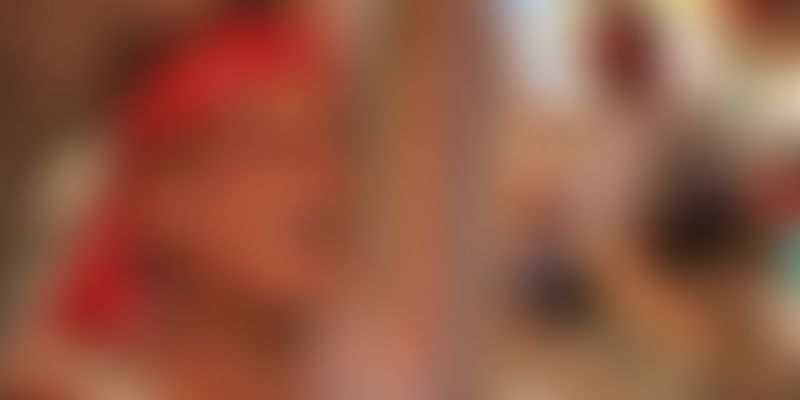 She lives in a shack in Saket in southern Delhi and earns about Rs 200 a day, almost all of which she spends on the neighbourhood dogs. This is the story of Pratima Devi, a 65-year-old ragpicker who takes care of almost 400 dogs every day.

A saviour for stray dogs

After moving to Delhi about 30 years ago, Pratima initially started working as a cook for a few households in the city. After a few years, she started a cigarette shop at the PVR Anupam Complex in Saket, when she started to look after the dogs in the neighbourhood. When her shop was broken down by the police and Municipal Corporation of Delhi (MCD), she started working as a scavenger, collecting waste from nearby shops and offices and selling it, after segregation, for a meagre amount of money.

The number of dogs that she started caring for grew in no time, and one day she found herself feeding and caring for almost 400 dogs on a daily basis.

Married at a young age, Pratima ran away from Nandigram, her village in West Bengal, to make a life for herself in New Delhi. Coming from a dysfunctional home and having suffered marital abuse, Pratima finds the company of dogs much more endearing and comforting than the company of fellow human beings. Taking care of our furry friends isn’t new to her — even back in her village, she had a few stray dogs that she would feed and take care of regularly. All these dogs have become her family.

Pratima takes care of the dogs’ every need. She feeds them twice a day, gives them milk in the evening. and takes care of all their medical expenditure including vaccinations and treatments. Pratima takes the dogs to Friendicoes, an animal welfare organisation, during emergencies. Pratima has been receiving undying support from this institution. She visits them quite often in case of accidents, illness, or health-related issues of the dogs. Friendicoes even helps Pratima get the dogs neutered and vaccinated.

An inspiration for many

The story of Amma, the stray dog saviour, has reached far and wide. A lot of dog lovers visit her and offer her help. Amma allows the people who visit her to adopt puppies, and in this manner, several disabled canines have also found good homes.

Inspired by Pratima’s noble and selfless deeds, Sudeshna Guha Roy, an independent filmmaker, decided to make a documentary on her. Sudeshna, talking about how she met Pratima, says, “My team and I had enrolled for a social film-making competition and we were looking for subjects for the film when my mother told me about Pratima Devi.

“My team and I met her and we saw that she has been single-handedly taking care of so many dogs with all the love, dedication, and passion. We were so moved by her entire persona that we decided to make a film on her.”

Inspired by her work and moved by the desire to help Amma and her children, Sudeshna has been running a crowdfunding campaign to help Pratima improve her condition. “Pratima has been working hard day and night, with every penny going in to take care of these stray dogs. She receives a new puppy almost every week. The number of her 'children' is ever increasing, so is her expenditure,” says Sudeshna.

Pratima doesn’t have the money to buy her own medicines or fix her broken-down roof, and yet she does everything possible to take care of these dogs with all she can, while she can.