How education pulled this son of a farmer out of poverty to work with UN, NASA against Climate Change 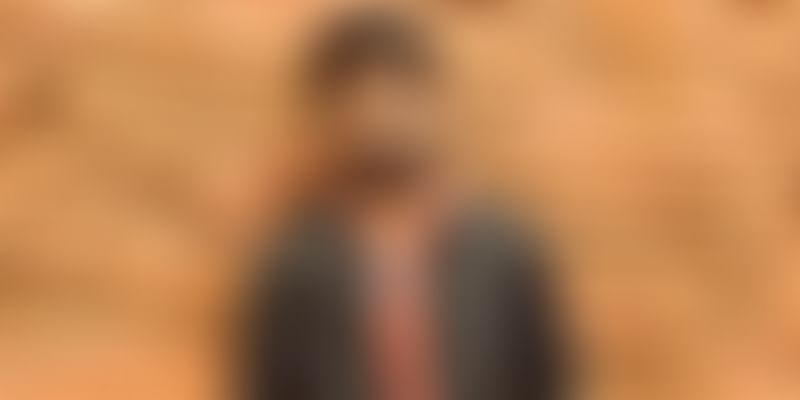 K Raghunath Reddy was born in Peremula, a village situated in Kurnool district of Andhra Pradesh. The region of Rayalaseema, where Raghunath's father worked as a farmer, is one of the driest areas in the country. He too suffered the heat of failing crops, as many farmers in the region were either quitting agriculture or committing suicide, being unable to cope with the situation.

Education the only option

Raghunath’s father was strict about his education. The nearest school from Peremula is in Govardhanagiri; a government school located five kilometres away. Raghunath, along with his three sisters, walked to the school every day. The 23-year-old recalls,

"Going to school was not meant to be compromised. Despite the conditions we lived in, my father never gave up on our education. We used to eat 1-2 meals a day, but all of us went to school. We were made to realise it very early in life that the only road out of our condition was through education."

When Raghunath was six, he was sent to Kurnool to live with his relatives, where he studied in Ravindra Vidya Niketan, a reputed private school. "I studied very hard, and topped every exam from Class I until Class X there," recalls Raghunath, who scored 94.67 percent in his Class X board exams, and became one of the toppers of the district.

The joy of being a promising student, however, was soon overshadowed by the poverty Raghunath's family was muddled in. "My parents were worried about my future education, since college education was expensive," he says. It was during this time that government subsidy came to his rescue, and Raghunath cracked the free BTech seat at Rajiv Gandhi University of Knowledge Technologies, IIIT - RK Valley, Idupulapaya.

While Raghunath excelled in studies at IIIT, it was the exposure that he received at the campus that helped him evolve. He recalls a science camp from 2011 that changed his life:

"During the second year of my intermediate course, I got selected for the Inspire Science Camp organised by the Department of Science of technology and the HRD Ministry. I met eminent scientists and scholars from across the State. Suddenly, I was exposed to what was going on in the world. I wanted to contribute more."

During his days at IIIT, Raghunath was an active member of National Service Scheme (NSS). He also worked as a core committee member of Helping Hands Organisation, a local college-based group that helped raise funds for the needy. "We placed donation boxes in local stores and classrooms to fund cancer surgeries, eye operation, ear surgery of people in need. We were sensitising people about health issues. We raised between Rs 50,000 and Rs 1,00,000 every month to help these patients."

Soon, greater opportunities knocked at his door. In November 2011, Raghunath was selected as Climate Counselor for Bengaluru by ICCE (International Center for Culture and Education) and UNFCCC (United Nations Framework Convention on Climate Change). His task was to build and lead a team of 25 young people from Bengaluru and train them about the global climate change scenario. Raghunath recalls,

"We were provided with study materials from the UN and NASA, and our work was to promote green initiatives and start the dialogue surrounding sustainability and climate change. We conducted cleanliness drives, activities, workshops. We also visited a school in a village and spoke to the children there about the serious environmental issues that haunt us today."

In June 2016, Raghunath joined Andhra Pradesh State Board of Technical Education and Training as an Officer on Special Service. "A lot of people don’t agree with my decision. They wanted me to join the construction industry as there is more money there. But I want to work in the education sector,” he says.

Being a part of its global exchange programme, Raghunath will be attending the first International MUN (Model United Nations) Conference organised by LDA International in Tbilisi, Georgia in June 2017, where delegates from across the world will debate ways of solving global political problems, among other world issues.

Raghunath also embarked upon the Jagriti Yatra 2016, where over 480 budding entrepreneurs from across the world went on an ambitious 8,000 Km train journey spread across 15 days to understand India's social reality better, and help boost social entrepreneurship in the country.

As for Raghunath, he believes that learning is the only way forward. “I have come this far because my father decided to educate us,” he adds.