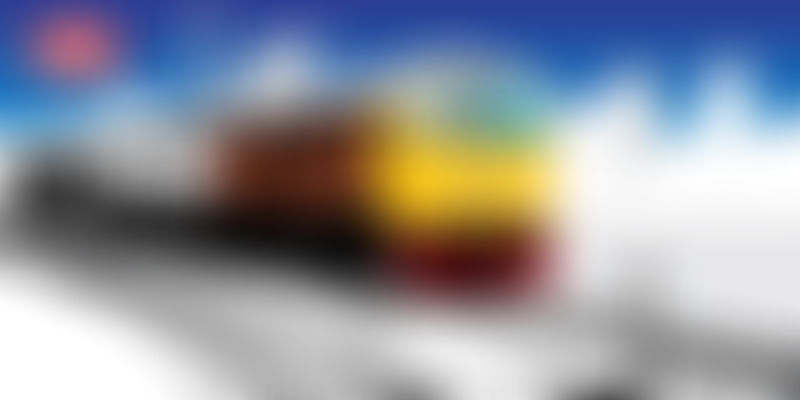 A 92-year-old tradition is being cast aside to modernise and re-energise Indian Railways by merging its budget with the general one.

When Finance Minister Arun Jaitley reads out the Railway Budget together with the General Budget on February 1, he will have cast aside a 92-year-old tradition dating back to the British era.

His speech is bound to be peppered with terms such as ‘freight’, ‘cross subsidy’, ‘electrification’, ‘automatic signalling’, ‘parcel vans’, level crossings, halts, extensions, and new passenger trains — bywords that would make a railway buff proud.

Apart from his General Budget speech, Jaitley will still have to go through the grind of a lengthier Budget speech this time (remember, he was the first finance minister to have presented the Budget sitting down).

Indian Railways carries 8.1 billion passengers and 1.107 billion tonnes of freight a year on a route length of 67,311 km.

Director, Federation of Karnataka Chamber of Commerce and Industry and an expert on railways, Prakash Mandoth says there are a lot of expectations from Jaitley:

We are expecting a special safety fund that will be used to upgrade technology. This fund will help further modernise railways as technical equipment for track maintenance, fracture detection, rail laying machines, track clearing equipment, and others. Safety is a top priority as speeds have increased and it should be complemented with automatic signalling equipment and by replacing aging coaches and electrification.

“It is high time Indian Railways comes up with a concrete plan on high-speed rail networks. One must understand that for the average passenger today, time is money, and they cannot fly everywhere. A large section of the population depends on the railways for their daily commute and other travel needs. Korea, France, Japan, China, and Germany have offered high-speed networks — it is time that Indian Railways selects at least one,” says Mandoth.

There is also a huge demand for starting suburban rail services in several cities.

A railway officer said that every rupee that is invested in railways yields six times the benefit. “The cost-benefit ratio is the highest for any sector, especially a public service utility in the social sector. This 1:6 benefit ratio cannot be found anywhere else,” he adds.

One hopes that this budget also focuses on cleanliness and sanitation as there were plans to retrofit 1.40 lakh bio-toilets by mid-2017 by accelerating its Swachch Rail-Swachch Bharat programme.

The Budget is also expected to give a fillip to non-fare revenue by monetising assets such as vacant land which runs to the extent of a little more than a lakh acres across the country.

Traditionally, the Rail Budget was presented two days prior to the General Budget. However, in September last year, the union cabinet cleared its merger with a rider that the functional autonomy of the Railways be maintained.

This decision insulates Railway Minister Suresh Prabhu from a lot of pressures, especially the demand for new trains. Railway ministers of yore enjoyed announcing new projects and passenger trains as per their whim and were loath to take up reform or increase fares. The theatrics of Lalu Prasad Yadav, Ram Vilas Paswan, Nitish Kumar, and Mamata Banerjee in this regard are very well known.

After the merger of the two budgets was announced, Prabhu had said:

A historic step. This will help raise capital expenditure in Railways, which will enhance connectivity in the country and boost economic growth. Functional autonomy, distinct identity of Railways will remain as it is. Our efforts to leverage extra budgetary resources will continue.

The Railways employs over 13 lakh personnel and is the world’s seventh largest utility employer. As it has one of the highest rates of retirement per year, the 21 railway recruitment boards spread out across the country are forever busy recruiting for various posts, from officers to gangmen.