Puducherry’s month-long festival of theatre, dance, and music is here to feed and satiate your soul 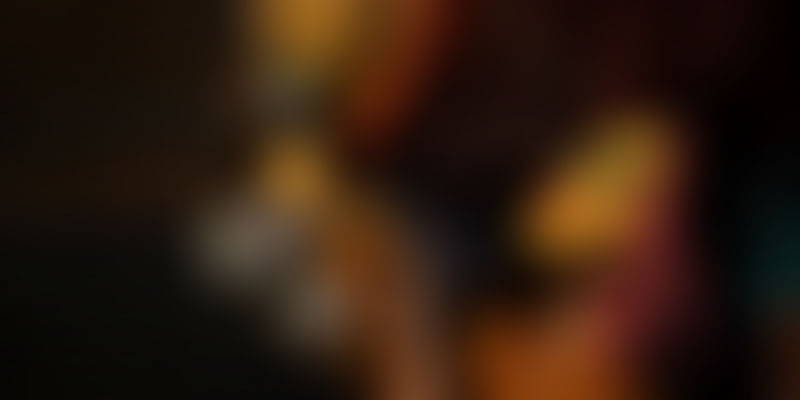 Remembering Veenapani Festival, 2017 is the third edition of this annually organised celebration of the long-standing work of the late Veenapani Chawla. Starting on February 3, 2017, this theatre festival is set to bring to life the work of artists from around the globe – 13 shows carefully picked from various genres will be performed across four weekends of the month. Puducherry is beckoning, are your calendars marked?

For two years now, theatre artists across India and abroad have been aggregating at the vibrant town of Auroville to celebrate the culture of performance arts. ‘Remembering Veenapani Festival’ is organised annually by Adishakti Theatre, the brainchild of the late and renowned stage artist Veenapani Chawla, in remembrance of her work. Celebrated as a month-long weekend festival in the month of April – the birth anniversary of Chawla– the festival this time is set to colour the month of February to beat the heat of April.

After her untimely death at the age of 67 in 2014, the need for this festival arose almost instinctively for the artists at the Adishakti Theatre. Chawla’s contribution to the field of arts left behind in its wake in numerous supporters and growing talent, a feat that simply had to be remembered and celebrated.

Having trained under theatre goliaths like Patsy Rodenburg, the voice coach of the Royal Shakespeare Company in London, and the Trinity College of Music, Chawla combined the ways of the west with traditional Indian knowledge. Mayurbhanj Chhau, Kalaripayattu, Koodiyattam, and Dhrupad singing are the Indian art forms of expression that she filled her cup with. Armed with this formidable knowledge, she created the Adishakti Theatre in 1981 to create a platform for artists that surpassed geography to reach different cultures and genres. As recognition of her efforts, the Department of Culture rightly nominated her as an expert in the fields of Folk, Traditional, and Indigenous Arts in 1997.

So, what started as an impromptu festival in 2015 is now an annual affair in an attempt to immortalise her work; an attempt that has in every way been successful. Last year, which marked the festival’s second edition, was studded with diverse talents and performances. Ears stirred to a blend of Carnatic and Hindustani music, complemented by the sounds of the guitar, performed by Vedanth Bharadwaj and Bindu Malini as Songs of Kabir; eyes gaped at synchronised movements of colours that was the Odissi recital performed by Vandana Supriya and Poornima Kartik; and the audience laughed to its heart’s content to the comical play How to Skin a Giraffe, directed by Rajiv Krishnan.

Splayed across these performances is the signature of the Adishakti Theatre – contemporary theatre that’s not divorced from traditional forms of Indian expression. While traditional disciplines tend to be vehemently preserved, Chawla believed that restoration of a form is achieved not when it is sealed and protected from time but when it is deliberately lifted from its context and utilised by the contemporary. Adishakti, which became Adishakti Laboratory for Theatre Art Research (ALTAR) in 1989 for this very need to explore traditional methodologies, has been working on this premise of discovering old forms anew, thereby successfully preserving them.

The theatre, which runs on self-generated income, is a home for artists who run on undying passion for the arts. A testament to this is the festival itself for it is non-ticketed, meaning that performers come down to Auroville without the promise of a fee, but with the love for performance alone. But to recognise and appreciate their work, Adishakti crowdsources funds, and is doing so this year as well, to cover their travel costs and minimal performance fee.

There is much to look forward to this February as Adishakti has packed yet again diverse genres for every Friday, Saturday, and Sunday of the month.

A glimpse through the curtain, which is set to come down on February 3, reveals a touring performance titled Indian Steam that will bring to life stories and experiences in a steam locomotive train; a Kannada play titled Akshayambara that, through modern theatrical tools and Yakshagana, creates a contemporary narrative on female representation and male ownership; vibrantly crafted puppet theatre, Jujubee; the sounds of Sage for the Ages and Kaartikz Ensemble that couples contemporary arrangements with traditional Bengali music; and A million Sitas offering different perspectives on key female characters in the Ramayana, through Anita Ratnam’s neo-Bharatham style.

This is only a peek at the 13 shows curated across theatre, dance, music, and visual art, which is expected to enrich the creative soul. Are your calendars marked?