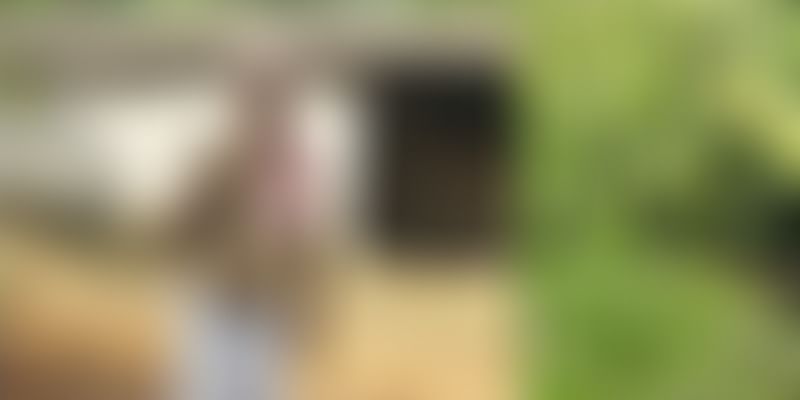 This story of the untiring efforts of a commerce ex-lecturer to convert 25 acres of a barren piece of land into a self-sustainable green farm, provides an ideal example of a model for rainwater harvesting. He demonstrates how persistence and the sheer determination to go on till the end can yield miraculous results.

A visit to Richard Rebello’s 25 acre AR farms, about 25km away from Mangalore in Heroor village, Kundapur, Udupi district, is an example of the sheer grit and determination of a commerce ex-lecturer with no background in agriculture. And through his persistent experimentation and research, he was able to apply principles of rainwater harvesting in his farm, which led to miraculous results and to the transformation of a barren piece of land into a model for rainwater harvesting.

"The farm was not like what you see today," says Richard. It is indeed difficult to believe that the farm which is now full of vegetation, tall green grass, cashew nut trees, coconut, pepper, pineapples, areca nut, and banana, was once a barren land without water. The two borewells and the three open wells in the farm are now full of water.

The story of how this barren piece of land was transformed into a self-sufficient farm dates back to 1987. Richard acquired this land from a doctor who was keen to sell it as it had been written off as useless and uncultivable because of lack of water and the hard laterite rock making it very difficult to hold water.

It all started when the doctor approached Richard for help to sell off the farm and found that lack of water chased off future customers. After seeing the doctor's frustration, Richard decided to step in to help and buy the farm himself. The land was in very poor condition then. Around 20 percent of it was very hard laterite where no crops could be grown. The very few coconut trees that the land had, had also withered off because of the lack of water.

Richard decided to take it up as a challenge and thus started his quest for finding solutions to solve the water problems of the land. He travelled to many places in the Dakshin Kannada district and Kerala in search of solutions. The only solution he was offered was that of mulching, which had been successfully used in rubber plantations on the hill tops.

He began experimenting and implementing his ideas by starting with mulching of coconut trees with green and dry leaves. The other idea he started implementing was to dig pits and deep trenches in the soil in his land at regular intervals to direct the flow of rainwater from the slopes into the trenches. He continued the process of digging new pits and trenches and also desilting the older ones.

"My basic aim in doing this was to catch all the water following the heavy rains that we have in this part of the country, which is normally wasted because of the hard laterite structures and the location of the farm on a hilltop. I take care to see that not a single drop of water is wasted". He shows us the trenches made on the sloping roads that allow the water to flow inside the farm to percolate in the soil. We also have a look at a huge rain pond dug to collect run-off water from about 10-15 acres, which has a capacity of 10 lakh litre.

He shows us the new pits and trenches that he continues to make in his farm to catch the runoff and help in percolation of water. "Even mulching helps to prevent evaporation of water," he says. "I have been doing this for the last 24 years and have gone step by step to get results. No land should be left fallow," he says and shows us some patches of thick vegetation on the farms. "It is important to have thick plantations in some places to prevent evaporation of water and also prevent erosion of the soil," he informs.

Besides growing fruits and vegetables, Richard's farm also includes a poultry that breeds broiler chicken and a dairy, both helping his farm by providing manure thus making it self-sufficient. The yield from his farm now includes coconuts, pineapples, bananas, besides cashews, and pepper that provide him a considerable amount of profit and that too from a land that was written off as barren a few years back!

Richard points at a place on the slope below his land at the overgrown bushes and informs that this was once a madaka, a traditional water harvesting structure which continues to be ignored and crores of rupees are spent on projects to procure water in the area, which are wasted. "The only thing that needs to be done is to scoop out the mud from the madaka and it will still be full of water," he adds.

"What is important is for people to understand the importance of utilising all the rainwater that is available, we have traditional methods to do so as well. Earlier, people at the village level built check dams, bunds to take care of their water needs. The mentality that the government should do everything for us spoilt this and these efforts at the local level were replaced by huge structures such as dams."

"However, this cannot be the solution everywhere. What is important is to try out your own ways of finding solutions to the water problems by looking at what our ancestors did. It is sad that we do not give importance to rainwater harvesting and to see that the traditional rainwater harvesting structures such as the madaka continue to be ignored.""Many a times solutions do exist, what is important is to have the will and the determination to pursue them till the end!" he adds as we return to his small house in the farm to drink coconut water and taste the fruits, taking in the scenic beauty, impressed by his simplicity and determination to go on !