Samsung's Gear S3 is the ultimate chunk of male swag 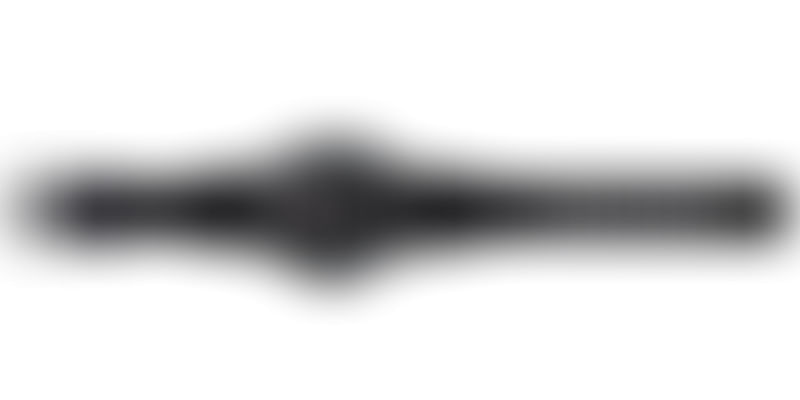 This smartwatch is hard to miss. It's large and chunky and looks best on a male wrist. Clearly, Samsung forgot the better half when making this one. Women who want it are encouraged to head instead for the Gear S2, which is a bit smaller. Rugged and solid, the Gear S3, of which I reviewed the more outdoorsy Frontier variant, looks made of military grade material. It's IP68 rated - resistant to water, dust, and temperature changes, and its face is covered with the wearable version of Gorilla Glass. Samsung says they designed the Gear S3 with a traditional Swiss watch in mind and took design guidance from Yvan Arpa, the Switzerland-based luxury watch designer. Despite the rugged looks, it's no lightweight and has the complexity of a full-fledged watch built into it. The Frontier is a metallic black with a thick silicone strap that you can swap for other ones. Samsung has a large collection of these. It needs a pin to remove and put in another.

The smartwatch being that large means two things - other than men's style. It means a big enough battery and a big enough display. As we've seen with phones, both increase the usability of the device and the user's dependence on it.

Of all the things I liked about the Gear S3 was the fact of just being able to glance at the watch's 1.3-inch display from a distance for information I want. The stroke of genius on this watch is its rotating bezel. Just turn it with a finger and it swipes through screens so you can navigate through the watch and your apps and tasks. Two buttons also help you go through what's on the watch as do the regular swipes we're all used to. Put together, these three methods and the easy interface, the Gear S3 is actually one of the most intuitive smartwatches to use that I've seen.

The display has an always-on setting and can feel much more like a traditional watch because of it. The display is nice and bright (and round, not square like many smartwatches) and customisable with dozens of rather nice watch faces. You'll get between three and four days of battery juice out of it, after which you charge it using the cradle provided and a USB cable.

But there's that valid question: what do you do with a smartwatch, especially one that costs Rs 28,500. In one sense, you'd be right in thinking smartwatches are just glorified fitness trackers. The Gear S3 does some of that really well. For one, it auto-detects your activity and figures out whether it's climbing the stairs or cycling or running -- or even sleeping. And the watch starts to track that, plus heart rate, and send the data in depth to the Samsung S-Health app. Anyone who's used it will know that this is a pretty comprehensive app, though it would have been nice if it had just been integrated within the Gear Manager app, which you need to download to set up and download apps for the watch.

Smartwatch tracking is not a hundred percent accurate, but it is indicative enough for you to take charge of your activity. Other health related things can be downloaded via apps until you have everything you need, from water drinking reminders to caffeine intake to sleep patterns.

Advanced fitness wearables, including the Gear Fit from Samsung itself, will do your health tracking. If you're attracted by the Gear S3, it will be because the fitness features combine with the design statement of the watch and the large display on which to use other apps as well. The Gear S3 has its own app store with more apps than there used to be in many categories. But Android Wear it is not, which means that everything available on the Android ecosystem (and that's limited too) will not be available to the Gear S3 as this watch is based on Samsung's own Tizen operating system.

If you want to use the watch as a secondary option to the phone, you may or may not find every app that you're used to in the store. You do, however, have all your app notifications and email and messengers. You can respond to these using voice, keypad and by hand-writing over the watch's display with your finger. You can also make and receive calls, take voice notes etc. In fact, you can choose to leave the phone behind for some spells. The watch has 3G/LTE connectivity, Bluetooth 4.2, Wi-Fi b/g/n, NFC, MST, and GPS. The 380mAh battery lasts between three and four days.