Built by a Bengaluru-based startup, this smartwatch sends accident alerts to hospitals for emergency care 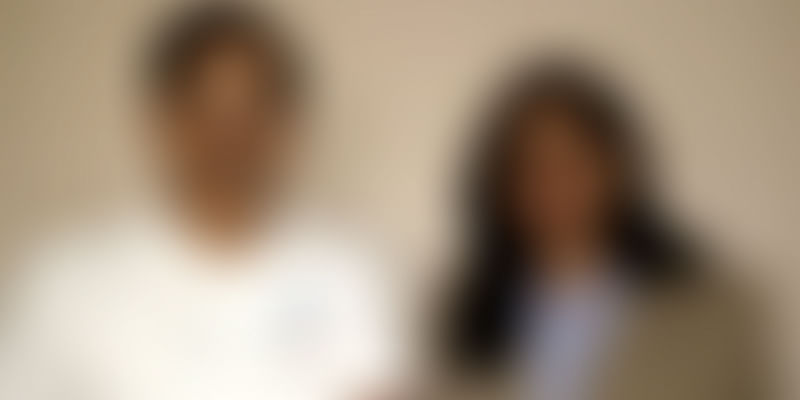 What perturbed Priya Ranjan was the demise of one miner every third day in Indian underground coal mines. He eventually started pondering about how he could best utilise his 19 years of experience in the IT industry to help them get timely medical help to avoid death.

With this in mind, the 43-year-old started researching wireless communication in underground mines. His idea took better shape when he heard Deepak Natraj of Aarin Capital speaking in a TiE startup mentoring session. He was explaining how smartwatches for miners can be useful for the healthcare industry.

Priya Ranjan wanted to build a smartwatch that can prevent death due to road accidents, cardiac arrest, industrial accidents or accidents due to disability, epilepsy, Alzheimer's and dementia. He launched EasyM2M Technologies Pvt. Ltd., in May 2015, and built a smartwatch, SmartKavach.

It was used as the first pilot in a survey of special purpose communication device requirement for ambulance staff in a Bengaluru hospital. This was to test the efficiency in transmitting live videos of road accident victims to the emergency doctor at the hospital, as well as to check the workings of real-time emergency alerts from the elderly, people with cardiac issues, disabled people, as well as Alzheimer's, dementia, epilepsy patients, so that the ambulance can be sent at the earliest.

“In March 2014, I started working on saving lives of underground miners by creating a safety wearable device and wireless communication device as per Coal India requirements to develop indigenous solutions,” says Priya Ranjan, who worked with Bell Labs, Lucent Technologies, Aricent Technologies earlier. He has done his engineering in Computer Science from Bangalore University.

SmartKavach has a SoS button that allows one to talk to their doctor urgently. Sometimes, patients may not be in a position to answer an incoming call. This is why the SmartKavach mobile auto answers after three rings by default.

SmartKavach even allows one to capture live videos of anti-social activity that will get stored on cloud and locally on the device using the EasyVideo app available in the watch.

As per Government of India policy, every smartphone or similar device must have a button to make SoS calls to the police. SmartKavach sends an SMS and email to police and/or relative showing current location of the user.

SmartKavach is also useful in surgery packages so that patients can recover at home instead of paying hefty charges at hospital, as well free beds for other needy patients.

Priya Ranjan and his co-founders Rinku and Sunil Kumar infused their personal savings in SmartKavach. Rinku is a serial entrepreneur and Sunil brings 15 years of experience in software development.

“We received small seed funding of Rs 8 lakh in May 2016 from IIIT Bangalore Innovation Centre having Government of India fund for tech startups,” explains Priya Ranjan.

SmartKavach team roped in mobile chipset manufacturer MediaTek to manufacture the smartwatch, which helped them complete the manufacturing process in affordable cost in China without compromising the quality.

Currently, the startup is directly approaching hospitals, medical device distributors and leveraging digital marketing to create awareness among the NRI community, geriatrics and other medico social groups on social media. SmartKavach at present has three versions- one is for hospital ambulance ($499), the second for elderly, disabled people, and for women’s safety ($299) and the third is for cardiac, dementia, Alzheimer's, epilepsy patients ($299).

“SmartKavach is in pre-launch and beta trial stage. We are doing trial with Manipal Hospital and working with some Bengaluru-based hospitals on trial basis for bike ambulance and standard ambulances. 62 out of 107 Bengaluru hospitals with emergency are interested in SmartKavach solution in a recent survey,” says Priya Ranjan, adding that EasyM2M is looking for funding for manufacturing, sales and marketing efforts.

Before the product development, EasyM2M Technologies had a team of 25 people and now it has a team of five, with presence in Bengaluru, Delhi and the UK. In the next three years, it aims to expand to the UK, the US and European healthcare market. The startup expects to earn $2.1 million in revenue by 2017-18, with 50 percent year-on-year growth.