How Tata Trusts is creating 101,000 “lakhpati farmers” in the Central Indian tribal belt 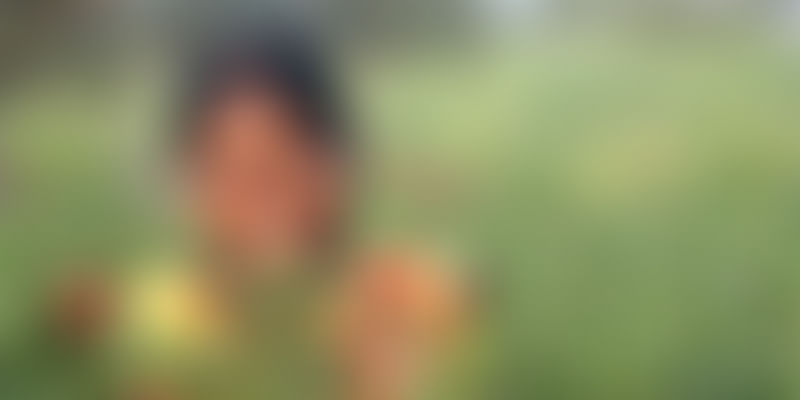 In India, areas inhabited by tribals tend to be the poorest. While a number of tribal lands are among the wealthiest districts in terms of natural resources, they are, at the same time, among the poorest and most underdeveloped. Of the 50 top mineral-producing districts, 34 fall under the 150 most backward. These districts, almost contiguous, form a tribal belt through the Central Indian heartland, spreading across the states of Rajasthan, Gujarat, Maharashtra, Madhya Pradesh, Chhattisgarh, Orissa, Jharkhand and West Bengal.

This belt is home to 75 percent of India’s indigenous tribal communities. Of the 900 blocks across the central Indian states in which these tribal communities are concentrated, 72 percent have a Poverty Head Count Ratio exceeding 50 percent, and 64 percent of the blocks are rain-fed. Therefore, there is a high correlation between tribals, rain-fed areas and the incidence of high poverty. As a result, the tribal communities live in abject poverty, with small and fragmented land holdings, face persistent and acute food insecurity, and also have few employment opportunities beyond rain-fed agriculture and forest-based livelihoods.

This belt and its bounties

CInI initiated its focused “Mission 2020 – Lakhpati Kisan: Smart Villages” programme in 2015, with the aim of making 101,000 tribal households ‘lakhpatis’ in an irreversible and sustainable manner through a high-impact programme for triggering large-scale development and positive transformation of the region.

Each of the 101,000 households is envisaged to earn Rs 120,000 per annum or more, compared with the baseline average yearly earnings of Rs 40,000. They are also being developed to be a part of vibrant, self-managed community-based institutions.

In the five-year period, CInI is striving to achieve two goals: developing 17 blocks as regional drivers of growth and opportunities, and bringing 101,000 households irreversibly out of poverty with increased life choices.

“The two goals are interrelated, as the upliftment of 101,000 households in select blocks of Jharkhand, Odisha, Maharashtra and Gujarat necessitates systemic change, which in turn can trigger further development and opportunities in the region,” says Ganesh Neelam, executive director, CInI.

Women: Tribal women are going to be empowered to spearhead their own development. This will be done by putting them at the helm of community-based institutions that will provide entrepreneurship development services, linkages for affordable finances and the teaching of technical and management skills to the staff and leaders of these institutions. Presently, there are nearly 14 Federations, 93 Village Organisations (VOs) and 3,013 Self Help Groups (SHGs), each with a minimum of 10 members, managing the Mission Programme.

Organising the sale of produce: Promoting year-round vegetable clusters with assured irrigation support has ensured market linkage between producers and traders through the local-level aggregation of produce, with little dependence on the external system.

The first step is enhancing the productivity of major crops, like maize, paddy, sorghum, pulses, cotton, wheat, and gram, to bring them at par with district and state averages.

The next step is the diversification to higher value crops, especially vegetables, fruits and floriculture.

For this, the promotion of various decentralised water harvesting structures, along with water lifting systems, is being undertaken. Water lifting is being experimented with through solar power systems, along with water management through drip irrigation technology. Thus, this indigenous group of primary suppliers will stake a claim in regional markets.

Diversity in livelihood: Besides the cultivation of crops, CInI wants to instate other sources of livelihood like the procurement and production of lac and tussar. They also believe in the merits of livestock development – especially small ruminants like goats and pigs. They will thus look to instate better animal husbandry practices and establish milk dairies.

Innovation: The focus is on leveraging the best advanced technologies in the field of agriculture, water resources, energy, education and drinking water and sanitation to address the specific constraints faced by tribals. For instance, to ensure quality saplings, entrepreneurial farmers are being nurtured to undertake the development of nurseries. These nurseries will supply quality saplings to the community at the right time to reduce input costs and also to be in a position to capture the market when the prices are high. Similarly, solar energy linked with micro-irrigation technologies is also being explored. “Various such field-based innovations are encouraged through the community so that they can imbibe the notion of constant innovation on their own,” explains Ganesh.

Getting it, flaunting it: The Lakhpati farmers must look and act the part too. Thus, their overall lifestyles need to be improved. CInI aims to see to this by providing them access to quality education, and helping students develop overall through programmes such as their ‘Hockey Initiative’.

The community must also receive clean drinking water for everyone, and good sanitation technologies and practices. The WATSAN (Water & Sanitation) initiative will look into that. Lastly, Cini will be introducing the usage of ICT in Education and the Internet Saathi programme to promote digital literacy among adivasi communities

All these principles are being focused on across all the 17 blocks through the community institution structures to meet the goal of Lakhpati Kisan: Smart Villages.

How everyone is brought onboard

Within the SHGs, lead women farmers (“lead Didis”) who have the requisite capabilities and the appetite to take risks on new activities are identified. These lead farmers are trained and exposed to new methods and technologies to be undertaken for improved efficiency and results.

The overall plans are developed in consultation with the members, and the onus of execution also lies on them. CInI and its Implementing Support Agencies (ISAs) are in constant linkage with them for providing end-to-end technical, knowledge, financial and other support.

Exposure visits, farmer field schools, mahaul building activities, wall paintings and so on are key strategies towards exposing the community to new approaches in enhancing their livelihoods.

For the momentous funds required for this project, CInI has been regularly exploring partnership opportunities with the government, NGOs, various companies for their CSR, and other donors. They are also exploring the option of developing loan products for various livelihood prototypes; this will help the community not remain dependent on grants and instead initiate activities on a loan-basis to boost their incomes and payback accordingly.

Within a year of initiating the programme, CInI has already managed to create 1,000 lakhpati farmers, who have also become role models for other members. One such person is 45-year-old Dayamani Nag of the Munda tribe in Jharkhand’s Burshu village, whose five-member family was dependent on three acres of land, but subsistence agriculture and poor earnings led them to resort to daily wage labor. This was until 2013, when she joined the Turtan Mahila Samiti, and learned about techniques of seed and plant-spacing, scientific practices of raising nursery and paddy saplings transplantation through training programmes organised by CInI and Nav Bharat Jagriti Kendra (NBJK).

Through scientific practices of nursery raising and transplanting for paddy saplings, as opposed to the traditional method, she now uses only one kg of rice seeds instead of wasting 25 kg in 60 decimals of land. In 2015-16, she planted six kg of paddy in her two acres of land and her productivity shot up to 60 quintals, as opposed to five earlier. She was also encouraged and supported to diversify to high value crops, and became the first farmer to take up tomato cultivation for all three seasons. Supported by three wells for irrigation, she also took up cauliflower and chili for the kharif season, green pea and mustard for rabi, and watermelon for the summer. Motivated by her success story, 42 new households in the district are now partaking in the programme.

The Mission 2020 has been underway since April 2015, and the past 18 months have seen significant progress being made on the ground. Currently, the programme reaches more than 70,000 households, bringing them in the ambit of institutional structures for driving change. The potential of this scheme is overwhelming to say the least, with its results having considerable implications for public policy and so much more.