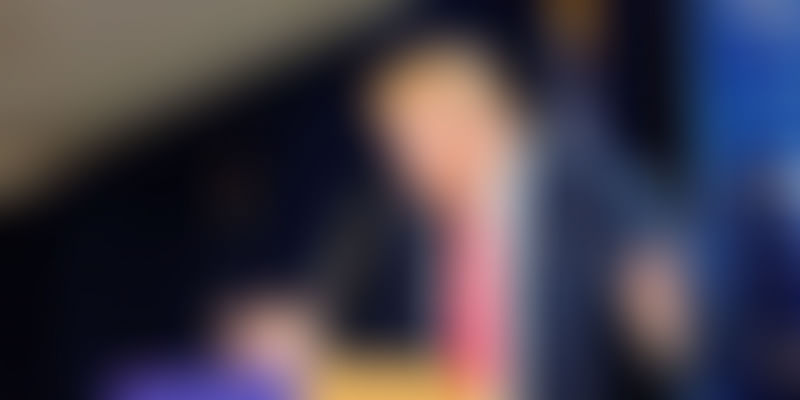 How has a candidate who has been so heavily rebuked for his degrading remarks on immigrants, women, the disabled, and prisoners of war managed to attract the support of millions?

Perhaps his speaking style resonates with voters. With each address, he manages to improve his popularity and drive up his ratings.

Bluntness and bombast are two traits that can be used to describe his statements. Any political speech should include some basic points to grab the attention of listeners. Examples should be apt, the effect should be cumulative, the line of argument should be clear and crisp, and the conclusion should be strong. Above all, when you appear to be speaking without a coherent order, you tend to leave your audience in awe, and that’s exactly what Trump has been doing.

He uses no formal opening remarks. He abandons a topic in the same time he takes to jump into one. Moreover, his speeches do not appear to be scripted. At many of his rallies, he speaks without preparation. His unfinished thoughts move rapidly through what he calls his “beautiful flowing sentences”.

He evokes a comical curiosity with his comments about his hair or his apartment houses. In the middle of all this, he adds that he went to the Wharton School. Be it criticising the press, recalling conversations with friends, or referring to terrorists as ‘radical Muslims’, he leaves no stone unturned. He does all this in a haphazard order, and whatever he speaks has no relevance to what he is supposed to be saying.

Trump tactfully uses techniques that salesmen use. This tactic can be appealing to many. The frequency with which Trump uses phrases like ‘many people are saying’ or ‘believe me’, often after blatantly absurd remarks, tends to make listeners trust his baseless ranting. What he tries to convey is that he has experience about what he is talking about, and people naturally tend to believe something that they think has been tried and tested.

Trump taps into fear and insecurity and enables his audience to express that fear through anger. Anger generally gives a temporary feeling of empowerment. He does all of this by allowing his audience to finish his sentences for him, and these blanks are filled by emotions and sentiments.

Although Trump’s name is often associated with absurdity, there is a strategy to his insanity. Though a few may find him “absolutely mad”, this style seems to appeal to the larger crowd, which might be the main reason for his continued popularity.

As he takes oath this Friday, we wish him all the very best!