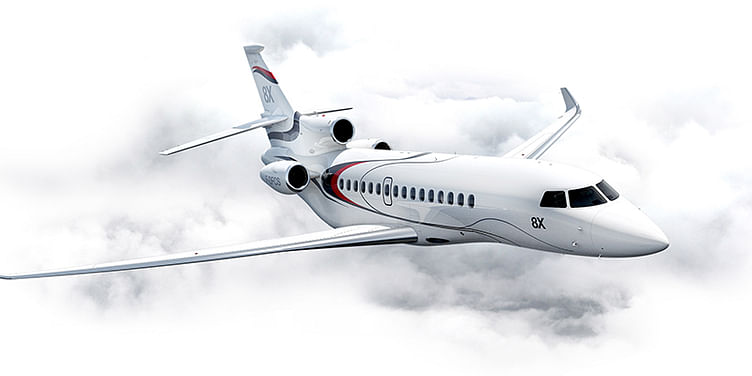 Aero India 2017, held in Bengaluru recently, was all about fighter jets like the Gripens, Rafales and F-16s, but it also attracted the likes of Mukesh Ambani and Ratan Tata who were at the event to take in the luxury jets.

In the chalet of a company called Dassault, the tycoons were more interested in Falcon's luxury jets. Sources say that both are customers of the company.

One can call these aircraft the 'Jaguar of the Skies', come as they do with leather interiors, crafted wood panels and luxury levers, all custom-made for clients who are global jet-setters. The high range of Falcon jets host showers, high-end TV sets and a room.

The cost of a Falcon aircraft ranges between $4 and 70 million and it has six types of aircraft. The Falcon 8x, which sources say the two tycoons have purchased, can fly all the way from Mumbai to New York on a single trip.

Falcon spokesperson Vadim Feldzer explained that these business jets can use London City’s 3,934 ft. runway, which means it can land on short runways. Falcon claims to be the only jet that offers 800 hours of running time before inspection.

The luxury jet market in India is only as big as 200 units sold and is dominated by Embraer, Airbus and Boeing. Falcon has sold 25 jets in India. There are other aircraft like Gulfstream G650s and Bombardier Global 7000 as well.

Most of these jets, when ordered, are delivered in less than a year. They are custom-made by the aircraft company and sold to operators who in turn lease or sell them to corporate leaders.

Feldzer told YourStory that many upcoming entrepreneurs and businessmen have shown interest in their aircraft.