Career vs family battle: Is it different for today’s working moms in comparison to earlier generations? 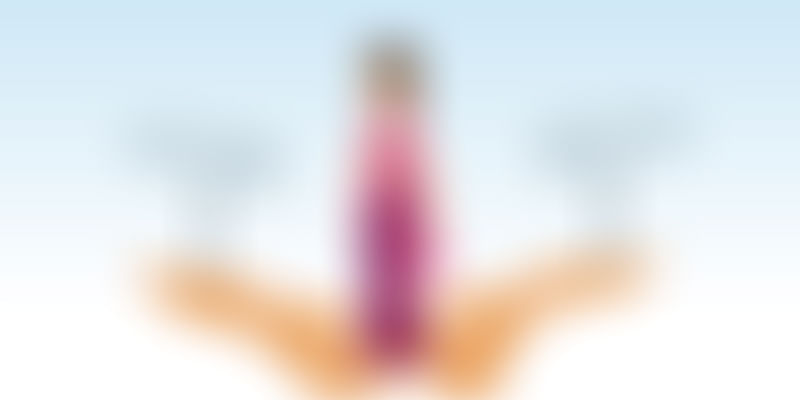 The working mothers’ career vs family battle. Is it very different from a generation ago?

A casual chat with my 80-year-old grandmother got me thinking whether the life of working mothers had changed much, even after half a century.

My grandmother started her career as a primary school teacher. She married my grandfather who was also a teacher. They had three children and both continued to have long and fulfilling careers. This was in the 1950s and 1960s, there were very few women and mothers who went out to work. My grandmother didn’t quit her job, despite questions and criticism from several quarters about her decision to continue working. She didn’t pay attention because she had a good support system at home. She had relatives who volunteered to take care of my mother and her siblings when they were young. My grandfather would help out too – churning the buttermilk, going grocery shopping, oiling the children’s hair, helping them with their studies and even managing their play time. He was considered a progressive man in his time.

Fast forward to today. I wonder if the world has actually changed for the better for working mothers.

One question that most pregnant working women dislike is whether they plan to get back to work after their delivery. And, if she does get back in a few months, she has to contend with raised eyebrows or taunts about choosing her career over the child.

In fact, in many organisations that have women-friendly policies, life isn’t easier for working mothers, and stereotypical attitudes continue to exist. This could range from being allotted work that isn’t up to her calibre, facing sarcastic remarks for leaving early, or having to take leaves more often than her colleagues because she has to tend to her kids.

I began reaching out to working mothers across sectors and generations to get a perspective of what their experiences have been like.

Shoba Koshy, Retired Chief Postmaster General, and present Chairperson of the Kerala State Commission for Protection of Child Rights, began her career seven years after she was married and had two kids. She says,

In those times, women had to discuss their career aspirations with their in-laws. So, I was apprehensive. But when I mentioned my desire to work to my husband, an IAS officer, he was supportive. When I passed the civil services exams, I got two kinds of reactions – my immediate family was extremely supportive, but several others were aghast as they thought it was inappropriate for the wife of an IAS officer to take up an equally demanding role in the Administrative Services. They believed a teacher’s role or any part-time job would have been a better fit.

How did she manage the demands of a career in the Indian Administrative Services?

“Well, mine is an atypical case. There were no stereotypical roles in the family. But there was one rule – someone had to be there for the children. It could be any one of us.” This, she says, enabled her and her husband to balance their career and family responsibilities with ease. She adds,

The family members at home have to be understanding. If you are not supported at home, you simply cannot work.

Despite this, she says, there were difficult choices she had to make. She let go of interesting assignments or opportunities that would have meant an overseas posting because of family interests. “This was purely a personal choice, however hard it was.” But working mothers inevitably have to make hard choices like these, between family responsibilities and career. Shoba believes whichever she picks, a working mother shouldn’t feel guilty, “because at the end of the day her family also benefits from her working.”

Growing up, both of Bindu Susheel’s parents were government employees. “There were times when I did feel I was missing out. For instance, every day after school, we had to take the key from the neighbour and let ourselves into our house. And, as children, you would see your friends being greeted at the door by their mothers,” she says. “Looking back, the feeling of missing something was temporary. From a long-term perspective, I feel there has been a lot of positive impact of growing up in a family with a working mother. You become independent, and develop individuality. You even start thinking about things like career aspirations or financial independence early in life,” she adds.

As a mother of two, the former IT professional, who is now a director in a social enterprise, believes that there has been a significant change in the attitude towards working mothers. “There is a sense of respect that the family feels by default for a working mother, as she is able to contribute to the household expenses. Also, her contribution in being able to elevate the quality of life is being recognised.” But, she adds, “That said, there is still a percentage of the population which thinks that mothers should stay at home taking care of kids and domestic work.”

Kanchana N.S. Bhat, an IT professional, agrees that there is a stigma associated with working mothers.

There’s this popular misconception that working mothers don’t make good moms. But I’m one myself, and I feel when a working mother is intellectually stimulated, that satisfaction has a positive impact on her family and children.

Workplace policies have changed for the better. But, does that translate into better workplaces?

Today, workplaces have become more supportive when it comes to catering to the needs of working parents, especially working mothers. From on-site crèches, discounted child care services, partnerships with play homes and daycare centres for toddlers, to parenting workshops, maternity counselling sessions, there are plenty of options available. Some companies also try to help working mothers balance their life and career choices, through perks such as increased paid maternity-leave, the option to take a year-long sabbatical, work from home or flexi-hours, among a host of others.

But, experiences of working mothers, hasn’t been all that positive. Says Bindu,

People in the workplace seem to be understanding and cooperative, but sometimes only superficially. Deep down, a few supervisors consider working mothers a liability and peers think it unfair that their colleagues leave office early or take unplanned offs.”

She further explains, “The pressure to prioritise family over career for a women is at its peak during when she has children. Even when she does gets back to work, she needs to focus substantially on the kids back home until they grow up to be independent enough to be able to take care of themselves. But, not many are sensitive to these needs.

While gender sensitivity training has become de rigueur across companies, the sessions are more generic and don’t focus on the specific needs of working mothers.

Bindu shares an experience related to this. “During an interview with a reputed Indian MNC, the interviewer asked me if I had kids and wanted to know how long my maternity break was. I was taken aback by his question. At the end of the interview, he deducted six months from my overall work experience, citing the reason that I had taken six months of maternity leave. I told myself that I would not like to work in such an insensitive environment that has no respect for motherhood or for women in general,” she says.

A senior communications specialist, Pratyasha Malakar got back to work when her daughter was a few months old. She says, “I have often found myself in a fix whether to work from home on days when my daughter is clingy. The hesitation stems from dreading the possibility that my manager will deny the request. Sometimes, even though companies have women-friendly policies, whether you get to avail them depends on the equation you share with your manager.”

A much-needed change and why it is W.I.P.

“My biggest support system is my husband. On days when one of us has to stay home to tend to the little one, we alternate. It’s not always me,” says Pratyasha. This statement strikes a chord with a lot of working mothers I interacted with.

Yet, in a lot of cases women are expected to take the lead when it comes to handling family responsibilities. Shoba Koshy says, “In my experience, I have seen that when children fall sick, need help to prepare for exams, or other related social situations, men expect women to take charge. I have seen a lot of women in the department taking leaves between January and March to tend to their kids. We are yet to break down barriers to a large extent when it comes to what working mothers are supposed to prioritise.”

Many agree that there is a need to question the division of household responsibilities such as taking care of children, leading to better understanding of how it is a shared responsibility between both parents. Shoba says, “Men and women need to be nudged in that direction. It will be a work in progress and will take sustained efforts for at least a decade or two to bring about that change, and for it to percolate across a cross-section of society.”

Bindu adds a vital point. There are some changes that women should implement as well. “She should understand that asking for help when needed, both at home and at the workplace, works well and is not a sign of weakness.”

“At some point, however brief (or not) it may be, a working mother might have to put everything else aside and just be a mother. If it’s a choice she has made, she should understand that it is definitely going to be ok. You can always come back stronger in your career and make up for all the lost time,” she adds.

Today, with an increasing number of women interested in pursuing a career even after they get married, one key question remains unanswered.As Pratyasha puts it,

I am ambitious and the thought of giving up my career because I became a mother never crossed my mind. But why are women expected to give up their jobs if they become mothers? Why does she face biases at home, at work, and everywhere else, just because she is a working mother?