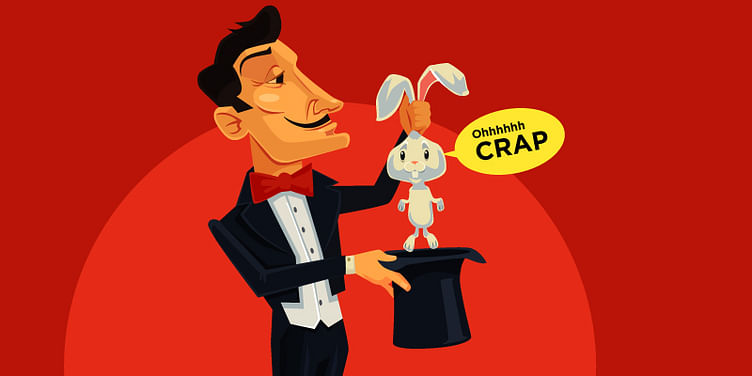 Advertising's core objective has been to tell a simple, credible story for consumers to discover new products and services. Also, it has always subsidised content for the consumer be it on TV, newspaper, or digital. While the consumer paid for the content whatever be nominal (TV or print), digital flipped it completely and made it free. Ads became the only source of revenue for digital publishers whose cost was across creating, hosting, curating, and distributing content.

Display advertising thus got served up to consumers alongside web content, search results or social media posts. Monetisation became a simple maths of reach and page views multiplied number of ads per page. Thus started a senseless race of slapping web/mobile pages with banner, popup, and full-page interstitials. Also, in order to scale, the ad formats became a standard be it X x Y banner size, a 30-second spot, or newspaper jacket ad. These ads, from an eye sore in the beginning became interruptive and intrusive, spoiling the whole user experience. Coupled with overload of media, the ‘skip generation’ has developed a complete distrust and distaste towards advertising.

The largest impact of rise of social media platforms like Facebook and Google on media companies has it been their ‘unbundling'. Previously, visitors would go to home-pages where the media companies would create and curate their content. They would go from one story to the other on the portals of, say a Yahoo, MSN or Rediff or even a Times or NDTV. However today, the content that used to be bundled together within a site has been ‘atomised’. The news feeds of these social platforms decide what you and I read. A telling example of the same we witnessed last year was when these news feeds turned the world upside down for both Brexit and US elections. This great unbundling has also changed the economics aka advertising of these “atomised” content. At one end it has concentrated too much power in hands of Google and Facebook and on the other end, it has changed the format from standard to byte-sized chunks, preferably in audio/video.

Mobile, which is 'always on', has transformed from a communication to a consumption device that is anytime/anywhere. Coupled with the rise of Gen Z, the narrative of advertising is about to change. GenZ are those born in late 90s and early 2000s who don’t remember a time before multiple social network exited. They have always lived in an era when one could simply Google and Youtube to find what they’re looking for and learn about anything.

As a result, they’re self-educated on far-ranging topics from politics to spirituality. This will lead to far more diverse interests and niches leading to larger variety of demographic and psychographic personas than have ever existed in history (longtail era finally). Brands will not be formed on what advertising tells them but what the GenZ generation tells each other through peer reviews and experiences. Agencies will need to have hundreds of pieces of creative that ultimately get targeted to hundreds of interest niches. It is the end of standardisation! Also, with so much reach and scale concentrated with platforms, publishers should start focusing on quality than quantity. It will be less about page views but more about quality of audience and their engagement of the content. The rise of publications in the west like BarStoolSports, Brit + Co, Refinery29, etc., to Snapchat demanding a much higher valuation of $20 billion because of its high daily active users vis-a-vis other platforms are testimony of this phenomena. Brands and their agencies will pay higher for this engaged niche audience. Closer home, the rise of InShorts or TVFplay and AIB are examples of "niche is the new mass".

Another fascinating research by cognitive neuroscientists has revealed that only five percent of our cognitive activities (decisions, emotions, actions, and behaviour) are conscious, whereas the remaining 95 percent is generated in a non-conscious manner. What it implies is that ad experiences, hence have to become more subliminal and subtle and not in your face, as done today. These forms of ads will be nonstandard and have to be painstakingly developed where brand will seamlessly dissolve in the content storyline as we see with TVF’s branded content stories. Several big publishers like New York Times, BBC, BuzzFeed, etc., have been launching content studios recently. Facebook and Google have huge in-house content teams that bode the rise of 'Native Ads' or branded/sponsored content.

What great branded content can do is provide right entertainment and value to the audience and yet convey brand features and benefits without spoiling the user experience, improving engagement and loyalty. The obvious question is about making money for the media companies Condé Nast’s native non-standard ads are now more than 50 percent of their digital ad revenue. We at Greedygame are also trying to do the same making ads beautiful within games.

The future of advertising, hence, is “fewer, better, non-standard ads.”