453 years after he was born, Galileo’s life remains as relevant as ever 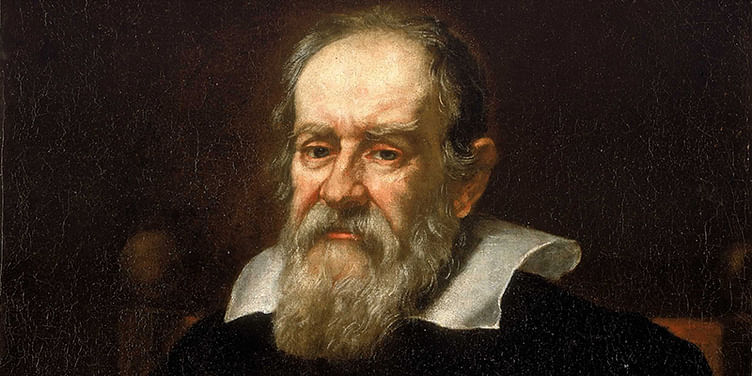 “Where the senses fail us, reason must step in.”

Our history textbooks told us about an eccentric man named Galileo Galilei who was persecuted for telling the world that it was indeed the Earth that revolved around the sun along with several other bodies. Clearly, that didn’t go too well with 16th century aristocrats, who harboured a strong distaste for the emerging iconoclasts of the empire. To them, the theories put forth by the legendary Aristotle were both absolute and impenetrable, and a challenge to the same was near considered blasphemy.

One of the most historical oppressions of free thought and speech, the ‘heresy trial’ placed Galileo under house arrest for his public observations, in which he remained for the final nine years of his life. His charge? Going against the religious morality of the times in his quest for truth.

Galileo was an active member of a society that witnessed the rise of the House of Medici in early 15th century Italy. It was a period that had yet to experience the radicalism of the Renaissance and the Reformation. The unchallenged and uncouth dominance of the Roman Catholic Church that was infamously intolerant of any views that clashed with their idea of Christianity thus set the trail ablaze for a man who had just told them that contrary to popular belief, they weren’t at the centre of the universe.

It would be prudent to mention that other than his discovery of heliocentrism, Galileo had also made a series of game-changing scientific discoveries such as the fact that heavier bodies did not adhere to gravity faster, the four satellites he found orbiting Jupiter, and his improvement of the Dutch telescope. For each of these discoveries, he was celebrated as a leading and eminent scientist, philosopher, astronomic, and mathematician of the royal court, because they didn’t disturb the rigid system of beliefs promoted by the Church. However, the minute he suggested that it was the sun at the centre of the universe with the earth rotating and revolving around it, all hell broke loose, so to speak.

While many may argue that there isn’t much else that could be expected from the collective mentality of the 15th century, the battle that sealed Galileo’s fate, between religion and science, continues to persist well into the 21st century.

The modern, educated individual may scoff at irrational belief, but it doesn’t make them any less real to the majority of the masses. The urban legends and ‘religious traditions’ that have been passed on for generations still have a small but effective influence on our everyday lives. And while science is no longer limited to manual observation through a first-generation telescope, it still often takes a backseat when it comes up in the race against religion.

Coming back to Galileo, a letter which he wrote to the Grand Duchess Christina of Tuscany was unearthed several years ago and is now a part of Discoveries and Opinions of Galileo. In the letter, he speaks about how while he would not dare disrespect the idea of God and religion, he didn’t believe it to be the single reason to all the world’s happenings. Diplomatically professing his respect for his fellow citizens, he ranted about the hypocrisy of the idea that science and truthful experimentation cannot trump the laws of ‘nature’ fixed by the Roman Catholic Church.

“Showing a greater fondness for their own opinions than for truth they sought to deny and disprove the new things…hurled various charges and published numerous writings filled with vain arguments, and they made the grave mistake of sprinkling these with passages taken from places in the Bible which they had failed to understand properly, and which were ill-suited to their purposes,” he wrote.

He also pointed out the natural tendency of human beings to riot against the forming of a new opinion, because propagating an age-old one, which is both popular and easily accepted, is far simpler than having to re-learn and re-affirm all over again.

“And the smaller number of understanding men could not dam up the furious torrent of such people, who would gain the majority of followers simply because it is much more pleasant to gain a reputation for wisdom without effort or study than to consume oneself tirelessly in the most laborious disciplines,” he stated.

While society today may be more open-minded to a new discovery or idea than in the 15thcentury, people are also now more free in their attempts to discredit those they don’t agree with simply because they clash with their own beliefs (forced or not). To this, Galileo put it the most candidly:

“Let them freely admit that although they may argue that a position is false, it is not in their power to censure a position as erroneous…Let us rather confess quite truly that those truths which we know are very few in comparison with those which we do not know.”