Garrett Gee, the man who sold his company to Snapchat for $54 million, is travelling the world without tapping into his savings 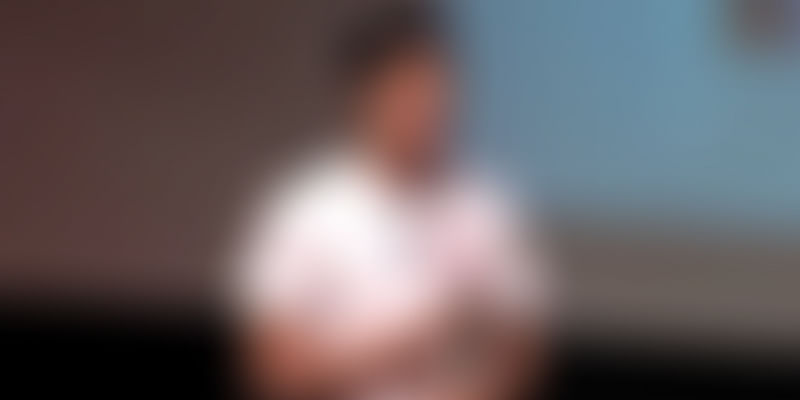 You’ve probably heard of people travelling the world after creating sufficient funds. But have you heard of the people who created their funds through travelling?

That’s the story of 28-year-old Garrett Gee, former Co-founder of Scan, which was acquired by Snapchat for $54 million in 2014. The company, which was formed in 2011 by three friends, Kirk Ouimet, Ben Turley, and Garrett, had created a technology that Snapchat later used to develop the ‘Snapcode’.

For those living under a social media rock, the little black dots which populate the Snapchat icons and allow users to scan and discover each other with their smartphone camera are the job of the Snapcode.

While Garrett enjoyed the entrepreneurial drive which led him to create Scan, he soon grew weary of life at the office and began to crave for a getaway – a long one. Speaking to Business Insider, he confessed that while he loved what he was doing, he didn't like the path he was on. So he told his cofounders he wanted to move back to Utah.

His co-founders complied but had one clause – that he help them raise the numbers before his exit. To this end, the trio appeared on ABC’s Shark Tank, where they first caught the interest of the Snapchat founders.

As per the acquisition, the three Co-founders of Snap received a handsome sum for the company. So when Garrett finally decided to leave the company, he had his coffers well-endowed. However, he decided to do something very interesting. A nomad at heart, the 28-year-old decided to travel the world with his wife, Jessica, and two young children, only not out of the money he’d made out of the acquisition. Instead, the couple raised $45,000 from holding a garage sale, where they sold off all their belongings to finance a six-month round-the-world family trip.

The aim, as Garrett put it, was to not spend a dime out of the money he had in his account from Snapchat.

Now this is the part where you may be wondering how the family managed to execute this plan with a stipulated amount for as long as they did. Well, Garrett may have temporarily turned his back on the world of technology, but he would always be an entrepreneur at heart. The couple decided to start building on their social media traction and build a brand on the basis of their current travel-itinerary itself.

They began to use all the popular platforms – Facebook, Instagram, YouTube, and Snapchat (naturally) – to document their travels and also turned towards blogging. 18 months into launching their brand, ‘The Bucket List Family’, they received over 455,000 followers on Instagram and 41,500 YouTube subscribers. Keeping a tab on their massive and now influential social media following, travel companies began reaching out to the family for promoting their services.

“At first they were just offering us accommodations or flights in exchange for marketing exposure through our social media. But then, as our community continued to grow, they began paying us as well. Right before we had spent through our initial $45,000, we turned the corner and became profitable,” said Garrett.

The couple spend about 20 hours a week promoting their brand, which essentially catered to the tourism industry on a larger scale and to travel services on a more specific basis. As a result, through intelligent brand marketing and an unconventional entrepreneurial idea, the family has still not tapped into their (Snapchat) savings despite having been on the go for over a year now.

“I'm young and I want to keep my hard working entrepreneurial spirit alive and well! I don't want to get comfortable. I don't want to settle down. So for me, I'm starting back at zero and building my way up. Again,” said Garrett.

Garrett’s story perfectly exemplifies the phrase ‘making money out of what you love’. As for his savings from the acquisition, he states that it will be invested into something worthwhile and benefitting in the long-run.