Infy's rare press meet: Seshasayee admits he would have done some things differently 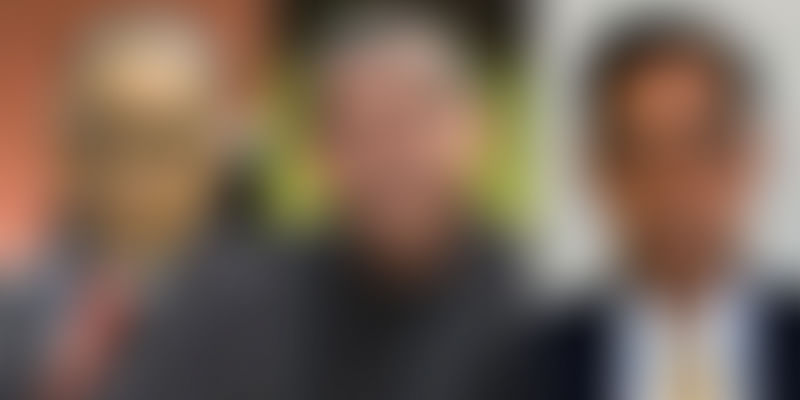 'This is not a battle,' said chairperson of the (independent) board of directors at Infosys, R Seshasayee, at the rarest of rare press conferences called for by the IT services giant, where speaking to the media wasn't the means, but the end itself. And understandably so, as the non-executive promoters of Infosys, discontented with a series of decisions taken by the board, used various mouthpieces, including the media, to voice their concerns. This is also perhaps what prompted Seshasayee to say, “You have lots of questions and we will answer each of them. You (the media) have been describing it as a battle but there are no conflicting parties; what we have here a few stakeholders and founders and nothing but best interests of the company at heart.”

“We have done well in performance in revenue terms, customer satisfaction, or opening new frontiers. We have upheld values. But these are not easy times,” said Vishal Sikka, the first non-promoter CEO of Infosys.

For the uninitiated, the Infosys board has been under fire for a series of calls — taken over the span of nearly two years — that became points of contention with the company's founding fathers. Among these was the company spend on Sikka in terms of his salary as well as the expenditures incurred towards his travel and lifestyle while at work. The founders and ex-members have cited deviations from ideal corporate governance practices as a cause for concern. The lofty severance packages granted to other departing executives like former CFO Rajiv Bansal were also questioned, and several conspiracy theories emerged when Narayan Murthy publicly sought justifications.

The Infy founders also aired disapproval upon the appointment of Punita Sinha, wife of then-Union Minister of State, Finance (currently, Minister of State for Civil Aviation) Jayant Sinha as an independent director. Sikka, who was shuffling in and out of events all day — including a closed-door meeting with their individual investors, must have presumably been trying to pacify them after this turmoil threatened to hurt the company's brand equity. In that regard, the press conference was to provide increasingly worried shareholders some reassurance about all the matters at hand, which were addressed in a systematic manner.

Reading from what looked like a list of talking points, Seshasayee chose to open by clearing the air over the appointment of Sinha, which was touted to be a nepotic move. “Punita Sinha is a very accomplished person with high academic achievements and a sound professional background,” he said, adding, “A woman should not be judged by the profession of her spouse. In fact, we are proud of our rich diversity; we have three woman directors."

Taking the opportunity to assure trackers of the ideology behind Prahlad's hiring, Seshasayee said, “He qualifies under all the criteria laid down by the legislation, and in spirit. He was suggested to us by the founders when we were looking for someone with a deep knowledge of the company's work. But we applied the due process before the appointment.”

Denying that there were any governance issues, Seshasayee stated that Sikka's package was commensurate with global standards, and was structured to provide him with the necessary motivation to work passionately towards steering the company to its future.

In his last salary revision, his compensation was raised to $11 million, of which the fixed component was brought down from $5.08 to 4 million, and the variable component was raised considering his role in the stability of the company, according to Seshasayee. The latter was linked to his performance — tied to a very high level of targets. “Aligning the CEO's compensation to the shareholders' value creation is a very contemporary practice. The process we went through was having a professional consultant arrive at a global benchmark, comparing it with that of peer companies. It was designed to ensure that we motivated Vishal to lead this company,” he explained. Infy claims that more than 98 percent of the board voted in favour.

Yet, there are some shareholders who believe that this level is excessive. “We do acknowledge that there could be equally valid viewpoints that would be different from our viewpoints, but we applied our heads and did what we had to for the best interests of the company and vast majority. Normally, the package is approved by the board and then taken to the shareholders, but we felt it was important to get shareholders' approval before we commenced the new package. That is good governance," Seshasayee stated.

Sikka revealed that Bansal was a great CFO, but had chemistry issues with the team.

When Bansal parted ways with Infosys, the severance pay agreed upon was Rs 17.38 crore, of which the company says he received only Rs 5 crore. The remaining sum was withheld until the necessary clarifications. “In retrospect, I have no hesitation in admitting that this judgement would have been different had the circumstances been different, or the processes were in place. There was subjectivity in determining this amount. But it would serve everyone's interests better if this subjectivity was taken out and we have a more defined process. We thus instated a process and defined what severance would be payable in certain geographies, for different levels, benchmarked that, and wrote new employee agreements,” Sikka stated.

He insisted it was a business judgement resulting out of the “application of mind” by the board, and this amount was agreed upon, and hence, the speculation that it may have been “hush money” was “deeply disturbing” to him. An anonymous whistleblower raised this question, which Infy chose to pursue even as the whistleblower opted out of the proceedings. “When the first anonymous whistleblower complaint was made, we looked at it regardless of it being anonymous or not signed. We responded saying if you can give this complaint to a law firm and we will pay for it. We asked twice but received no response. We then gave it to an independent law firm, shadowed by statutory auditors. Found that there was no intention to silence," he said.

David Kennedy's employment contract itself specified, that in the case of separation not for cause, 12 months' pay would be the severance package. “It is the duty of the organisation to honour the agreement. Everything was done in compliance and the advice of profesionals, and hence, we made full disclosures,” he said.

Profligacy of the CEO

With the CEO of an organisation built on the stilts of frugality repeatedly spotted using the most luxurious means at his disposal in the course of his duties, Seshasayee felt it necessary to point out that Infosys doesn't own a corporate jet. He said Sikka travelled 50,000–60,000 km each in November and December, around 8 percent of which was by chartered flight.

“You bring the perspective on this. Focusing on the cost without focusing on the value is inappropriate. If we expect the CEO to be contacting customers, to travel this much, to fulfil his responsibilities, it is important to equate cost and value,” Seshasayee opined.

Being questioned about the lavishness of the Palo Alto office, Seshasayee stated that it was chosen as Sikka thought they should have a place on the high street, that the rent was signed off on, and that once again, “what is being picked up is one number, without understanding the true value."

Upon being asked whether he was hurt by Narayan Murthy's constant “breathing down (his) neck,” Sikka categorically stated that they had a great working as well as personal relationship. “There are no differences with Mr Murthy. I have a very heartfelt relationship with him. Earlier today, I was talking about the Apple Watch with him. I deeply value Narayana Murthy's advice, which also means I value his criticism," he said.

Governance, a matter of perception

Seshasayee acknowledged that the organisation has been built on very strong governance and that as trustees, it was their duty to uphold its values and enhance them. "We are all committed to principles of governance. That there is a lack of governance is a matter of perception.” Upon being asked what he felt about the rumours that he might be replaced, or asked to share his position with a co-chair, he said, “As far as I am concerned, the shareholders have given me a job. The board has given me a job. I will do it until they say 'You haven't done your job, go home'. I will do my job."

In conclusion, Seshasayee mused, "We live in a glass house. And it is good as it gives enormous responsibility. But please do not stare at us too long. We do engage with our promoters, our 80,000 shareholders, employees, management, and investors. And have a job to do. We have learnt a lesson and will make a judgment. We will retain our gold standards of governance."