10 times ISRO has made every Indian proud 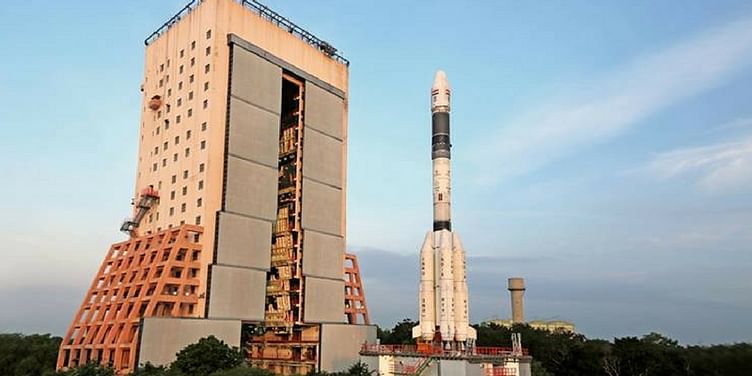 Indian Space Research Organisation (ISRO) has had many remarkable milestones since their launch in 1969. They have time and again proved that they completely stand by their vision to 'harness space technology for national development'. Their achievements over the years has created a standard par excellence for other government agencies as well.

Here are the 10 times that achievements of ISRO has made every Indian feel proud.

Created a world record by launching 104 satellites in single mission, 2017: On February 15, 2017, ISRO created history by lifting off 104 satellites using the Polar Satellite Launch Vehicle (PSLV), an Indian rocket. The launch took place on the Sriharikota spaceport in Andhra Pradesh and successfully managed to put these satellites into their desired orbit in one go. 101 were foreign satellites out of the 104 launched. It also included the Cartostat-2 series, India's earth observation satellite.

Mangalyaan or MOM, 2014: Thanks to ISRO, India became the first country to successfully reach Mars in its first attempt. ISRO also became one of the only four space organisations to have reached the red planet, apart from NASA, Soviet Space Programme and the European Space Programme. Mars Orbiter Mission or MOM had a budget of just Rs. 450 crore, making this Mars mission the least expensive till now. The goal of the mission was to collect more data on the atmosphere of the planet.

Chandrayaan 1, 2008: On October 22, 2008, a 312 days unmanned lunar mission was launched. It was India's first mission to moon and was a breakthrough in its space mission as it was one of the only six space organisations to attempt this. The aim of the mission revolved around understanding the entire topography and chemical characteristics. Though, ISRO lost contact with Chandrayaan but it was after the country's national flag was proudly hoisted on the moon.

Heaviest Commercial Mission, 2015: Heaviest commercial mission was taken up by ISRO where they launched 1440 kg of load. Five British satellites were launched as part of the mission using Polar Satellite Launch Vehicle-C28 on July 10, 2015. This commercial installation mission was launched from Sriharikota and included three optical earth observation satellites of 447 kg each along with two auxiliary satellites.

Space Capsule Recovery Experiment (SRE-1), 2007: On January 10, 2007, an Indian experiment spacecraft was launched using the PSLV C7 rocket from Sriharikota. It was launched along with three other satellites to display the ability of recovering an orbiting space capsule. The intention was to test other things such as Thermal Protection System, management of communication blackout, navigation, guidance and control, etc. Before reentering the atmosphere of the earth and diving into the Bay of Bengal, the capsule stayed in the orbit for 12 days.

Indian National Satellite System (INSAT), 1983: Launched by ISRO, INSAT is a series of multi purpose geostationary satellites. It helped with telecommunications, broadcasting, meteorology, and search and rescue operations. The satellites built a communication system all across Asia Pacific region. There are nine working satellites in the group.

GLSV MK3, 2014: ISRO launched GSLV-MK3 on December, 2014, that has an Indian made crew capsule which can carry up to three astronauts to space. India will become a part of the exclusive group of space cruising nations which can take humans to space. It is one of the heaviest rockets and is capable of carrying 4 tonnes of load. Now, ISRO is planning to launch GSLV MK4, the next level of this operation, which would be able to carry 6 tonnes.

Reusable Launch Vehicle (RLV): These space shuttles were built at a very low cost of Rs. 95 crores.The intention was to reduce the satellite costs and these are reusable space shuttles.

Aryabhatta, 1975: Aryabhatta is India's first satellite and has been named after the famous astronomer. It was the spacecraft to be entirely built in the country making a breakthrough in space missions.