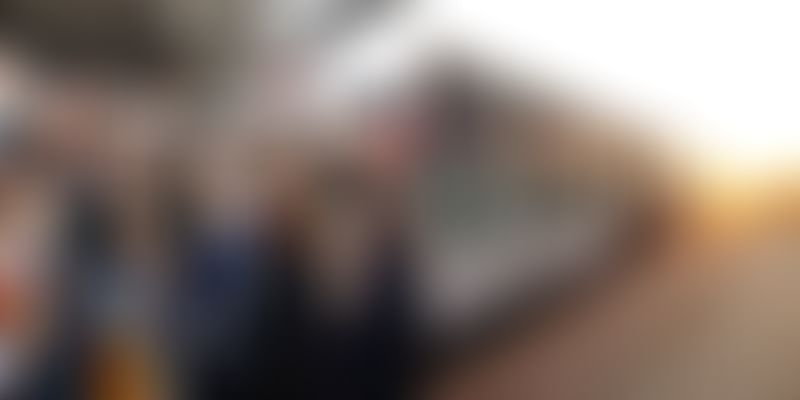 The ninth edition of Jagriti Yatra, an 8,000 km train journey across the length and breadth of India, was concluded in January this year. The train with 480 ‘yatris’ onboard stopped at 12 locations where the yatris, mostly young men and women, were exposed to the problems at the grassroots of our society, and how citizens can intervene.

Over the 15 days of the train journey, the yatris visited the Kalkeri Sangeet Vidyalaya in Dharwad; the Naval Dockyards of Visakhapatnam; the ruins and new university campus of Nalanda, Bihar; a small village called Barpain Deoria; Barefoot College in Tilonia, Rajasthan; and Mahatma Gandhi’s Sabarmati Ashram; among other places.

At each of these locations, the young 'yatris' met and interacted with role models from across the country who are engaged in solving social and economic issues through their NGOs, social enterprises, activism, and social work. These role models included Anshu Gupta from Goonj, Joe Madiath from Gram Vikas, Berhampur; and Dr. Govindappa Venkataswamy from Aravind Eye Care, Madurai; among others.

The journey commenced on December 24, 2016, from the Tata Institute of Social Sciences campus, Mumbai, and reached Dharwad on December 26. Here, the ‘yatris’ visited Kalkeri Sangeet Vidyalaya, a unique school that teaches music along with academia to underprivileged children.

On December 27, the Jagriti train disembarked at Bengaluru. A first of its kind Jagriti Enterprise Mela (JEM) was organised at the Mount Carmel College, where enterprises working with social focus were invited to showcase their work and interact with the yatris. These enterprises were engaged in different sectors, including education, agriculture, health, manufacturing, and arts.

On the fifth day of the yatra, the yatris visited the Aravind Eye Care Hospital in Madurai. The eye hospital has been working tirelessly to prevent and cure blindness since 1976. Founded by Dr Govindappa Venkataswamy, it has grown from 11 beds in a small building to a network of over 4,000 eye hospitals spread across India, where over 65 percent of all surgeries are performed either free of cost or at a heavy subsidy.

On December 29, the yatris visited Sri City, an industrial park located along NH5, about 55 km from Chennai.

On December 30, the Jagriti train reached Vizag, where the yatris visited The Akshaya Patra Foundation and saw the working of its kitchens. These kitchens make the best use of staff and technology to provide midday meals to over three million government school children across India. The organisation has an ambitious aim to feed five million children by 2020 and aims to eradicate hunger in times to come. During the evening, the yatris also visited the Naval Dockyards.

The scenic villages of Berhampur welcomed the yatris on New Year’s Eve, where they visited Gram Vikas Foundation, an organisation spearheading water and sanitation revolution in the region through rural development.

On a foggy winter morning, the yatris visited the ruins of Nalanda, Bihar. Located 55 miles from Patna, Nalanda was the largest residential centre of learning in the world with a nine-floor library. The Buddhist centre of learning was operational from 427 to 1197 CE partly under the Pala Empire. The first stop of the New Year also included a visit to the new campus of the Nalanda University where the Chairman and senior faculty members met and addressed the yatris.

On January 3, as North India struggled with crippling cold, the yatris reached Barpar, a small village in where the Jagriti Sewa Sansthan was born almost 20 years ago. This was the first night off the train for the yatris, ever since they had embarked on the yatra. Here they witnessed first-hand, the struggles for basic necessities in rural India.

Over the past days, the yatris had been building their business plans in sectors including agriculture, healthcare, energy, education, water and sanitation, manufacturing, arts, sports, and culture. Deoria presented an honest and meaningful ambience for these plans to be presented, validated, questioned, and if need be so, rejected.

The Jagriti train reached Delhi on January 5, where the yatris visited Rajghat. They also visited Goonj, an NGO that uses under-utilised urban material, primarily clothes, as a development resource for the rural India. Anshu Gupta, a social entrepreneur and Founder of Goonj, explained how clothing has remained an unaddressed need which deserves sincere attention.

On January 6, as the yatris reached Tilonia, a small village in Rajasthan’s Ajmer district, they met Bunker Roy of the Barefoot College. Bunker Roy is a social and rural activist who started Barefoot College in 1972. The NGO has since then, done significant work in the field of education, women empowerment, water scarcity, skill development, drinking water, electrification through harnessing solar power.

The Yatra reached its conclusion at Gandhi Ashram, Ahmedabad. Built by the serene riverbanks of the Sabarmati River, the ashram made for a perfect setting for the yatris to reflect upon their transformative journey, before they reached Mumbai the next day.

Here are a few pictures that capture the journey very well.