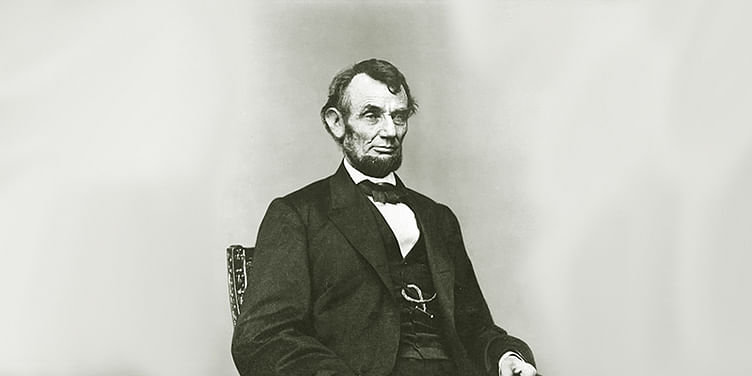 “Of the people, for the people, and by the people.” These were the words promised by the 16th President of the United States of America, Abraham Lincoln. Considered one of the most impassioned declarations made by any political leader across the world, it was a part of Lincoln’s famous Gettysburg Address during the turbulent Civil War.

History books remember Lincoln as the President who ended the brutal practice of slavery in America, granting ‘freedom for all’ – unsolicited and absolute in every form, which ironically is not echoed by the recently elected President, Donald Trump.

Lincoln knew how to administer a country of millions despite the confluence of ethnicities and clashing cultures. In 1861, when the Civil War broke out with the Confederates attacking Fort Sumter, Lincoln was a key figure in implementing talks and measures on abolishing slavery, preserving the Union, fighting to strengthen the weakening federal government, and finally bringing about modern economic liberalisations.

While Lincoln’s personal story of self-educating to give up a labourer’s life to pursue law and eventually pulling the right strings into politics is a passionately inspiring one, we would like to remember his legacy as a leader on his 208th birthday instead. What we can learn from him continues to hold relevance even today.

Build a team that challenges you

“A house divided against itself cannot stand.”

Diane Coutu, a Pulitzer Prize-winning historian who authored Team of Rivals, an account of Lincoln’s commendable leadership during the Civil War, states that his strength lay in mitigating the short-term risks in light of the greater picture. This, she states, can be seen in the kind of individuals he brought together to form history’s most ‘unusual cabinet’. For instance, he brought names like Edwin Stanton and Salmon Chase – both who had attempted a shot at the Presidency – into his core advisory committee. This was because despite internal differences, he realised that these were the most brilliant minds of the time and working together with them would help only the nation in the greater scheme of things.

Business leaders should learn from this and realise that the essence of a strong team doesn’t lie in its members being of the same civil accord. Instead, it is important to build a team which will challenge you to the end and refuse to let you get complacent. The victory, in the end, will be for all.

Have a clear vision

“Give me six hours to chop down a tree and I will spend the first four sharpening the axe.”

The greatest instance of Lincoln’s vision can be seen with ‘The Compromise of 1850’. Afraid that this would allow states to expand the hated practice of slavery, Lincoln had the presence of mind to link the Declaration of Independence to the Constitution, which managed to forestall its spread. And it was just his first step into reducing its existence in the nation overall.

Leaders should realise that it’s always possible to achieve an overall objective. You need to play around and through it step-by-step. So by the time you reach the end goal, it will be all the simpler to procure it instantly.

“You cannot escape the responsibility of tomorrow by evading it today.”

William Herndon, Lincoln’s law-partner, had famously observed that the latter was always calculating and constantly planning ahead. His dream for America faced seemingly insurmountable challenges, and it was his foresight and understanding of these challenges that gave him the solutions beforehand. He even described Lincoln’s passion to abolish the system of slavery as ‘a little engine that knew no rest’.

Humans are designed to put off the difficult tasks for later when the present gets too overwhelming. However, it’s important to take a leaf out of Lincoln’s book and be proactive today, because what you do today, could make history tomorrow.

Making mistakes and learning from them

“I am a slow walker, but I never walk back.”

Lincoln’s weakness was people; he always wanted to make those around him happy, which while is a great trait on one hand, would often work against him when it came to ruling the nation. As a result, he would often end up cleaning up the mess made by people he should have let go of much before, like George McClellan, the head of the Union Army whose ineptitude led to more casualties than the American military could afford. However, Lincoln was always quick to learn from his mistakes, and this episode, and similar others, taught him to appoint important personnel with greater caution and observe them carrying out their responsibilities, and take over where required.

Similarly, as a business leader, you may sometimes make relations with unsuitable individuals who are not tasked for the responsibilities and the company may have to suffer the consequences. However, it is all part and parcel of learning at the job, and you will only learn to do better in the future.

Abraham Lincoln was a man who dedicated his life to his dream, of making America a beacon of hope for the disillusioned and a shelter for the abandoned. And it is his relentless belief in the same which helped it become the super-power it is today.