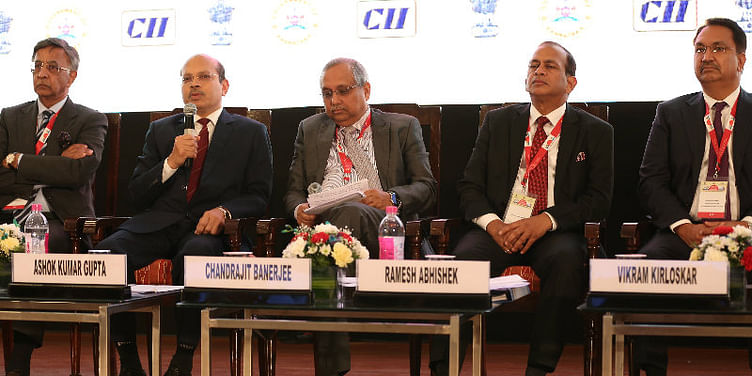 India holds the dubious distinction of being the world's largest importer of military hardware; it imports more than 70 percent of its defence requirements. Most of the rest, including the basic needs, are met by public sector undertakings. The government is keen to cut dependence on imports through its Make in India push, which is centred on greater private sector participation in the high-tech areas of aerospace and defence, opening of the defence sector to 100 foreign investment, and the offset policy designed to protect the domestic industry.

Besides, the country is seeing an unprecedented expansion of its civil aviation sector, which is expected to become the third largest in the world after China and the US by 2020. Growing prosperity over the past two decades has led to an exponential increase in domestic and foreign air travel. In fact, in 2016 India saw the highest domestic passenger traffic growth in the world for the second year in a row, with nearly 100 million passengers flying on domestic routes. The new National Civil Aviation Policy 2016 has given further impetus to the sector. All this has necessitated an ever increasing demand for aircraft.

Gupta informed that the government is also encouraging foreign OEMs to tie up with domestic industry. "There is a huge domestic demand that can be leveraged by foreign OEMs through tie-ups. The mindset towards domestic vendors has changed a lot. In 2015–16, a total of 141 contracts have been signed under capital procurement, out of which 91 contracts have been lying with domestic industry," the secretary said.

Karnataka, with its conducive policy environment and abundant talent pool, is ideally placed to benefit from the central government's manufacturing push. The state already has a head-start over its counterparts by being a manufacturing base for both defence and commercial aerospace.

The city has been home to state-owned Hindustan Aeronautics Limited since 1964, the largest aerospace and defence company in the country. Its presence has not just given a significant push to the aviation industry in Karnataka, but also spawned several defence public sector undertakings and R&D institutions in the state. Besides, multinational companies like GE Aviation, Airbus Group, Honeywell, etc., have also made significant investments in the state's aerospace industry.

Gupta noted that domestic procurement by the OEMs had risen significantly over the past three years. In 2014–15, 60 percent of the capital procurement was being done from domestic sources and that number had surged to 63 percent in 2015–16. “Domestic manufacturing has to be supplemented by exports, and we have done lots of facilitation in exports.We are creating vendors that are part of the global supply chain. Foreign OEMs are looking for Indian partners who can contribute to the global supply chain,” said Gupta.

On its part, the Karnataka government has proposed to set up an Aerospace Common Finishing Facility (ACFF) in Bengaluru to support MSMEs in the aerospace sector. Besides, 30-40 percent of the land in aerospace parks will be reserved for small and medium enterprises (SMEs) in the aerospace sector, and they will be granted enhanced incentives so as to provide a level playing field and enable them to compete with the large players.